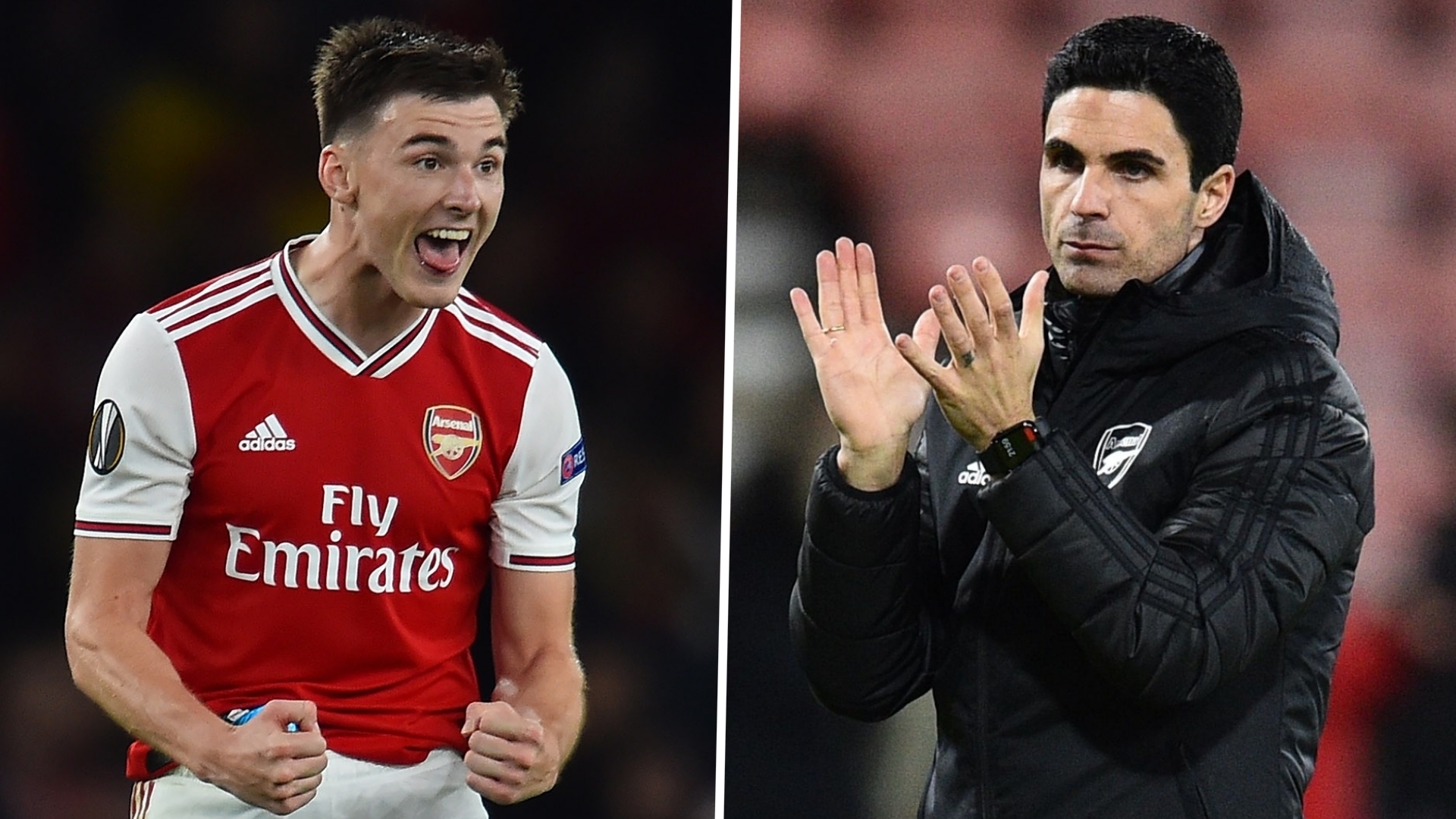 Mikel Arteta has shot down any suggestion that Kieran Tierney could leave Arsenal when the transfer window opens.

The left-back arrived at the Gunners last summer in a £25 million ($30m) deal from Celtic, but has endured an injury-hit first season in north London.

That led to some suggestions that the Scotland International could be moved on, with his former boss Brendan Rodgers said to be lining him up as a potential replacement for Chelsea target Ben Chilwell at Leicester City.

But having returned to full fitness during the coronavirus-enforced shutdown, Tierney has become a regular since the restart - starting six of Arsenal’s seven games, with his performances earning widespread acclaim.

And ahead of Sunday’s north London derby at Tottenham, Arteta put an end to any suggestion that the left-back could be one of the players who leaves the Emirates this summer to help fund a rebuild.

“He’s not going anywhere,” said the Spaniard. “I really like him.

“I’m very impressed him. Everybody loves him at the club and he earns that every single day with the way he treats people, the way he works and the energy he brings to the place.

“And then with his performances, I am delighted. He has adapted really well, he is a player that gives you everything in every session and every game. And the quality he has added as well.

“He’s still so young, he has things to improve obviously but he’s been a great addition to the team.”

Arteta admits that Tierney has endured some difficulties since leaving his boyhood club Celtic and making the move to England last summer.

He arrived injured and then after battling his way back to fitness he dislocated his shoulder against West Ham in December and found himself sidelined for a further three months.

But the 23-year-old is now reaping the rewards for the way he worked during those tough moments, according to Arsenal's head coach.

“In Glasgow he was at a club that was winning all the time where he was very settled. It was a challenge for him and he’s been dealing with that in the best possible way, with some difficulties.

“He needed the club to support him, he needed his team-mates to make life easier for him and we all tried to help him. But you help him with pleasure because of what he brings and how willing he is all the time to work and improve.”