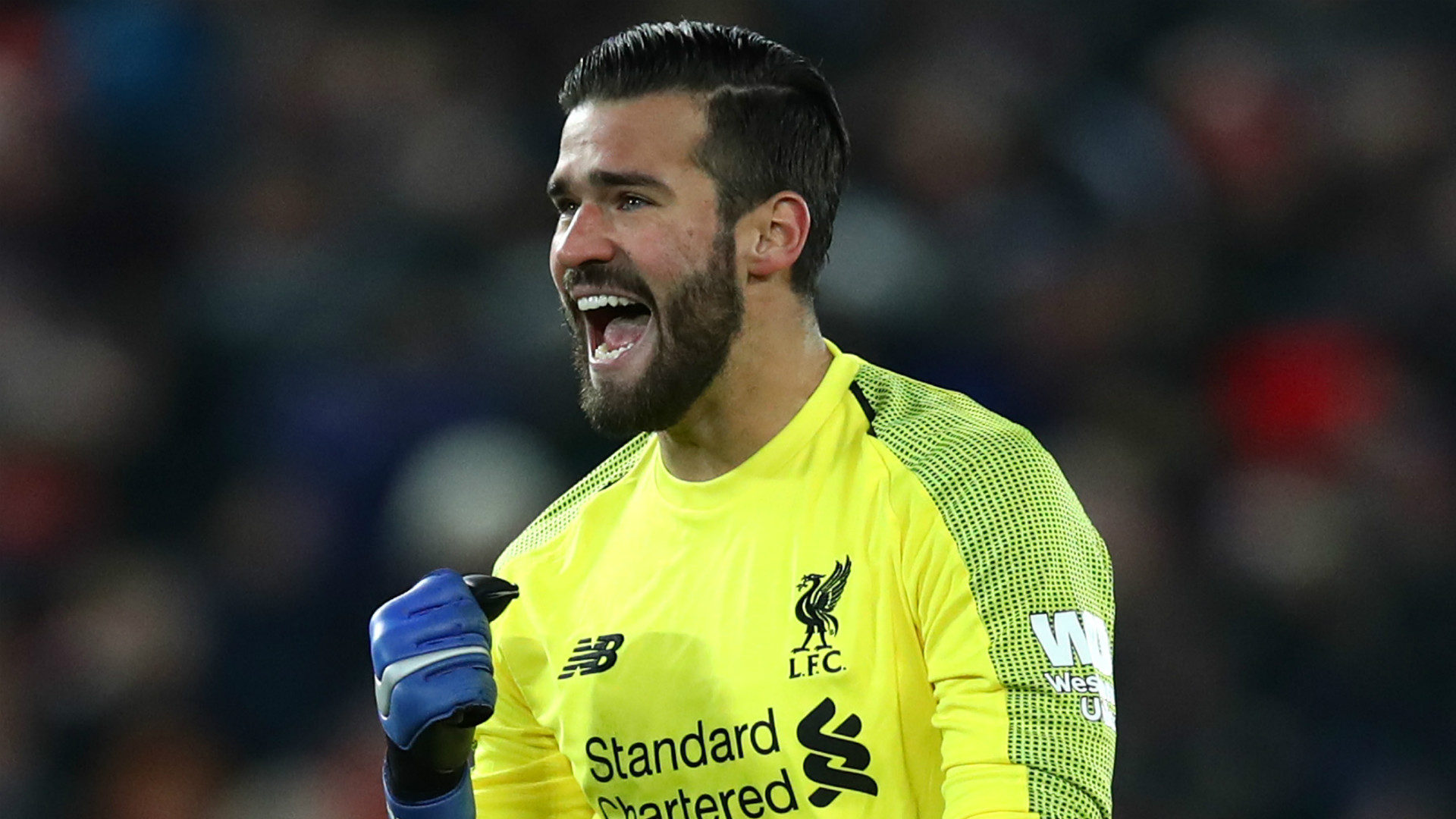 Liverpool may have missed out agonisingly on the Premier League title despite Sunday's win over Wolves, but there was some consolation for goalkeeper Alisson in the shape of the Golden Glove award.

The Brazil international kept his 21st clean sheet of the season to help the Reds to a 2-0 victory, which ultimately proved insufficient to topple Manchester City from the summit.

Sadio Mane netted both his side's goals to move on to 22 for the season, meaning he shares the Golden Boot with team-mate Mohamed Salah and Arsenal's Pierre-Emerick Aubameyang.

Ederson had also been in the running for the goalkeeping award having gone into City's game with Brighton on 20 clean sheets, but conceded early on to Glenn Murray to end his chances.

Pep Guardiola's men stormed back with goals from Sergio Aguero and Aymeric Laporte to move back ahead of Liverpool, before Riyad Mahrez and Ilkay Gundogan sealed a 4-1 win in the second half.

City thus retain their crown, finishing a single point ahead of Liverpool on 98 and 97 respectively in what has been an historic campaign for the two near-invincible challengers.

Alisson becomes the first Brazilian ever to win the Golden Glove, a prize which has run since 2004-5 and is given to the goalkeeper who keeps most clean sheets over the course of each season.

His tally of 21 shutouts, moreover, is the joint-second highest since the award began, a distinction he shares with former United idol Edwin van der Sar.

In both breaking 20 Ederson and Alisson are also the first goalkeeping pair to reach that figure in a single season since Van der Sar and Pepe Reina in 2008-9.

Cech still holds the overall record, having kept 24 clean sheets for Chelsea in 2004-5 to help the Blues to title glory under Jose Mourinho.