Chelsea have added a host of attacking talent this season, who have been rightly lauded on their 16-game unbeaten run - but it was Kurt Zouma who provided the big moment with his header against Leeds United .

Marcelo Bielsa will have looked over every detail in preparation for this game, but there was nothing his analysts could do about Zouma's physicality in the 3-1 defeat . The Argentine admitted that set-pieces were the difference after the match.

"We failed to neutralise them in this aspect and in the end it was an important factor in the result," Bielsa said at Stamford Bridge.

That aerial presence has been a small detail which has had a huge impact for Chelsea this season, with the 26-year-old seemingly winning everything in both boxes.

It has led to him being recalled by France, and it has turned Frank Lampard's previously weak defence into one capable of challenging for titles.

Zouma has won 74.5 per cent of his duels this season in the league, which puts him among the top 20 players in Europe. That dominance marks him out as Thiago Silva's perfect partner.

Furthermore, Zouma is showing the goal-scoring ability that both John Terry and Gary Cahill have provided in recent title-winning seasons.

Zouma scored his fourth goal of the season against Leeds, which means he has twice as many strikes as the next highest-scoring Premier League defender. Around Europe's top-five leagues, only RB Leipzig's full-back turned winger Angelino has scored as many as Zouma in all competitions.

That's as many as Sadio Mane, Riyad Mahrez and Timo Werner, and one more than Marcus Rashford 👀 pic.twitter.com/W7KVo0Bdzw

The 3-1 win propelled Chelsea to the top of the table, as Lampard's project - which has tied £220 million ($275m) of new signings with academy players - continues to blossom.

Zouma is neither homegrown nor new, but his improvement has been dramatic. It has come out of a spell of hardship, having already been a regularly-starting Chelsea player under Jose Mourinho as a 21-year-old in 2016.

As a younger player Zouma was considered a wonderkid, but a torn cruciate ligament impacted the defender both mentally and physically. 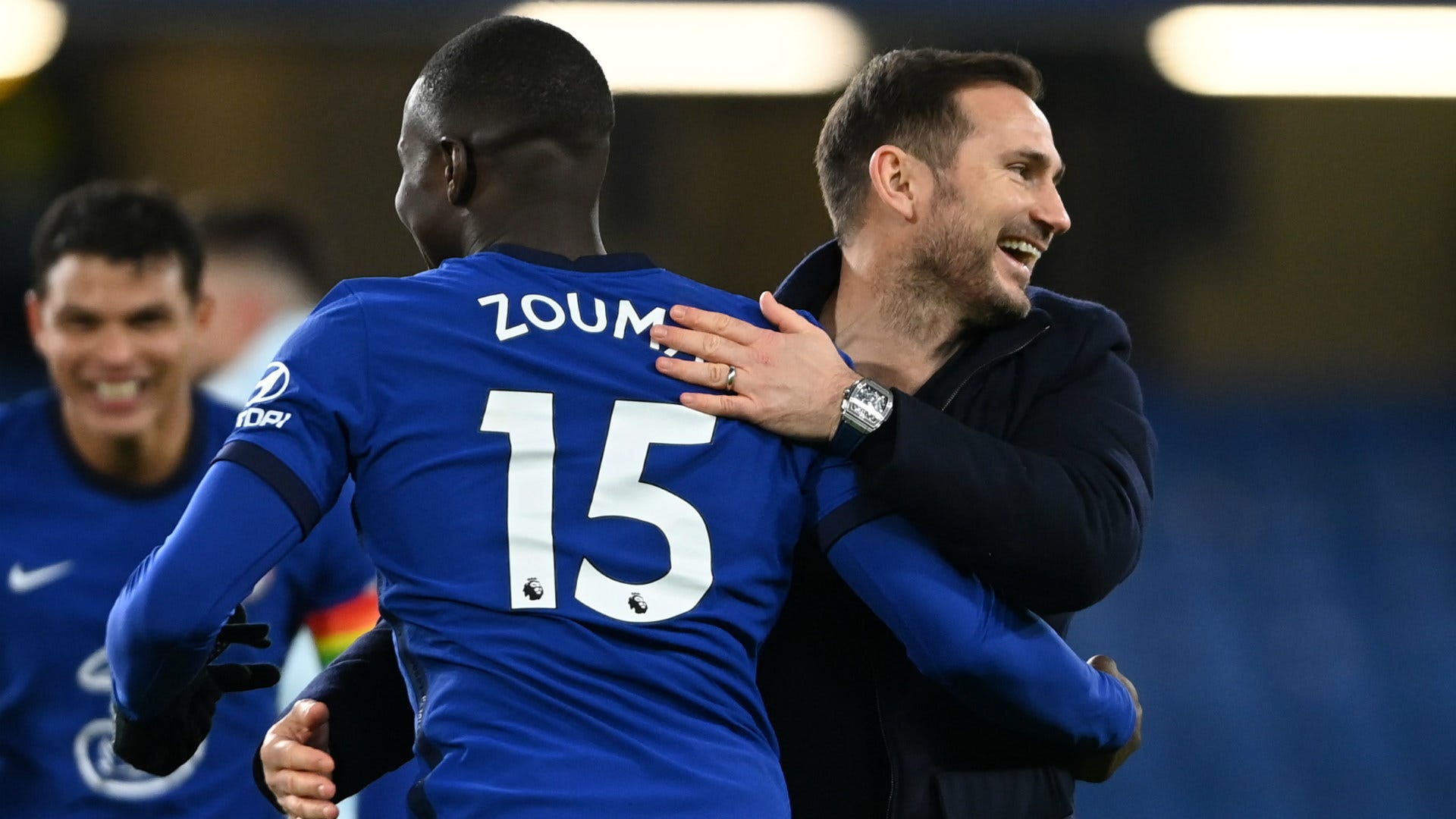 The Frenchman needed a series of loan moves to get back to regular first-team status at Chelsea, and he got relegated with Stoke City before producing a good season at Everton.

Lampard brought Zouma back last season, perhaps in part due to the transfer ban stopping the club from signing new players, and he struggled to establish himself again.

None of Chelsea's central defenders covered themselves in glory last season, but Zouma has ultimately overcome his rivals as well as an injury that could have defined his career.

His ability to score, clear his own lines and partner effectively with Silva have made Zouma a big part of his team despite him not being an accomplished passer from the back. Those flaws are worth enduring for his strengths, which are currently are allowing him to finally realise his potential.