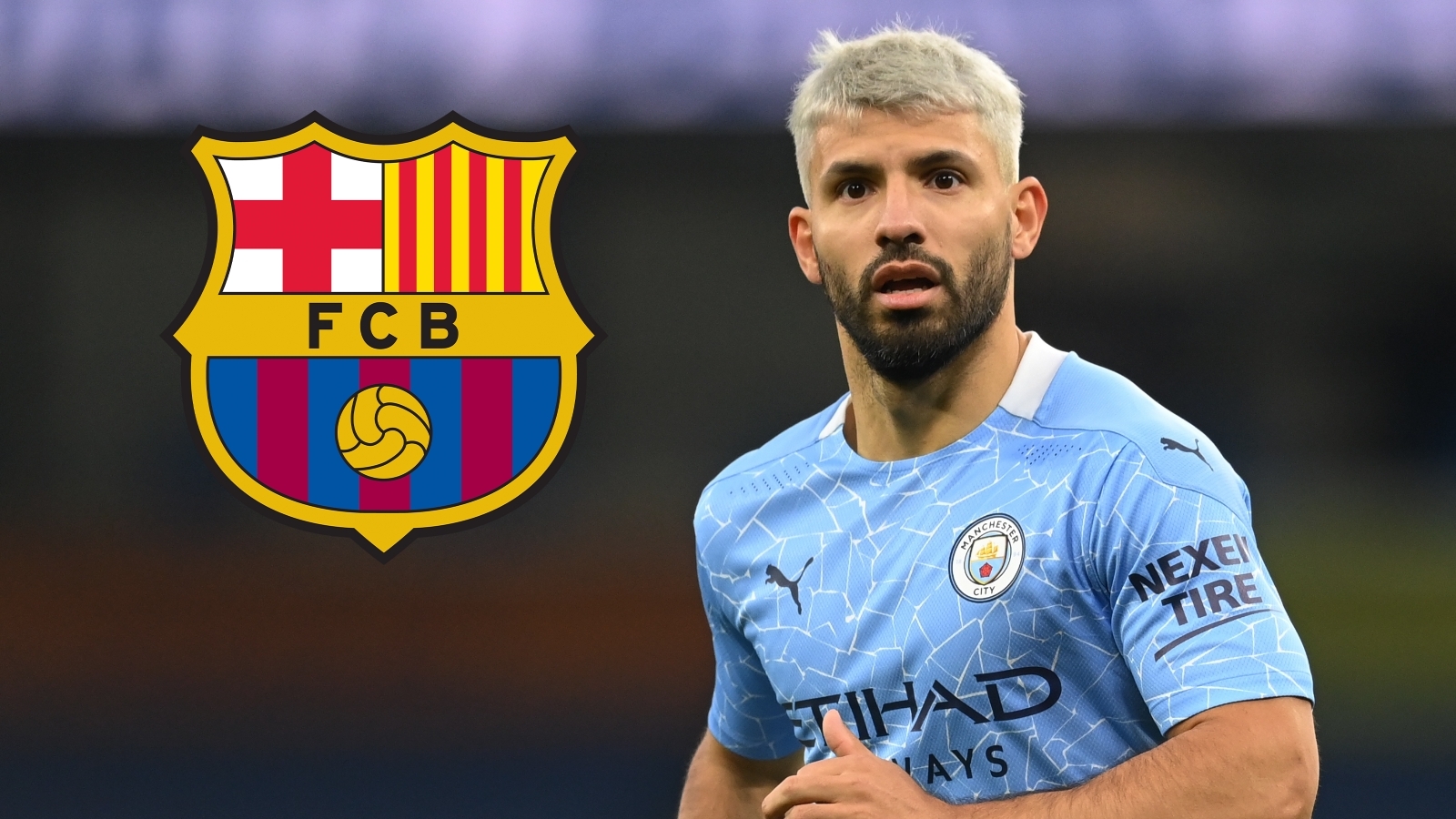 The Argentine has been officially unveiled at Camp Nou, bringing to an end his illustrious 10-year career at Etihad Stadium

Sergio Aguero will join Barcelona on a free transfer following his departure from Manchester City.

The 32-year-old underwent a medical at Camp Nou on Monday before signing a two-year contract with the Blaugrana.

Barca moved for Aguero after City's decision to let the striker go at the end of his contract, bringing to an end his trophy-laden ten-year spell in Manchester.

What's been said about the transfer?

Barca have said in a statement on their official website: "FC Barcelona and Sergio ‘Kun’ Aguero have reached an agreement for the player to join the Club from 1 July when his contract with Manchester City expires.

"The player will sign a contract until the end of the 2022-23 season and his buy out clause is set at 100 million euros."

OFFICIAL: Barcelona have confirmed the signing of Sergio Aguero 📝 pic.twitter.com/TDIaXfsWt9

What will Sergio Aguero bring to Barca?

Barca took the decision to sell star striker Luis Suarez to Atletico Madrid last summer without signing a replacement, which left Lionel Messi shouldering the main goalscoring burden for the team in 2020-21.

Ronald Koeman's men were able to achieve success in the Copa del Rey, but fell short in the Champions League and La Liga, with Atletico ultimately clinching their first title since 2013-14 thanks to Suarez's prolific form in the final third.

Barca will hope that Aguero can have a similar impact next season, despite the fact that the Argentine struggled for form and fitness during his final campaign at Etihad Stadium.

Aguero is set to link up with his international team-mate and close friend Messi at Camp Nou, and they will be expected to strike up a strong partnership as the Blaugrana aim to return to elite level on both domestic and European fronts.

Aguero leaves Man City with his status as a club legend firmly intact, having helped the Manchester outfit win five Premier League titles, one FA Cup and six League Cups during his time in English football.

The experienced frontman, who initially moved to the Etihad for £35 million ($50m) from Atletico in 2011, hit 260 goals in 390 matches across all competitions for City - becoming their all-time record scorer in the process.

Aguero signed off in the Premier League with a trademark double in a 5-0 thrashing of Everton on the last day of the season, but suffered heartbreak in his final outing for Pep Guardiola's side as they lost 1-0 to Chelsea in their first-ever Champions League final appearance.