Barcelona president Joan Laporta is looking for Lionel Messi to make his contract call "as soon as possible", with Sergio Aguero "helping" talk his fellow Argentine into penning fresh terms.

Uncertainty surrounding the future of six-time Ballon d'Or winner Messi proved to be an unwelcome distraction at Camp Nou throughout the 2020-21 campaign.

Messi is still due to become a free agent this summer, but an extended stay at Barcelona is also being mooted and Laporta has stated his confidence on a regular basis when it comes to reaching an agreement.

Laporta remains optimistic but does want a decision, telling La Vanguardia: "I would like Messi to tell us ‘yes’ as soon as possible. He would help us in every way."

He added: "Aguero is helping. He is telling him every day to stay."

Laporta went on to say that he is "in communication with [Messi] every other day". The Barca president also claims to have been encouraged by the attitude of Messi during talks, adding: "He is excited and I am grateful to him for the desire he is showing to stay."

When does Messi's contract expire? 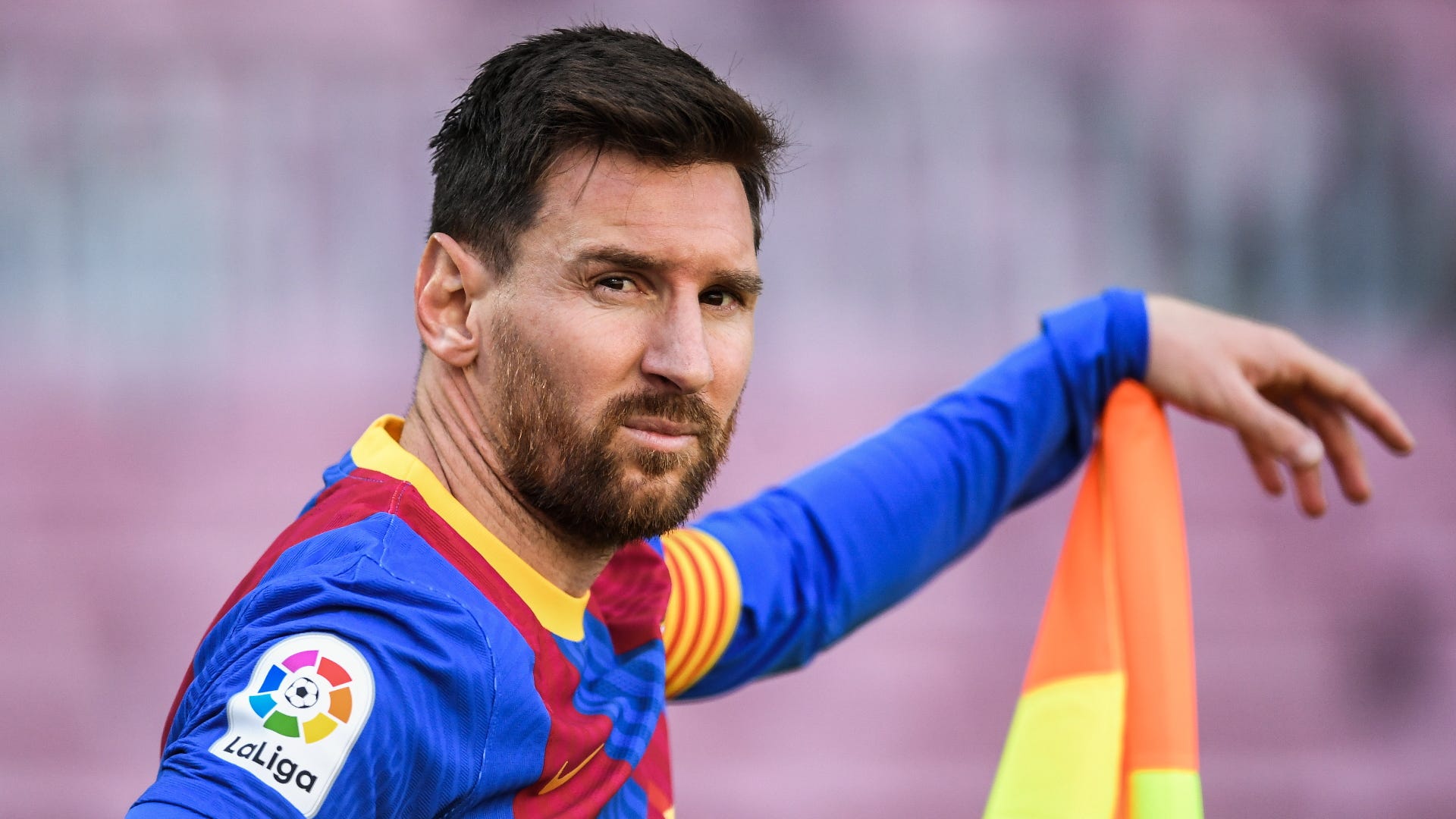 Messi's contract is due to expire on June 30, meaning that Barca are running out of time to get an extension in place. Interest from Manchester City and Paris Saint-Germain has been mooted, but no formal discussions have been held.

Messi is away on international duty at the 2021 Copa America, but has always made it clear that he will not be rushing into any decision on his future.

While still waiting on Messi to put pen to paper, Barca have been working hard to get fresh faces on board. Deals have been done for Aguero, Eric Garcia and Emerson Royal, with Dutch forward Memphis Depay the latest to arrive on a two-year contract.

Laporta hopes there is more business to be done, saying that the Blaugrana are looking to make "three of four more signings" this summer.

He has however conceded that the financial situation he inherited when taking presidential reins for a second time is "worse than what I had expected", with Barca managing crippling debts.