With AC Milan sitting proudly back on top of Serie A, technical director Paolo Maldini declared, "We are here, because we always believed."

Even in the dark days. Even as recently as three years ago, when Stefano Pioli's side were routed 5-0 by Atalanta.

Back then, it felt like it would be a long time before Milan were challenging for titles again, let alone winning them.

The club, remember, was still in financial disarray, with Maldini & Co. trying to clean up the mess left behind Milan's previous owners.

However, through a combination of shrewd recruitment and sheer will, the Rossoneri claimed their first Scudetto since 2011 in thrilling fashion, sparking wild scenes of celebration among the club's long-suffering supporters.

Milan had reached the promised land many times before, of course, but rarely had they ever had to travel so far to get there.

Below, GOAL looks back on a truly remarkable 19th Serie A title triumph for the club...

Player of the Season:

Milan's squad was not stacked with superstars. When the season began, they probably only had one true household name, in Zlatan Ibrahimovic, and while he played a key role in motivating and educating those around him, fully earning the cigars he smoked during the Scudetto celebrations, the 40-year-old's on-field contribution was severely limited by a knee injury.

As Verona coach Igor Tudor pointed out, on paper, Milan probably only have the fourth-best squad in Serie A, making Pioli's champions very much greater than the sum of their parts.

Indeed, their title was undoubtedly a collective triumph, a glowing testament to all of the hard work done behind the scenes, both in the boardroom and on the training pitch.

However, some players played a bigger role than others.

Sando Tonali, for example, came of age in his second season at San Siro, Fikayo Tomori made a mockery of Chelsea's decision to let him go, while Theo Hernandez has arguably proven himself the most exciting left-back in the world right now.

Rafael Leao has been named Serie A MVP 🥇 pic.twitter.com/OgNFwwXpMy

The Portuguese winger tormented full-backs all season long, earning constant comparisons to a young Thierry Henry. At one point, he even scored after collecting a kick-out from Mike Maignan.

What really set Leao apart, though, was his habit of repeatedly stepping up to the mark when Milan needed him most, particularly during the run-in, when he scored the winner against Fiorentina and the opener against Atalanta, before producing a first-half hat-trick of assists in the title-clinching victory at Sassuolo.

Now the whole world knows why Leao is considered the greatest talent ever to come out of Sporting's academy...

Goal of the Season:

Sometimes, a goal provokes stunned silence, taking the breath away before sparking a deafening outpouring of emotion.

It certainly happened at San Siro in 1996 when George Weah ran the length of the field to score against Verona.

History repeated itself in May when Theo Hernandez produced the ultimate tribute to the Liberian legend's 'Goal of the Century' against Atalanta.

The Frenchman had picked the ball up just outside his own area and just kept going and going and going, until he eventually found himself in the Atalanta box, before coolly firing low past Juan Musso.

It wasn't just a beautiful goal either; it was a crucial one, sealing a 2-0 win that put Milan one point away from the title.

Indeed, those that witnessed the raucous celebrations that followed Theo's 'coast-to-coast' goal were in no doubt that the Rossoneri were now riding an almighty wave of enthusiasm and self-belief that would carry them all the way to the Scudetto.

Performance of the Season:

Some pundits will point to Inter's shock loss at Bologna as the key moment in Serie A title race, but Milan would not have been in a position to take advantage of Ionut Radu's clanger at the Dall'Ara had they not won the derby in February.

Inter were 1-0 up going into the final quarter of the game, and utterly dominant. They were perfectly poised to go seven points clear, and with a game in hand. The Scudetto would have been theirs.

Two goals within three minutes to turn the Milan derby on its head.

Olivier Giroud is the moment 💫 pic.twitter.com/uzA5zO9992

However, Olivier Giroud turned the game, and the entire season, on its head, scoring twice in the space of three minutes to secure a victory that everyone connected with Milan later admitted convinced them that they could dethrone the reigning champions.

And it wasn't just that the result boosted the Rossoneri, it also hit Inter hard. As club legend Marco Materazzi subsequently conceded, it was the moment that "everything changed" for Inter.

Disappointment of the Season:

It would be wrong to be too critical of a relatively small and inexperienced squad – Ibrahimovic and Giroud aside – that over-achieved by winning the Scudetto.

However, there's no denying that Milan underwhelmed in their first appearance in the Champions League for seven years.

Granted, they drew the 'Group of Death' and it quickly became clear that nobody, not even Atletico Madrid, were a match for Liverpool.

But given the Reds ran away with top spot, it actually wouldn't have taken very much for Milan to sneak through in second place. 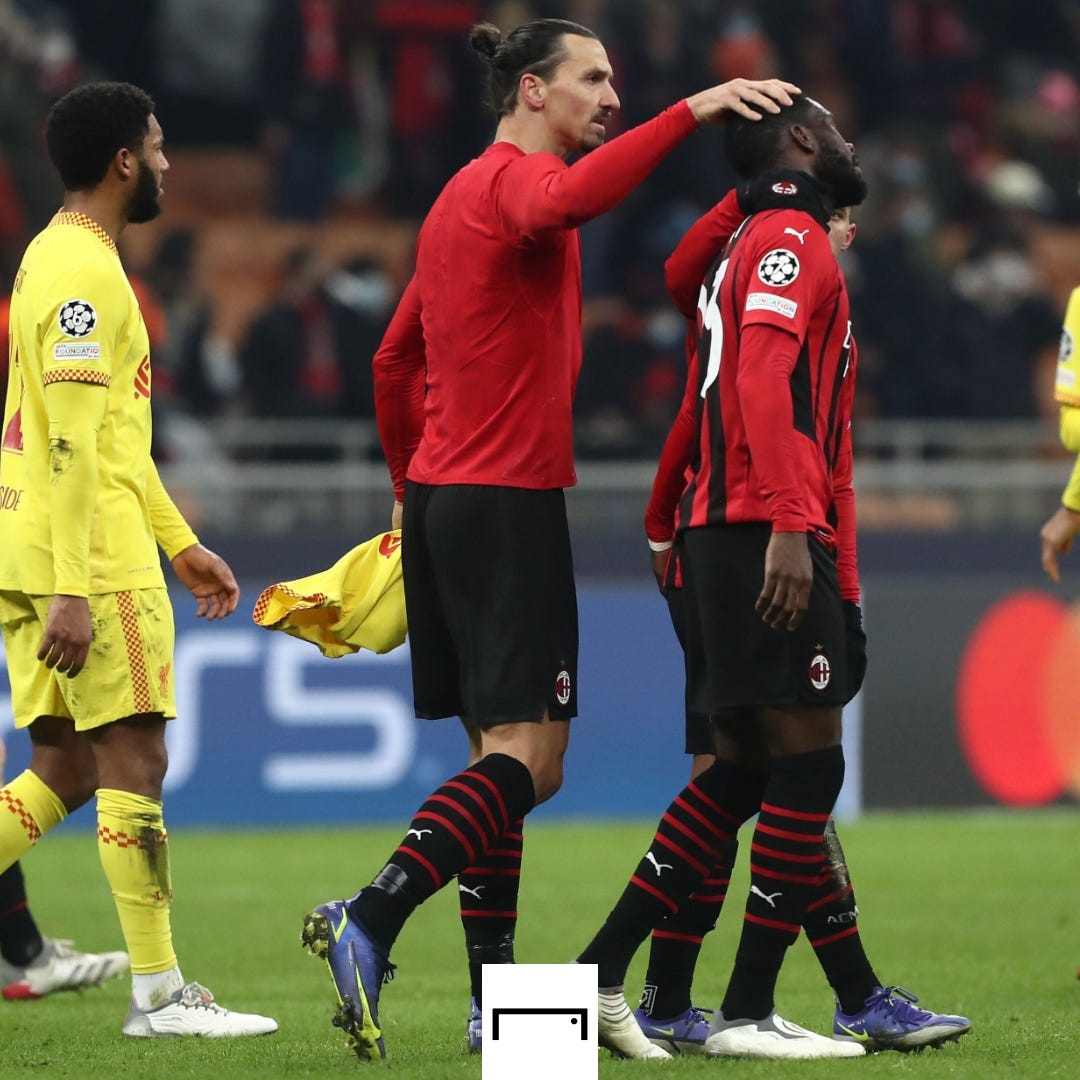 It was disappointing, then, to see them pick up just one point from their three home games, which included a dismal 2-1 defeat to a second-string Liverpool side on matchday six.

Victory would have secured Milan a place in the last 16, but they ended up finishing bottom of their group, meaning they bowed out of Europe completely.

Still, as Ibrahimovic stated afterwards, "In failure, there's also success, and we will grow from this experience."

They did just that, with the absence of midweek football also aiding their Scudetto pursuit, making their Champions League exit something of a blessing in disguise.

When Li Yonghong's investment company failed to keep up with its loan repayment plan in the summer of 2018, and Milan fell into the hands of the Elliott Management Corporation, many fans feared the worst.

It was thought that the American hedge fund would gut the club of its most valuable assets, and sell it on to the highest bidder.

Elliott is, indeed, now set to sell the club, but only after resolving its numerous financial and structural issues, and putting Milan back on top of the Italian game.

It has been a remarkable transformation and the future now looks incredibly bright for the Rossoneri.

New investment is promised in an already exciting squad which will now believe anything is possible under Pioli, the journeyman coach who has become a Scudetto winner.

Indeed, the 2021-22 might not just be looked back upon as a surprise title success, but the start of something truly special at San Siro.