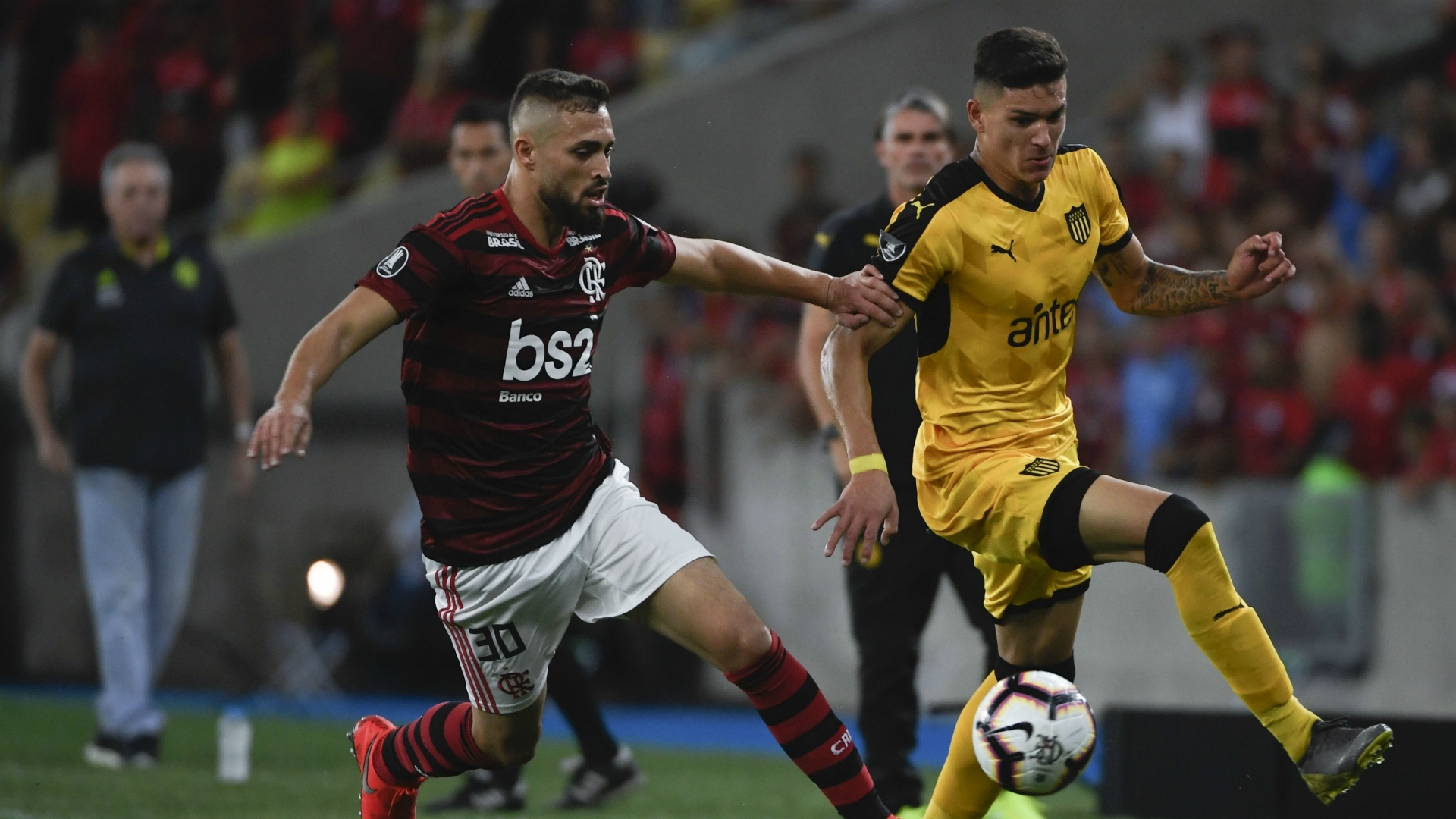 AC Milan have completed the signing of Leo Duarte from Flamengo in a deal reportedly worth €11 million (£10.2m/$12.3m).

The Rossoneri beat Roma in the race to sign Duarte, who joins on a five-year deal after deciding to continue his career in Italy with his first move abroad.

Duarte had spent his entire professional career with Flamengo, making 92 total appearances across four seasons with the Brazilian club.

He claimed two trophies with the club, winning the Campeonato Carioca: in2017 and 2019.

The arrival of the 23-year-old centre-back strengthens the defensive options available to new Milan boss Marco Giampaolo ahead of the 2019-20 season.

Duarte follows in the footsteps of Lucas Paqueta, who swapped Flamengo for Milan in a €35m (£32.3m/$39m) transfer in January.

A statement on the club's official website said: "AC Milan is delighted to announce that the club has reached an agreement with Clube de Regatas do Flamengo for the acquisition of Brazilian defender Leonardo Campos Duarte da Silva.

"Leo Duarte will be the 36th Brazilian footballer to wear the Rossoneri jersey, thus continuing 'The Green and Yellow' tradition that is part of the history of AC Milan."

Duarte is the latest signing as part of a busy summer for Milan, who have been reconstructed under Giampaolo after finishing fifth last campaign.

Milan have brought in Hernandez, Franck Kessi, Rafael Leoa and Ismael Bennacer as the club has spent big this summer.

There have also been some notable exits, with longtime defender Ignazio Abate leaving the club while Manuel Locatelli, Patrick Cutrone and Tiago Djalo have been sold for fees.

Milan qualified for the Europa League via their fifth-place finish last season but were later excluded due to financial fair play issues.

The club opens the season on August 25 with a visit to Udinese in Giampaolo's first official match in charge.