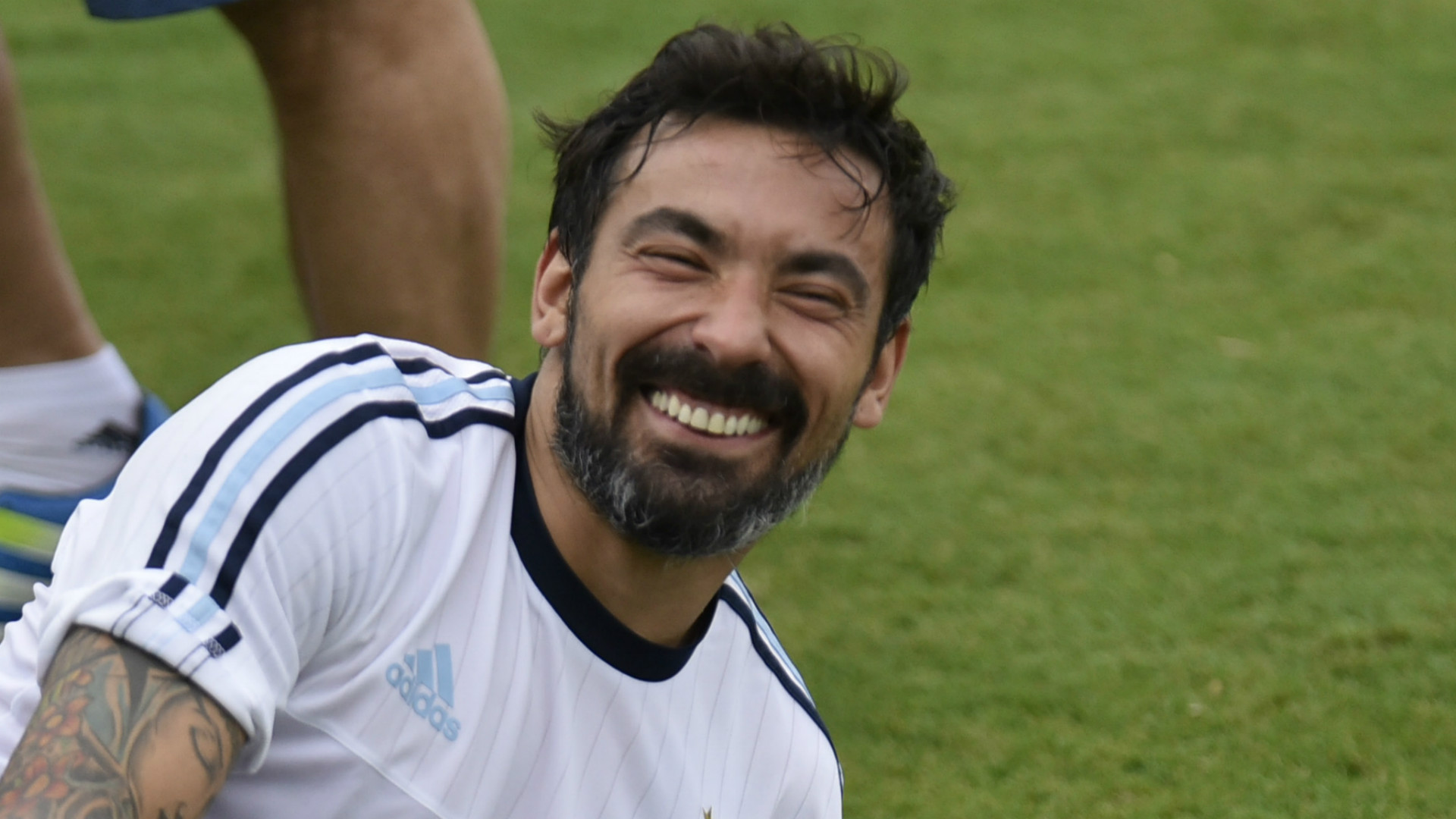 The Argentine moved to China with great expectations, but injury has held him back in a disappointing first 12 months in the Superleague

Both on the field and off it, Ezequiel Lavezzi has carved out a reputation for being somewhat of a joker.

Hebei China Fortune, however, will probably not be laughing once they take stock of the numbers as the Argentine celebrates a year in the Chinese Super League.

Lavezzi was one of the biggest names to move to Asia during 2016, leaving Paris Saint-Germain for Quinhuangdao for a fee reportedly worth £5 million.

And all in all, it is fair to say that Hebei have not exactly received great value for their money.

The 31-year-old made his debut for the club on March 3 last year, but hurt his shoulder last summer in a freak Copa America accident that curtailed his playing time.

In all the Argentine played just 10 times for Hebei in 2016, failing to find the net even once.

If we take into account his estimated £21m a year wage packet, Lavezzi cost Hebei a whopping £26m during his first year.

That rounds out to £2.6m for every game he played - no wonder he's always smiling!