The Blues created chances during a trip to Elland Road, but failed to take any of them and had to settle for a point in a goalless stalemate

Kai Havertz was used as a false nine once again by Chelsea in their Premier League trip to Leeds, but the German fluffed his lines when chances fell his way to leave Blues boss Thomas Tuchel ruing an inability to replicate training ground efforts.

A demanding German tactician saw his unbeaten record preserved at Elland Road, with a 0-0 draw played out, but he could have had more points on the board had a more clinical edge been displayed by his troops.

Havertz, who has been moved forward out of a playmaking post and into a striking one, had sights of goal in West Yorkshire, but he was unable to make the most of any and is still looking for a spark to ignite a testing spell in English football.

Tuchel told reporters on the back of a goalless stalemate when quizzed on Havertz’s position and missed opportunities: “It was pretty much the same role that he had against Everton.

“He is comfortable in finishing in our attacks. He can clear play as a No.9, half striker or as a winger. These are his positions and today we used him again as a No.9. 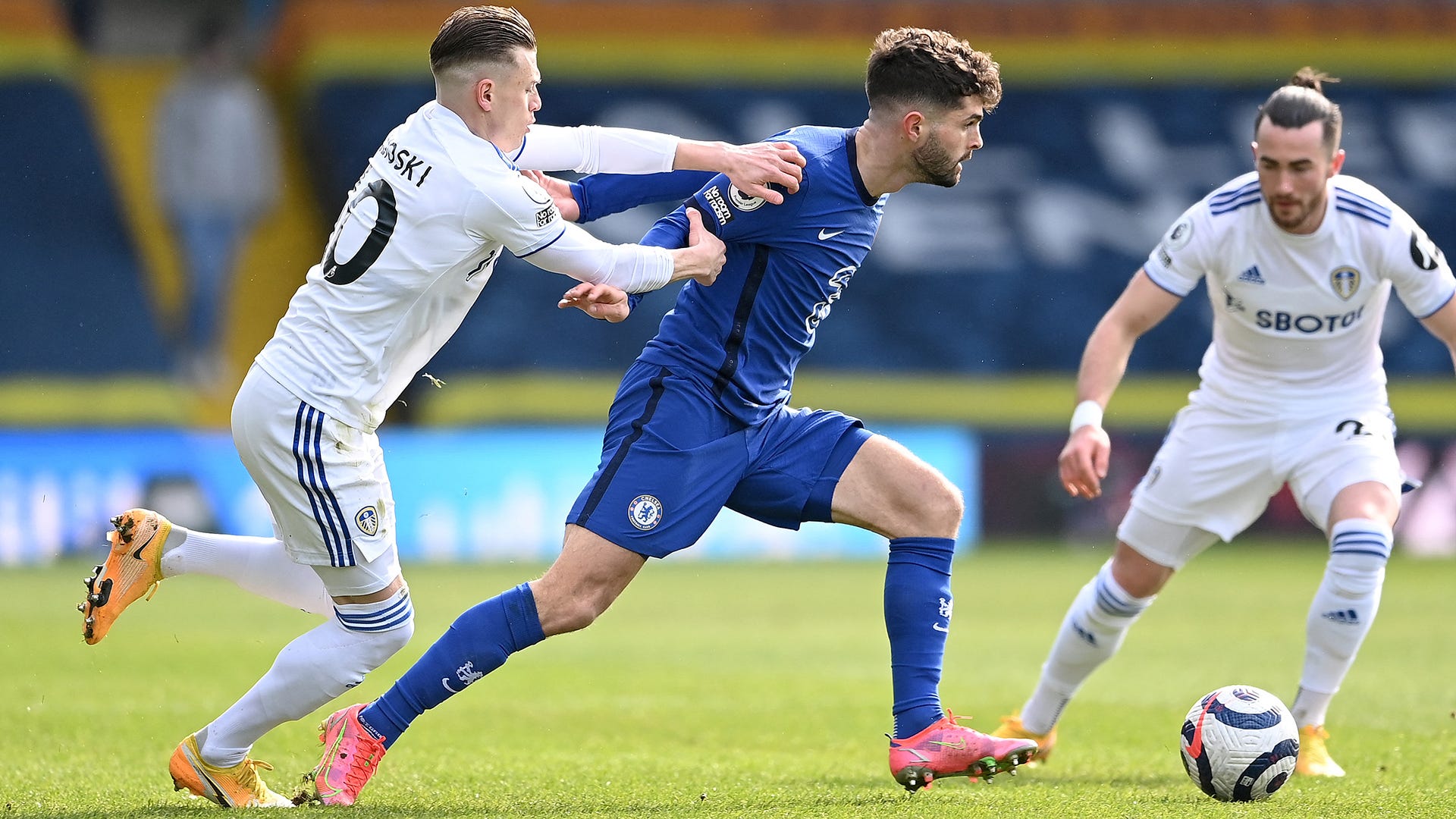 Chelsea are 12 games unbeaten under Tuchel in all competitions and remain inside the Premier League’s top four.

An ambitious pack are bunching together in that fight, though, and there remains all to play for heading towards the finishing post.

Tuchel is looking to keep as many of his stars fresh as he can in that fight, which is being complemented by a bid for Champions League glory, and has defended his decision to make changes against Leeds.

“I don’t think we made many changes after Man United, Liverpool and Atletico. After Liverpool, I felt it was good to make changes to reward the guys and have fresh legs and minds against Everton.

“If you compare the line-up to the Liverpool away game, there’s not so many chances. I think there were two but of course, if you compare it to the last game it was a bit more.

“But we have a strong squad, everyone deserves to play and show themselves. At some point you have to feel the changes, there will come moments where we will not do so many changes.”