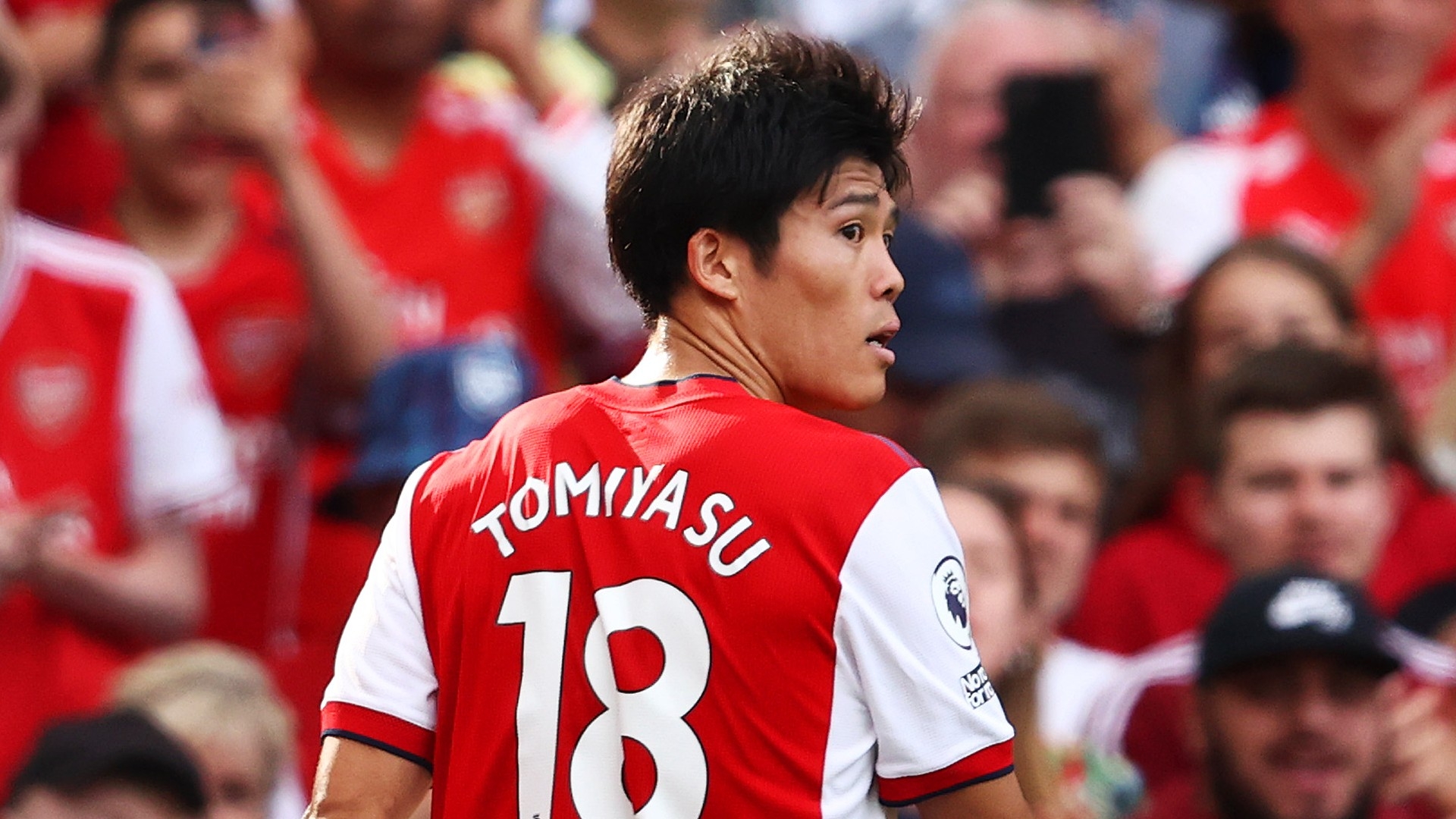 Takehiro Tomiyasu has explained why he could not turn down a £16 million ($22m) move to Arsenal, with the Japan international defender considering the Gunners to be "one of the biggest clubs in the world".

The Gunners have slipped from the lofty standings they once occupied in Premier League and elite European competition, but they remain a big draw and are working through a long-term rebuilding project under the guidance of Mikel Arteta.

Tomiyasu forms part of those plans following a summer switch from Bologna and is convinced that he has linked up with a sleeping giant that few players would pass up the opportunity to join.

The versatile 22-year-old has told the Gunners' official matchday programme of why he ended up in north London: "For me Arsenal is one of the biggest clubs in the world, so there is no reason at all to say no to them. It’s as simple as that – when I had the offer, I just wanted to be part of Arsenal.

"I wanted to play at a higher level, so I am so grateful to be given this chance by Arsenal. I just could not believe it when I found out.

"I was very excited as soon as I knew. I didn’t need to call anyone or speak to anyone for advice. It was an easy choice for me, because, well because it’s Arsenal.

"I didn’t even have time to speak to the manager before signing the contract, and I didn’t need to. I wanted to come."

How has Tomiyasu settled at Arsenal?

Arteta has been using Tomiyasu as a right-back through his early outings for Arsenal, but he is also capable of filling in at centre-half.

A collection of impressive displays have been put in through three appearances so far, with the Gunners taking maximum points from meetings with Norwich, Burnley and arch-rivals Tottenham.

Tomiyasu is starting to feel settled at Emirates Stadium, but admits he needed a pre-match team talk from Norwegian playmaker Martin Odegaard before making his bow in a 1-0 victory over Norwich.

He added: "Ever since I arrived, every single player has helped me a lot here, and every member of staff as well.

"Before that game against Norwich I have to say I was really nervous. So I really appreciated the help from all the players, especially Martin Odegaard.

"He told me that you just have to enjoy this time, really enjoy it and that’s what I was able to do. It helped that we were able to take the three points as well!

"It meant it was a good day for me, but if I think of my own performance, actually I’m not 100 per cent satisfied. I made some mistakes, especially defensively. But I think it will get better, it was just my first game."

Arsenal, who moved into the top-half of the table with a derby win over Spurs, will take in their final fixture before the next international break when heading to Brighton on Saturday.