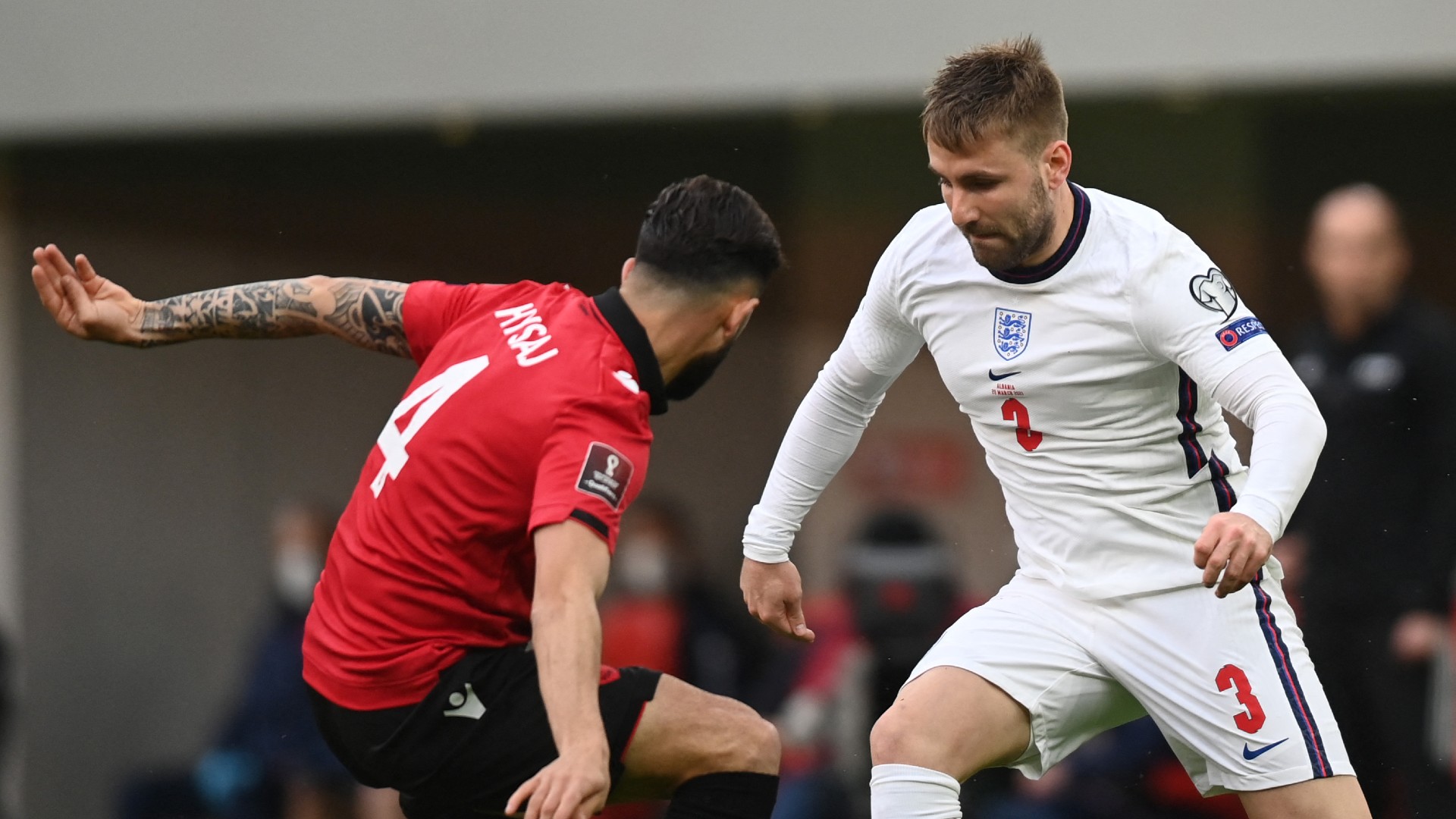 Luke Shaw is targeting a place in England’s Euro 2020 squad after making his first international appearance in two-and-a-half years in Sunday’s 2-0 World Cup qualifying win against Albania in Tirana.

The Manchester United defender played the full 90 minutes and provided an assist for the opening goal by Harry Kane, with a second-half strike from Mason Mount sealing England’s second win from two games in Group I.

The Three Lions host Poland in another qualifier on Wednesday but have just two end-of-season friendlies against Austria and Romania after that before Gareth Southgate picks his squad for this summer’s tournament.

What did Shaw say?

Speaking after his first England appearance since September 2018, Shaw told ITV Sport: "Very happy to win on my first game back. Gareth [Southgate] said it before we want clean sheets and we got another. The pitch at times was difficult but we got the three points. Job done.

“The goal came at a crucial time for me as I gave a couple of sloppy balls away. When you play with Harry you know he will be in that area for you to hit.

"We controlled the tempo well at times. Their only chances came from mistakes to us. The pitch didn't help but no excuses. We know we made a couple of mistakes. Gareth said after we needed to control it better. Better teams might punish us.

Reflecting on his time away from the England side and his ambitions for this summer, Shaw added: "The last two years I have been watching the games and regretting not having taken my chance when I had them. I am just so happy to be back, even if I'm not playing and just around the squad it's still brilliant.

“I would love to be in the Euros squad. I think every single English player would want to. There is very high competition, Ben Chilwell played the other night and was outstanding, he's a really, really good player. I will keep pushing myself.”

Shaw has previously admitted he had given up hope of an international recall, but was rewarded thanks to a dramatic upturn in form at Manchester United this season, where he has been a regular under Ole Gunnar Solskjaer.

The 25-year-old had played eight times for the Three Lions before his latest recall, but only twice in the last five years and none since 2018.

Chelsea’s Ben Chilwell, who was an unused substitute after playing 90 minutes against San Marino on Thursday, has been Southgate’s first-choice left-back in recent months, while Kieran Trippier and Bukayo Saka have been deployed in that position recently.

However, Shaw’s encouraging performance in Tirana will certainly have given Southgate something to think about as he starts to formulate his squad for this summer’s finals.