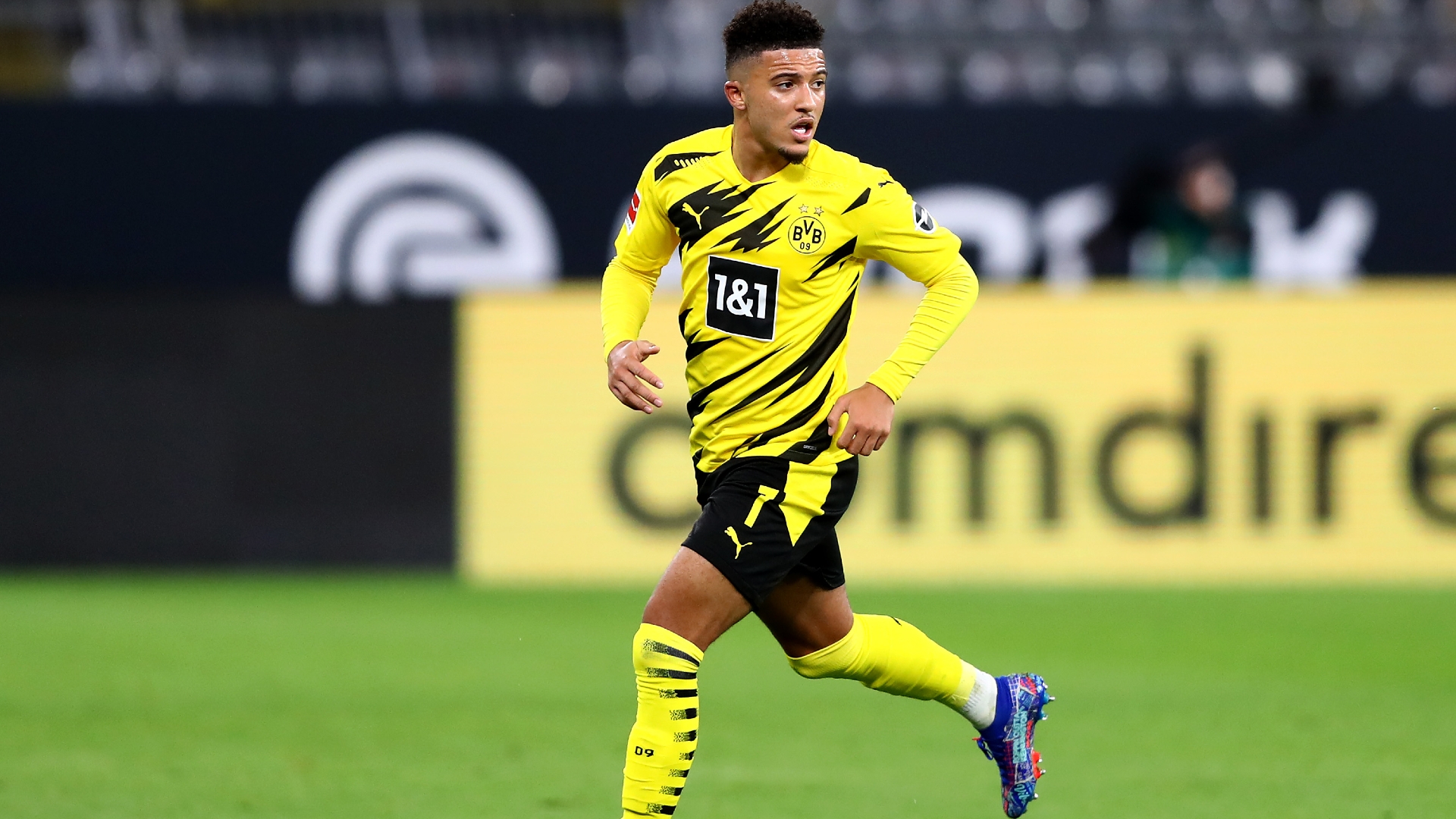 The Red Devils made a strong, if ultimately unsuccessful, push to sign the 20-year-old over the summer

Jadon Sancho's slow start to the season could be down to constant speculation over his future, according to Borussia Dortmund head coach Lucien Favre.

Sancho was consistently linked with a move to Manchester United over the summer as the Red Devils made a strong push to land the England international.

Dortmund, however, managed to rebuff every attempt United made to land Sancho, who is now set to spend another season with the Bundesliga outfit.

Dortmund CEO Hans-Joachim Watzke hinted recently that United's move for Sancho was "misjudged", but also did not rule out a future sale.

In the meantime, Sancho has not yet hit the heights he enjoyed in recent seasons, notching one goal and three assists in his first six outings for Dortmund in 2020-21.

At a press conference ahead of Wednesday's Champions League encounter with Zenit, Dortmund boss Favre said that it would be only natural if one of his star forwards was distracted by all the headlines.

"Every player has slow periods," Favre explained. "There was a lot of talk about Jadon in the summer, something like that can also have an influence.

"But no player is consistently in top form for a year, that's impossible. You have to accept that."

After losing their opening Champions League match at Lazio last week, Dortmund go into Wednesday's match looking for all three points against the Russian outfit.

Favre, though, felt the result was harsh on Zenit, saying the St. Petersburg club will present a stern challenge for Dortmund at Signal Iduna Park.

"In my opinion, Zenit lost unnecessarily against Brugge. They missed a few great chances which shows how dangerous a team they are," Favre said.

Roman Burki made his return to Dortmund's starting line-up at the weekend in a 3-0 Bundesliga win over rivals Schalke.

The Swiss goalkeeper had missed a game due to illness before he was on the bench for two games behind Marwin Hitz. When asked, Favre would not be drawn on which goalkeeper he would select for the match against Zenit.

"I’m not going to say anything about the team tomorrow. I don’t want to give any information to our opponents, you have to understand me," Favre said.