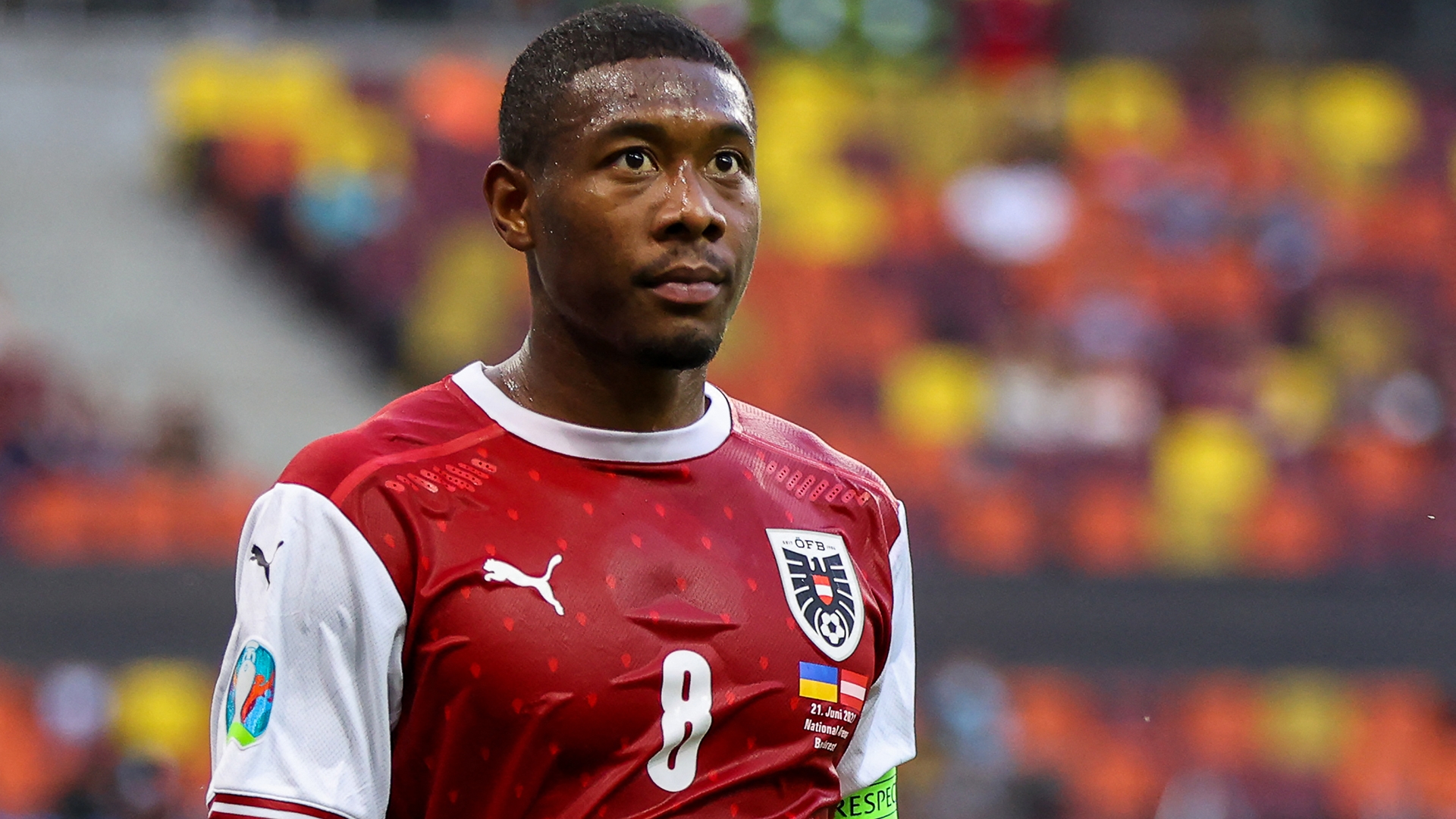 In David Alaba, Austria have their only world-class player, but national team coach Franco Foda hasn't yet settled on his captain's best position.

Right now, amid numerous formation changes, Alaba is being shifted around. Over the last few months alone, he has played as a centre-back, left-back, central midfielder and left midfielder.

Nonetheless, Alaba helped Austria advance to the knockout stage of a major tournament for the first time by keeping Andriy Yarmolenko quiet in Monday's 1-0 win over Ukraine, which set up a Euro 2020 last-16 showdown with Italy at Wembley on Saturday.

Alaba's impressive performances for his country offer a glimpse of what Real Madrid fans can expect from their free transfer from Bayern Munich when he moves to Spain later this summer.

Of course, with Sergio Ramos having just left the Santiago Bernabeu, the thinking is that Alaba will fill the void left in central defence by the Blancos legend.

“Ramos was so unique in terms of his character and playing style, so I don’t know if anyone can truly replace him,” Andreas Hagenauer, a journalist from Der Standard newspaper, tells Goal.

“However, I think Alaba can be the most important brick in the new defensive wall Madrid are hoping to construct."

Alaba has certainly already proven himself a leader, for both club and country, in the past; a player with a ferocious winning mentality.

After arriving in Munich in the summer of 2008 from Austria Wien, he won a remarkable 27 trophies, including 10 Bundesliga titles and two Champions League – and did so as one of Bayern's most important players.

Back home, he is a fans' favourite and has been named Austrian Footballer of the Year on seven occasions.

Indeed, Alaba is regularly mentioned in the debate over the greatest player his nation has ever produced and yet his incredible versatility – so adored by everyone who has ever coached him at senior level – has become a curse with the national team.

Alaba is capable of playing pretty much anywhere in midfield or defence, and the problem is that he is the best option in each position, so figuring out where best to place him is not easy.

“We don’t really know about the discussions that go inside the squad," Hagenauer says, "so, I am not really sure if he plays where he wants to, or if it is the coach's decision.

"But I think that, in a strange way, he's just too good in every position. He is definitely the best left-back we have, probably the best full-back we have besides (Martin) Hinteregger and also one of the best defensive midfielders due to his passing and defensive power.

"On top of all of this, he’s used to the big stage, which is not so common among Austrian players."

In his youth-team career, Alaba usually played as a central midfielder, a position he also occupied during his loan spell at Hoffenheim in 2010-2011.

After his return to Bayern, though, he was usually deployed as a left-back, until Pep Guardiola started experimenting with Alaba in a back three.

“He can undoubtedly become one of the best central defenders in the world,” the Catalan famously prophesised.

However, subsequent Bayern bosses Carlo Ancelotti, Jupp Heynckes and Niko Kovac all preferred to use Alaba at left-back. Towards the tail end of Kovac's tenure, though, Alaba was moved back into the middle, and remained there under Hansi Flick, who took over in late-2019.

As a centre-half in a flat back four, Alaba became an even more influential figure in Munich, playing a pivotal role in last season's treble triumph.

With Bayern playing such a high line under Flick, Alaba's pace, anticipation, reading of the game and organisational skills became utterly essential.

“He interprets the position of centre-back in his own way, and I think it’s great how he does it," midfielder Leon Goretzka told reporters. "He pushes up the defence higher and, therefore, he gives us an opportunity to keep the space tight."

It has also been noticeable during the pandemic – because of the absence of crowds – just how vocal Alaba now is on the field, constantly cajoling his colleagues, and proving especially important in the development of Bayern's exciting young left-back Alphonso Davies.

Interestingly, though, despite his laid-back persona, Alaba's emergence as a leader hasn't come as a surprise to everyone.

"Despite being young, he was always in command," former Austria coach Marcel Koller told Ballesterer. "He is not a verbal warrior who just screams without sense. He talks in the right moments."

So, it's easy to understand why Alaba was linked with a number of Europe's elite clubs when talks over a new contract at Bayern broke down earlier in the year.

Madrid won the race for his signature and Ancelotti will no doubt be looking forward to renewing acquaintances with the Austrian.

The only problem the Madrid boss might have with Alaba is figuring out where best to play him.