Barca will play Chelsea on Sunday, two years on from a 4-1 final defeat to Lyon in which the Nigeria international scored their only goal

Barcelona striker Asisat Oshoala insists that the team have learned from their UEFA Women’s Champions League final defeat to Lyon two years ago, ahead of Sunday’s final against Chelsea.

The Nigeria international was on the scoresheet in Budapest in 2019, but her goal was a late consolation for the Catalan side.

In the two years since, though, Barcelona have only gone from strength to strength and, after being huge underdogs against Lyon, find themselves in a very strong position this time around.

Reflecting on the past two years, speaking to the media this week, Oshoala said: “Now, we have the experience of how European football is and also how a top game like this is played. I think we're going to be better with our tactics this year, how we go out and play and everything.

"For us, it was good. We played in the final 2019, we lost and then we picked up corrections from there.

“Come May 16, against Chelsea, I don't think we're going to make the same mistakes again, because we already learned from the past. We are a better team now than we were two years ago."

“You just have to expect the proper normal Barca game, the normal proper Barca style,” the 26-year-old, who has four goals in this year's UWCL, added when asked about Sunday’s game plan. "We're not changing anything. We're working on our own team. I'm sure Chelsea are working on themselves as well.

“I think it's going to be a very, very interesting one because both teams have top stars around the world. It's not going to be a boring match, I promise.” 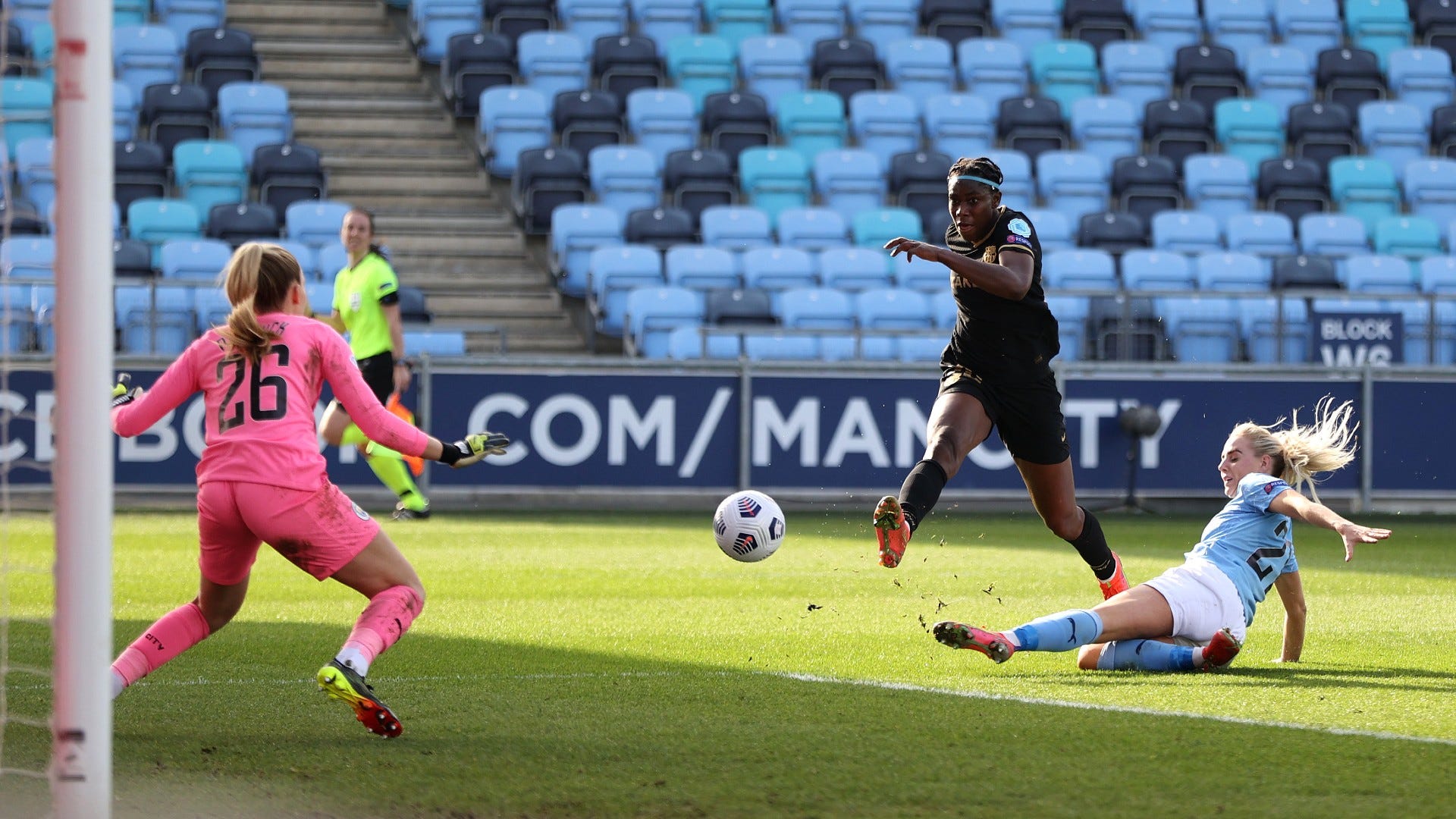 Speaking about the tiki-taka style of play Barcelona is famous for, Oshoala added that she doesn’t believe there’s a difference between any of the teams that represent the club.

Oshoala, however, believes she offers something that can help Barcelona change their game plan if they need.

“I think my style of football is quite different from the team's style of football,” she explained. "It's not the same, but the end of the day, when you get to a certain place or when you play in certain teams, you have got to change the way you play if you want to win. It's not always about how you play sometimes. There's a stage the game gets to where you've got to change. You have got to evolve with the game as well, you know?

“I think I'm here because, sure, I'm a good finisher, I finish a lot and my movement in the box, I make sure I time that well. For me, I can say maybe the finishing or the speed part or whatever might not be the normal style of the team, but in some games, these things are needed and I give it to the team.”