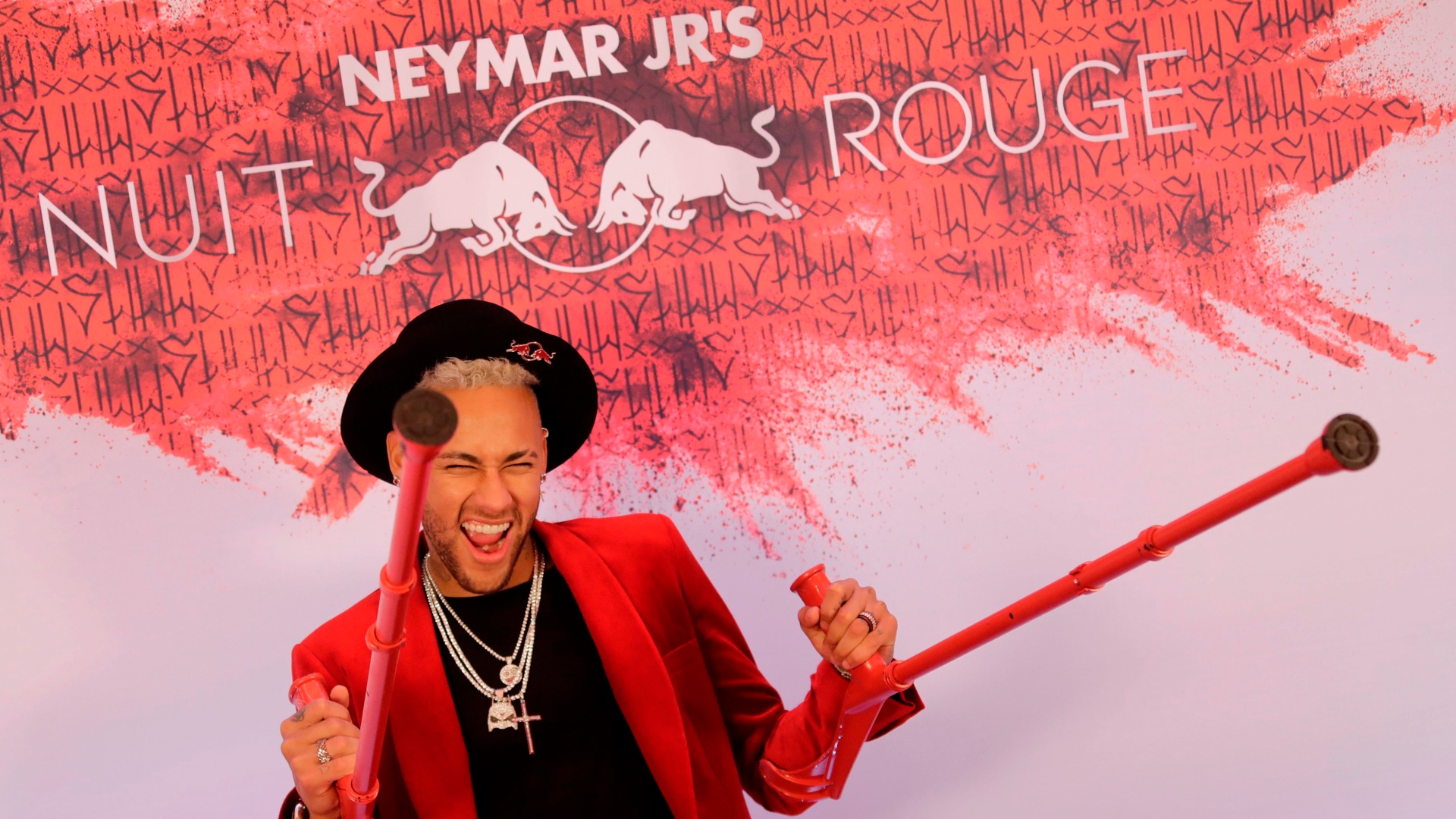 The forward pulled out all the stops to celebrating his 27th year on earth in 2019, although this time round he is considering a more intimate affair

Thomas Tuchel is steeling himself for what may prove to be Paris Saint-Germain's most taxing challenge of the weekend: Neymar's birthday party.

The Brazilian, who turns 28 on Wednesday, is known for his raucous celebrations of personal milestones.

In 2019, 500 revellers were invited to an event sponsored by Red Bull, including friends, family and former world surf champion, Sao Paulo native Gabriel Medina (pictured below).

With PSG playing Nantes on Tuesday, Neymar has decided to push forward his birthday plans, although some reports suggest that he will opt for a calmer, more intimate affair than last year's spectacular soiree.

And while the club enjoy a healthy lead at the summit of Ligue 1 after destroying Montpellier 5-0 on Saturday, Tuchel cannot help but feel a little anxiety over the party.

"It's a distraction, that's clear. But I will always protect my players, because I love them very much," he told reporters following the final whistle at Parc des Princes.

"I prefer to talk about certain things inside the group, when it's a little bit critical. It can give the image that we are not professionals.

"But I don't think everything is all white or all black. I know people like to talk this way, and that's a bit of a shame. That's also why I don't want to talk about it too much, but yes, it's a distraction."

Neymar failed to get on the scoresheet on Saturday, but he nevertheless hit the headlines after a heated exchange with referee Jerome Brisard.

The forward picked up a booking in the first half and later confronted the official, reportedly answering "Speak French? My ass!" when asked to address Brisard in the referee's native language before slamming an object against the wall.

Following the Nantes clash, PSG are back in Ligue 1 action on Sunday when they host Lyon at Parc des Princes.

All eyes, however, will be on February 18, the first leg of the club's crunch Champions League last-16 meeting against holders, also in Paris.