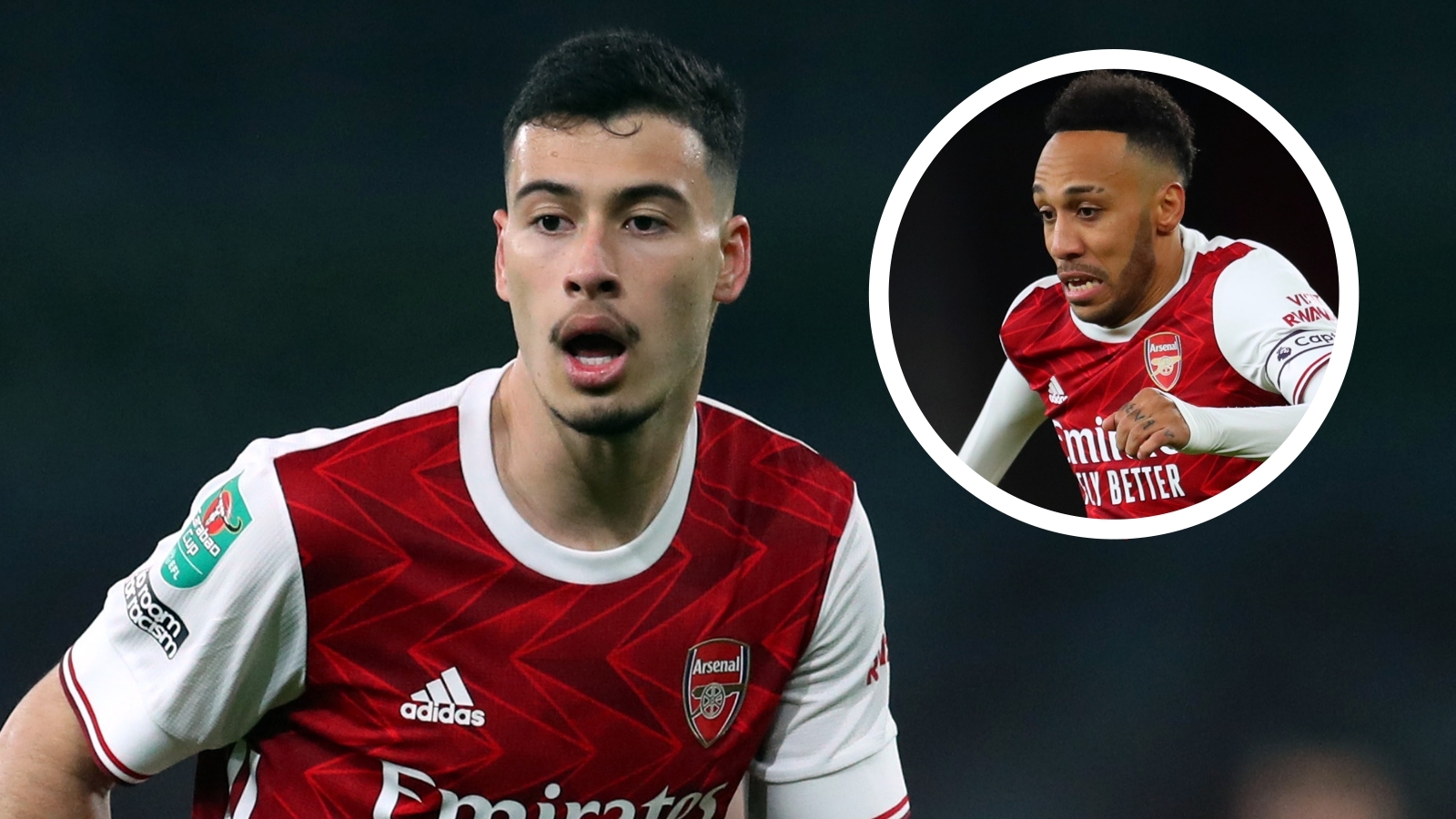 The highly rated 19-year-old claims to be fully fit, with the Brazilian youngster eager to compete with his captain for minutes under Mikel Arteta

Gabriel Martinelli claims to be over his injury struggles at Arsenal and 'ready' for whenever Mikel Arteta needs him, with the talented teenager looking to follow in the footsteps of Pierre-Emerick Aubameyang.

The 19-year-old saw his debut campaign at Emirates Stadium disrupted by the coronavirus outbreak before then picking up a long-term knee complaint.

He has spent time on the sidelines again this season, taking in just seven competitive appearances, but says he is available for selection and eager to prove his worth.

Martinelli has told ESPN: “I’m feeling very good. I don’t feel any more pain on my knee and this is the most important thing. I’m ready when Mikel needs me."

He has added on his ambition in north London, with an ideal role model presenting him with competition for minutes: “I’m working very hard (to start). Of course Auba plays in my position but I look to him every day, in every training, to learn as much as I can from him, he’s also a great guy off the pitch.

“I want to follow into Aubameyang’s footsteps, he’s a captain, he wears the No. 14 shirt, that is a symbol for this club and of course, I hope to be very successful at Arsenal.”

What has Martinelli achieved so far?

The Brazilian youngster was snapped up by Arsenal from Ituano in the summer of 2019 and, after easing him into the fold, saw him deliver a welcome return of 10 goals through 34 appearances.

He is yet to get off the mark in the current campaign, with his most recent outing seeing Arteta haul him off at half-time in a 0-0 draw with Manchester United on January 30.

Martinelli has not been seen since, with his manager saying of that absence: “Well, he came back and did really well, but then he picked up another injury.

“It took him a while to come and now it’s about getting in his rhythm and getting his place in the team like anybody else. Don’t forget that we played him last time against Manchester United and he started ahead of other players, so it’s not like he’s not having the opportunities.

“We know that he’s got a huge potential and he’s done some really good things since he’s come back. He has a lot of things to develop in his game because of course at his age it’s normal.”