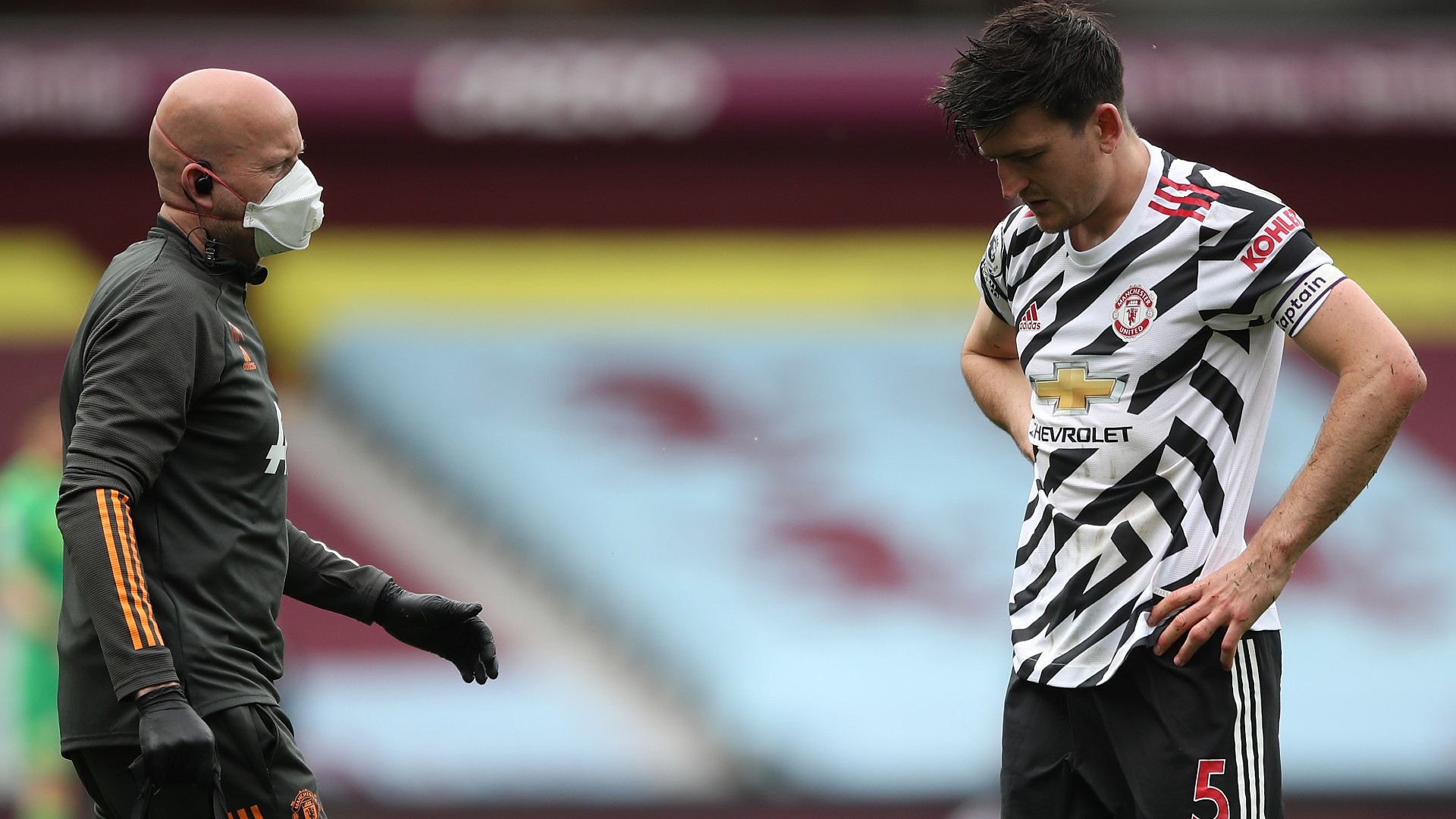 Manchester United captain Harry Maguire set a club record and then went off injured in his side's Premier League win over Aston Villa on Sunday.

The clash at Villa Park saw the centre-back set a new record for consecutive Premier League minutes played for the Red Devils.

Maguire was making his 72nd appearance in the English top-flight for United, having not missed a single minute of action until his injury saw him taken off with 11 minutes left on the clock.

What happened to Maguire?

The 28-year-old went down late in the second half when he was caught in a collision with Edinson Cavani and Villa winger Anwar El Ghazi.

The England international went down holding his ankle and received treatment on the sideline before coming back on.

But Maguire went down again shortly after his return and limped off as Eric Bailly came on to replace him.

"I’m very happy we’ve [qualified for the Champions League] twice now," United boss Ole Gunnar Solskjaer said in his post-game press conference after his side all but sealed a top-four spot in the league.

"And of course we have a final (the Europa League) to look forward to now as well," he added. "Hopefully that will be with Harry Maguire. I don’t know, we’ve got to check him.

"It might be a few weeks, it might be a couple of days, who knows. Hopefully he won’t be too bad but I’m not a doctor and we’ve got to check and scan him tomorrow.

"It was his ankle, lower leg. I think the boy landed on top of him and he twisted his ankle and got a knock."

What record did Maguire break?

The former Wigan star was close to breaking Gary Pallister's record for most Premier League games completed for United.

Pallister started and finished 71 games in a row between November 1993 and May 1995.

Maguire matched that record two weeks ago against Leeds and was expected to break it last week, but the clash against Liverpool was postponed because of protests taking place in United's stadium.

Although the defender was unable to clinch that record by playing the full 90 minutes, he was able to overtake Pallister's record for consecutive minutes played.

Pallister stopped short of finishing 72 games because he was substituted off just before the hour mark as his side lost 3-1 at Villa in August 1995.

Maguire, meanwhile, made it to the 79th minute before he was taken off.

How did the game finish?

United were already 2-1 up against Dean Smith's side after a Bruno Fernandes penalty and a Mason Greenwood goal saw them take control after Bertrand Traore gave the hosts a first-half lead.

Cavani then popped up with a strike in the 87th minute to secure the win before Villa forward Ollie Watkins was sent off.

The win sees United strengthen their grip on second place as they sit six points clear of Chelsea and have a game in hand.