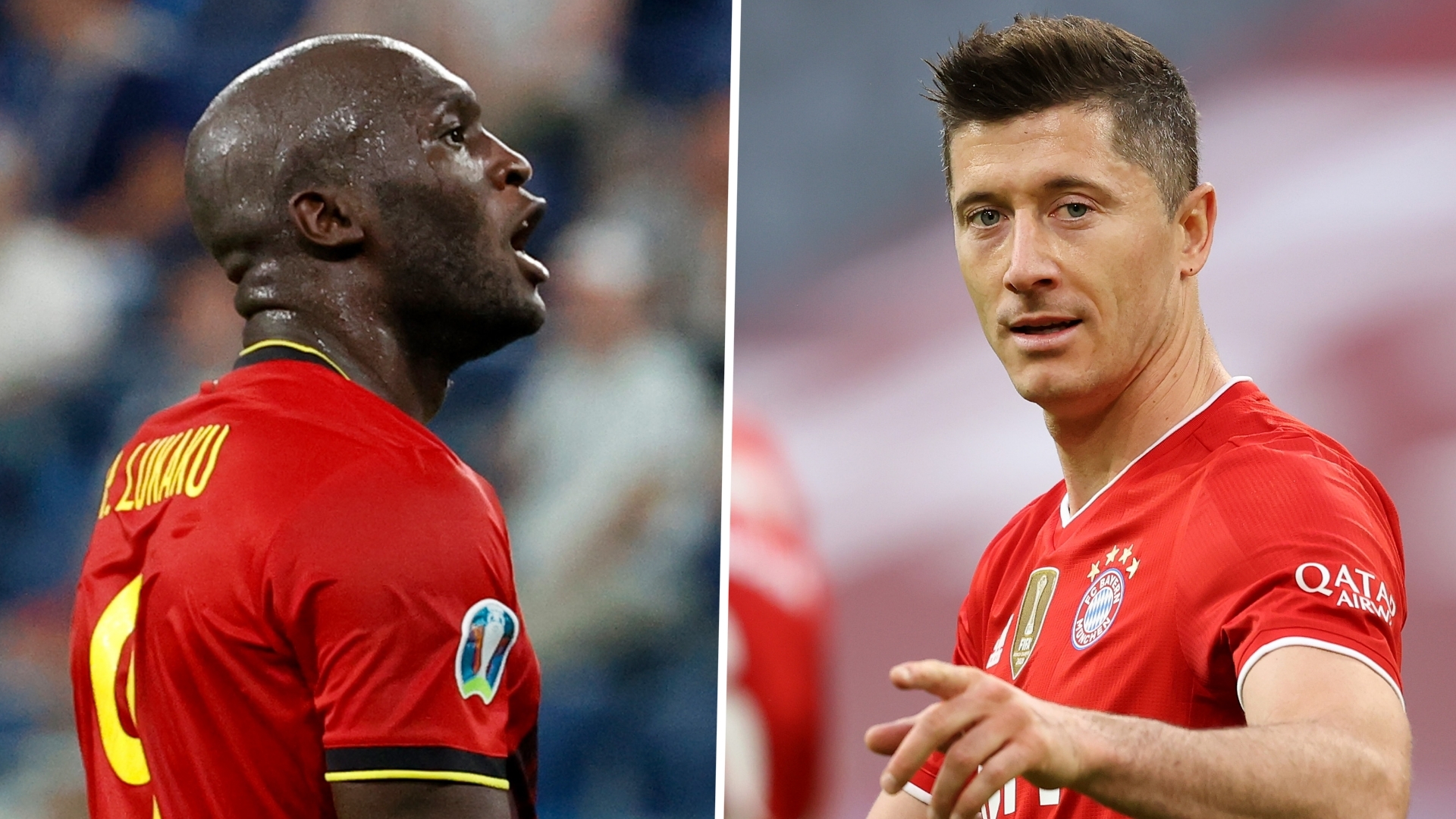 The 28-year-old has excelled at Inter, scoring 64 goals in just 95 matches since joining the Serie A side from Manchester United in 2019.

The forward has a similar record for the national team, having struck 63 times in 96 caps for the Rode Duivels, including three at Euro 2020.

Mpenza has been amazed by the ex-Chelsea and Anderlecht player's development and believes Bayern would be smart to look at him if they need to replace Poland sensation Lewandowski following his 48-goal campaign in Germany.

"Romelu's strength in a duel and his speed are outstanding. That makes it so difficult for the defenders against him," Mpenza told Sport Bild . "If they go into a duel with him, he uses his massive body properly, asserts himself and runs away from them.

"His coach at Inter, Antonio Conte, managed to get the most out of Lukaku. He no longer needs five chances to score, one is enough. National team coach Roberto Martinez, whom he already knew from their time together at Everton, has put a lot of trust in him. And that's what Lukaku needs in particular.

"The only thing that he still needs to improve a little is his header game. He uses a lot of chances with his feet, but his head is not that dangerous - despite his size. If I were his coach I would work on it with him. Because if his head and foot were equally strong, he could score goals in any situation. The only player who has that is Robert Lewandowski.

“I think he could be a candidate for Bayern. I've thought a lot about where he would go. You have to accept his game, so he wouldn't be in good hands with all the top teams.

"At Barca, for example, he would switch to an existing game system that is not tailored to him. It would work for Bayern because they would play for him. Just like now for Lewandowski. I would like to see Lukaku in the Bundesliga."

Can Lukaku become the best in the world?

Mpenza believes Lukaku can use Euro 2020 to establish himself as the best striker in the game today, while Manchester City star Kevin De Bruyne has a similar opportunity.

"[The best players] are clearly Kevin De Bruyne and Romelu Lukaku," he said. "With this European Championship and this great team, De Bruyne can become the best midfielder and Lukaku the best striker in the world.

"Kevin can make the difference with a pass and decide everything. He plays with many top stars at Manchester City, has a lot of experience at the highest level and got to know the most beautiful challenges in football."

What next for Lukaku and Belgium?

Martinez's team will take on Portugal in the last-16 of Euro 2020 on Sunday.

The winner of that tie will meet either Italy or Austria in the quarter-finals.