Jurgen Klopp considers criticism of Thiago Alcantara to be “b*llocks”, with the Liverpool boss adamant that a proven performer has been “unlucky” in his debut campaign at Anfield.

On the back of a treble-winning 2019-20 season with Bayern Munich, a classy Spain international midfielder took the decision to open a new chapter in his career at Anfield.

Injuries, a bout of Covid-19 and uncharacteristic struggles for collective form on Merseyside have conspired against the 29-year-old, with some making him a scapegoat in a disappointing title defence.

“He came in late, which is just the nature of some transfers, then he got Covid, got injured, and still had to adapt to a new team - and a team which was not exactly flying with no problems at all,” Reds boss Klopp has told Sky Sports.

“We've had to rebuild the team pretty much every three days because of changing the last line and changing a lot of things, so that's just really unlucky for Thiago. But he has played some exceptional games and had some exceptional moments on the pitch, and he is so respected in the squad.

“It's just a public perception. 'Oh, Thiago is in and we don't perform well anymore.' These kind of things are just b*llocks, let me say it like that! They are just not right.

“Everybody needs time to adapt. Bayern played a different style, in a different league, and were much more dominant in the Bundesliga than any team can be in the Premier League.

Why has Thiago been targeted? 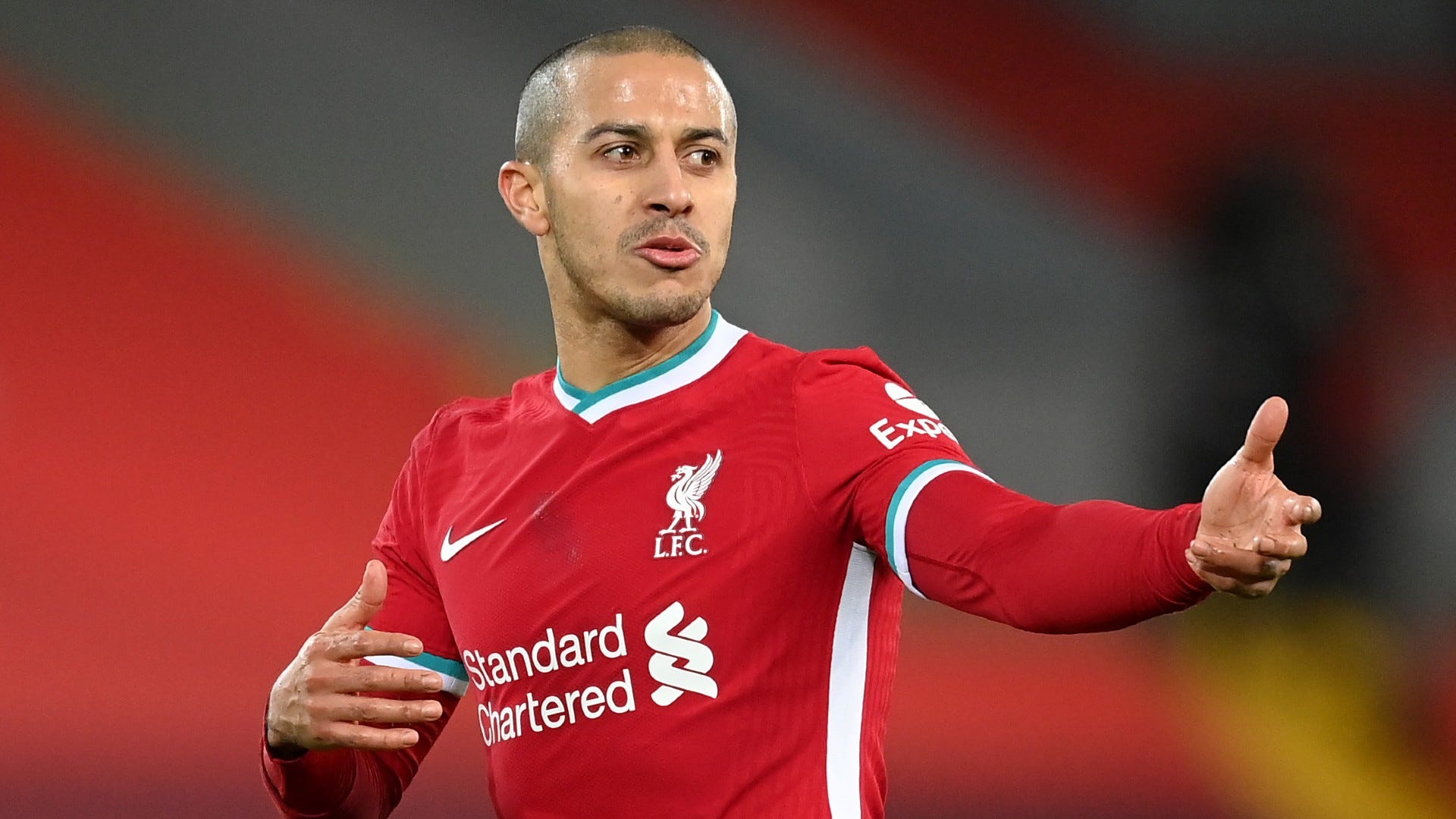 In the eyes of his detractors, the former Barcelona playmaker is considered to have put a spanner in the works of a well-oiled machine.

Prior to his arrival, Liverpool were famed for free-flowing football that saw them attack with pace and feed a fearsome front three as quickly as possible.

They are said to have slowed down this season, with patient build-up going through Thiago as he endeavours to make things tick.

A tactical tweak is allowing opponents more time in which to recover their shape and plug any gaps – leading to Liverpool losing some of their prolific spark in the final third.

With Thiago and co struggling to maintain the lofty standards set over recent years, Klopp has already thrown in the towel on a Premier League title defence.

The German is, however, adamant that he remains fully committed to a post that he is contracted to until 2024, with every effort being made to build towards a bright future.

He added ahead of a derby date with neighbours Everton on Saturday: “A lot of the time we have cameras in training and stuff like this and when people see us smiling during the week, they think, 'What are they smiling about?'

“But for me it's not a problem to spread positivity because I'm really happy being here. I love my job. I love my players. I love the club. I am in the right place here and we try really hard to change things around - in the short term and in the long term as well.

“Losing a game, losing two games, losing three games - it's a problem. But it's only a real problem if you don't learn from it.”