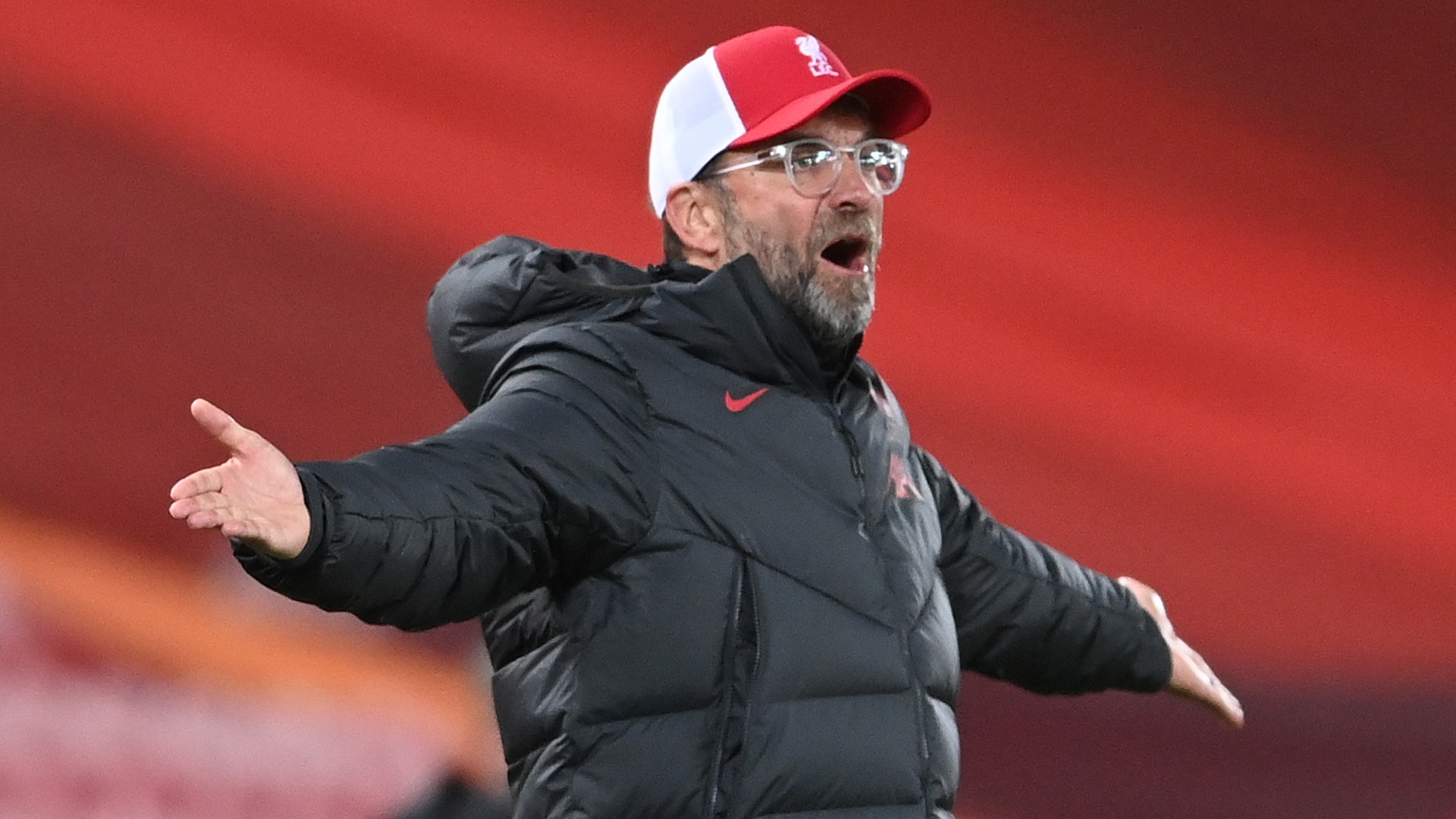 Jurgen Klopp has expressed his belief that Premier League clubs need five substitutions in order to ensure the welfare of the players over the course of a shortened 2020-21 campaign.

Top-flight clubs were given permission to make five substitutions per game after returning to action following the coronavirus lockdown in June last season.

The new rule gave managers the chance to rotate their squads amid a congested fixture list, and a proposal for the initiative to continue was put forward ahead of the new season, which was reduced in length by four weeks by schedulers due to the coronavirus crisis.

However, Premier League clubs ultimately voted against keeping the five-subs system in place, with the original format of three changes per game subsequently reinstated.

Unfortunately, the early stages of the current campaign have been significantly disrupted by injuries, and Liverpool have been among the worst-hit clubs having seen the likes of Virgil van Dijk, Joe Gomez and Trent Alexander-Arnold sidelined.

Klopp believes the time has come for football's top officials to start prioritising player safety, with it his belief that they are being unnecessarily pushed to their limits.

"We fought hard for a winter break in the normal season. One week after the season’s most intense period. One week where you don’t have to think about football, don’t have to train, don’t have to get up in the morning and think, ‘How will I play tonight?’ We fought so hard for one week less," he told ex-Reds midfielder Jamie Redknapp during an interview for the Daily Mail.

"But this now is not a normal season. This now is a season which is four weeks shorter but with the same amount of games. This is a very special time, not only for football but for the whole world. All of us have to dig in and fight hard to get through it. In football, it’s like this. It looks like the whole world changed but the two things which stayed were the fixture list of the Premier League and three subs.

"These are the two things we have to talk about. We have to talk to the broadcasters. People need to understand football players. People say: ‘Oh, but they earn this much.’ It’s not about that. They earn that much because they are so special.

"There are actors who are brilliant but will never be James Bond. But as a James Bond, you earn more than others. With football, it’s the same. So many people play football and the best of them earn more. But that doesn’t make them more robust for everything in life. On Wednesday we had a meeting between all of the managers and it was so important."

Asked if he felt the five substitutions experiment had been a success earlier in the year, Klopp responded:  "Yes. Before the season, some people thought it would be an advantage for us, the people who said we should stick to five substitutions.

"But it was never — and I can promise you this, I’m a Christian — it was not for one second about having an advantage. All the other countries did it. Italy — Juventus, Inter Milan, they have the biggest squads, but still the other clubs said, ‘We need five subs.’

"Yesterday six managers changed their minds. We need it. For the players, not the clubs. December and January in a normal season is brutal. We know that. But this year, for the Champions League and Europa League clubs, October is like December. November is like December. December is still December, then January, then February.

"It’s not about me. It’s not about Liverpool. It’s about player welfare. Nothing else. The problem is if you ask the players, they say, ‘I’m fine!’ Because players — and you were one yourself — always want to play. Always. Until they are injured. They are not the best source.

"The PFA should not ask the players, ‘What do you think?’ It’s common sense. The LMA don’t have to ask the managers what we think because the problem is clear. Make the decision. Five or three? The best solution is five. Do it."