James Rodriguez has set a date for his return to action at Everton, with the Colombian playmaker seeing an untimely injury rule him out of the Toffees’ last five fixtures.

The South American last figured for Carlo Ancelotti’s side in a Merseyside derby date with Liverpool on February 20.

A niggling knock was considered to be minor at that stage, but James has not been seen since as he struggles to shake a problematic ailment.

Quizzed by Caracol on when he expects to be back in contention for Everton, James said: “I’ll play again in the next game, April 3rd, I think.

How have Everton fared without James?

The Toffees claimed a memorable 2-0 win over arch-rivals Liverpool in a game that saw James complete 62 minutes.

They also emerged victorious in their next two Premier League outings against Southampton and West Brom, helping to keep dreams of European qualification alive at Goodison Park. 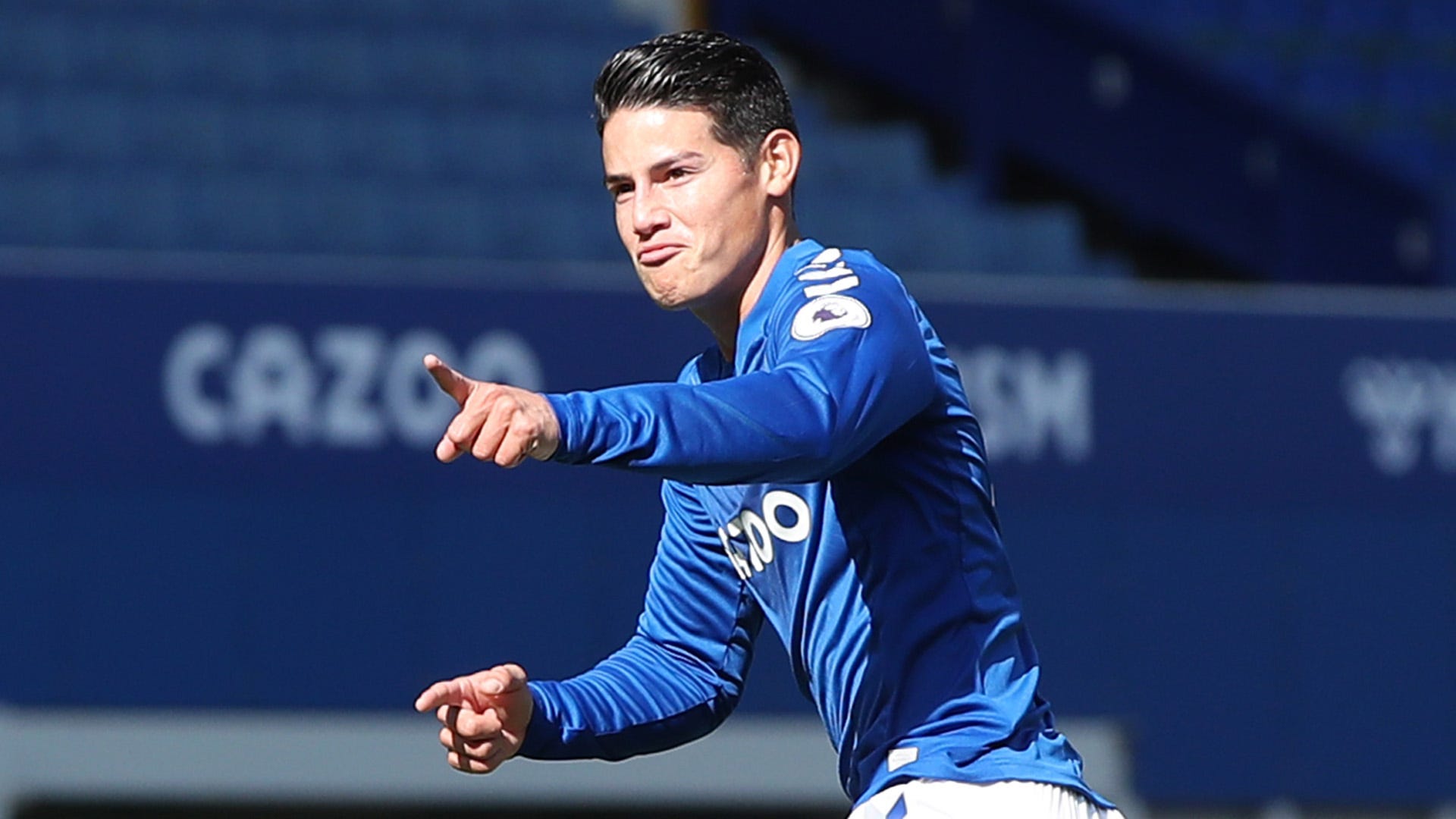 The wheels have, however, come off since then during a run of three successive defeats.

Priceless points have been dropped against Chelsea and Burnley in the English top flight, while an exit from FA Cup competition has been made at the quarter-final stage against Manchester City.

Everton will be back in action after the international break when they play host to Crystal Palace on April 5.

The talented South American was considered to be quite a coup for the Toffees when he was snapped up from Real Madrid during the summer of 2020.

He has been reunited with former Blancos boss Ancelotti on Merseyside and showed early on that his creative qualities can be put to good use in English football.

Struggles for form and fitness have been endured at times, leading some to suggest that another move could be on the cards, but James is determined to make his mark in the Premier League.

Across 21 appearances in all competitions this season, he has registered five goals and eight assists.