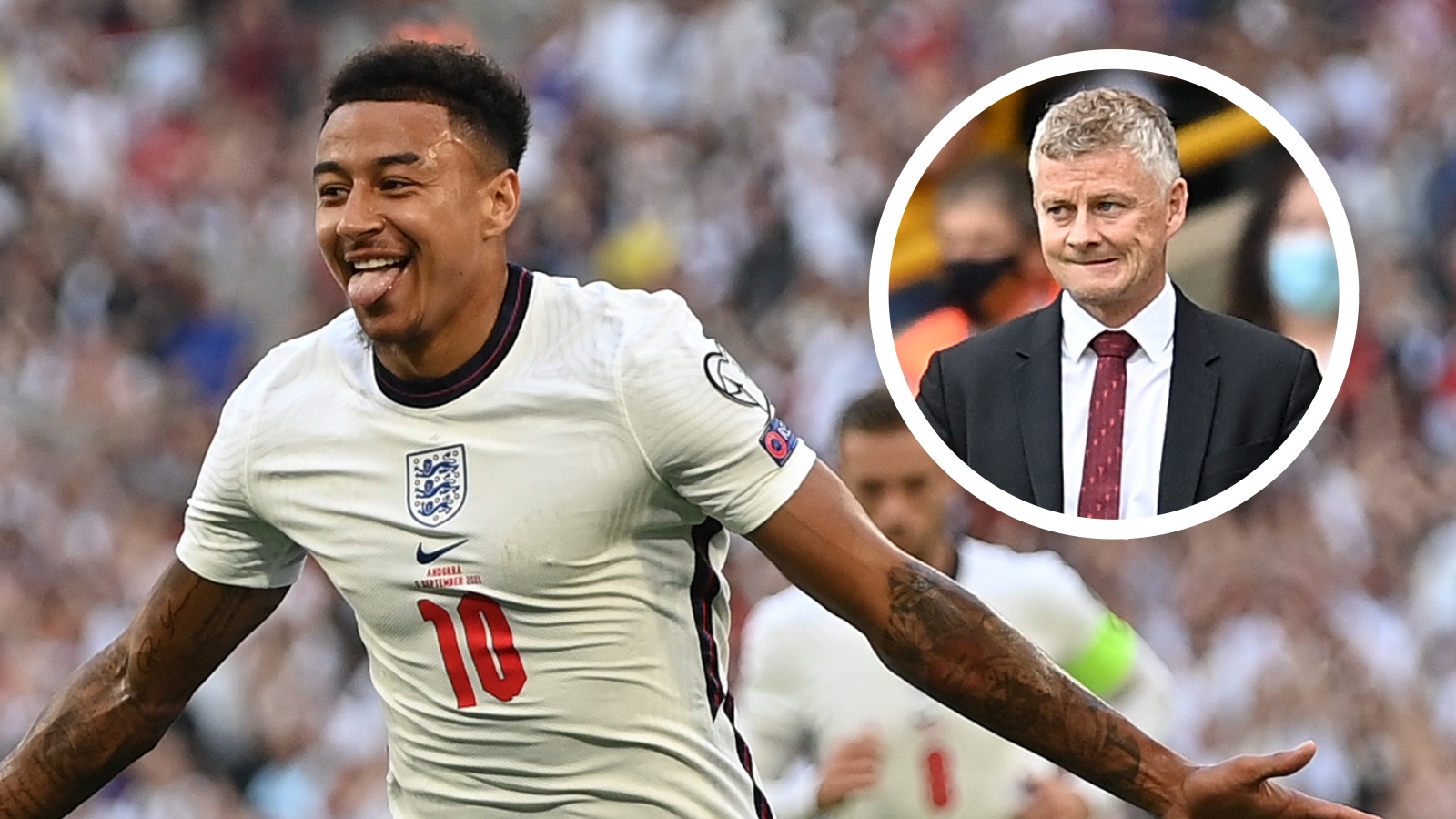 The Red Devils boss has a myriad of attacking options to choose from this season, but can the 28-year-old force his way into the Norwegian's plans?

Jesse Lingard is at a crossroads, but that should hardly come as a surprise anymore.

The 28-year-old’s entire career can be viewed as a series of forks in the road; a never-ending journey of nearly making it, of potential without consistency.

It is the well-worn path of the academy graduate at an elite club who is not good enough to start every game, but whose emotional ties make the slightest possibility of regular football - dangled just out of reach – impossible to resist.

That pull is strong, and in Lingard’s case it seems especially unlucky that he has always hovered tantalisingly close to being a Manchester United first-team player, but remained ever-so-slightly below the required level.

It has kept him hesitating at that crossroads, unable to leave his boyhood club no matter how good the offer. A summer approach from West Ham – where Lingard excelled last season, scoring nine goals in 16 games - was reportedly turned down by the player in favour of fighting for a place at Old Trafford.

Lingard has taken a huge risk, and history suggests it will prove to be the wrong choice.

He has featured in just 133 Premier League games over seven years, and has never started more than 20 matches in a season. In other words, entering the final few years of his peak, Lingard has spent at least half of his career on the bench.

Clearly Lingard is hoping his excellent performances in the second half of last season at West Ham have changed Ole Gunnar Solskjaer’s perception of what he has to offer, and if his manager has already forgotten – four minutes of action from the first three Premier League games is not a good sign – then the international break, at least, offers another nudge.

Additionally, despite Lingard’s historic difficulty breaking into the team under Solskjaer (he did not play a single minute of 2020-21 prior to his January move to West Ham), there are plenty of tactical reasons why he can play an important role this season.

His two goals and assist in England’s 4-0 win over Andorra were well taken, indicative of a strong performance from across attacking midfield that showed Lingard’s killer instinct but also his positional intelligence and tactical dexterity.

Certainly Solskjaer could do with more players with Lingard’s capacity to shuffle across the pitch, to switch positions twice as he did at Wembley on Sunday evening.

Currently, Paul Pogba is playing regularly on the left despite his tendency to drift infield, while the rest of United’s wingers - Marcus Rashford, Jadon Sancho, and Anthony Martial - are more direct dribblers.

Lingard’s delicacy between the lines, characterised by an ability to float into pockets and play neat progressive passes from either flank, is unique among United's players.

This is a crucial detail: Solskjaer’s inability to coach ball progression – hence those tired, U-shape passing structures when faced with a deep defensive shell – means individuals with Lingard’s intelligence are needed to overcome the deficiency.

And Lingard is particularly effective at doing so in the dribble, opening up the game with a clever touch that breaks a midfield line and sets his team away.

He did this to superb effect in the first half against Andorra, while last season he ranked 14th in the Premier League for progressive runs per 90 (3.33). Rashford was the only United player who completed more.

This sophistication in tight spaces has always been present in Lingard’s game, but only in fits and bursts and without an end product. That is why he has always seemed so full of ‘potential’; a 28-year-old perpetually showing the flashes of a promising 20-year-old.

That does appear to have changed since his stint at the London Stadium, and while Lingard’s nine goals and four assists at West Ham came in a blitz (he managed just one goal contribution in his final six games), this week's strong showing for England suggests it was not an anomalous purple patch.

Seemingly playing regular football for the first time in his career was what Lingard needed to add ruthlessness to his game, which is why his decision not to re-join West Ham in August seems such a poor decision.

No matter how impressive he was against Andorra, Lingard is unlikely to be given a run of games under Solskjaer, something his England manager knows all too well.

“We know Jesse has a challenge and he knows he has a big challenge with the quality of attacking players at United,” Gareth Southgate said after the Andorra win. “But they’ve also got a lot of matches in different competitions so hopefully he can take that challenge on.”

It is certainly a huge challenge, even if Lingard can continue to score well above his expected goals total (last season he scored nine goals from 5.72xG) and prove that his output in 2020-21 was the sign of a sharper edge.

Sharpness is needed to convince people of his talents, and that Lingard adds value. For many people, including a succession of United managers, the intelligence of Lingard’s play outside the final third does not quite grab the attention.

But it should. Last season he amassed five ‘second assists’ (the pass before the assist), which was the second highest in the entire division behind Bruno Fernandes, with seven, despite only featuring in 16 Premier League games.

This is the most insightful statistic regarding Lingard’s subtle but integral influence on a game, and perhaps more relevant than his 1.1 dribbles and 1.1 key passes per match last season – figures that would not have put him within the top five at Man Utd.

“He has rebounded brilliantly in the last 12 months from a difficult period,” Southgate said, “and he has shown today (Sunday) that he has got quality.”

That is true. But possessing quality is not the same as possessing enough quality to play regularly for a title-chasing side. This latest career crossroads only shows, yet again, that Lingard seems trapped in limbo between the very good and the elite.

Lingard can be an asset to Manchester United. He would have been an even bigger one to West Ham.