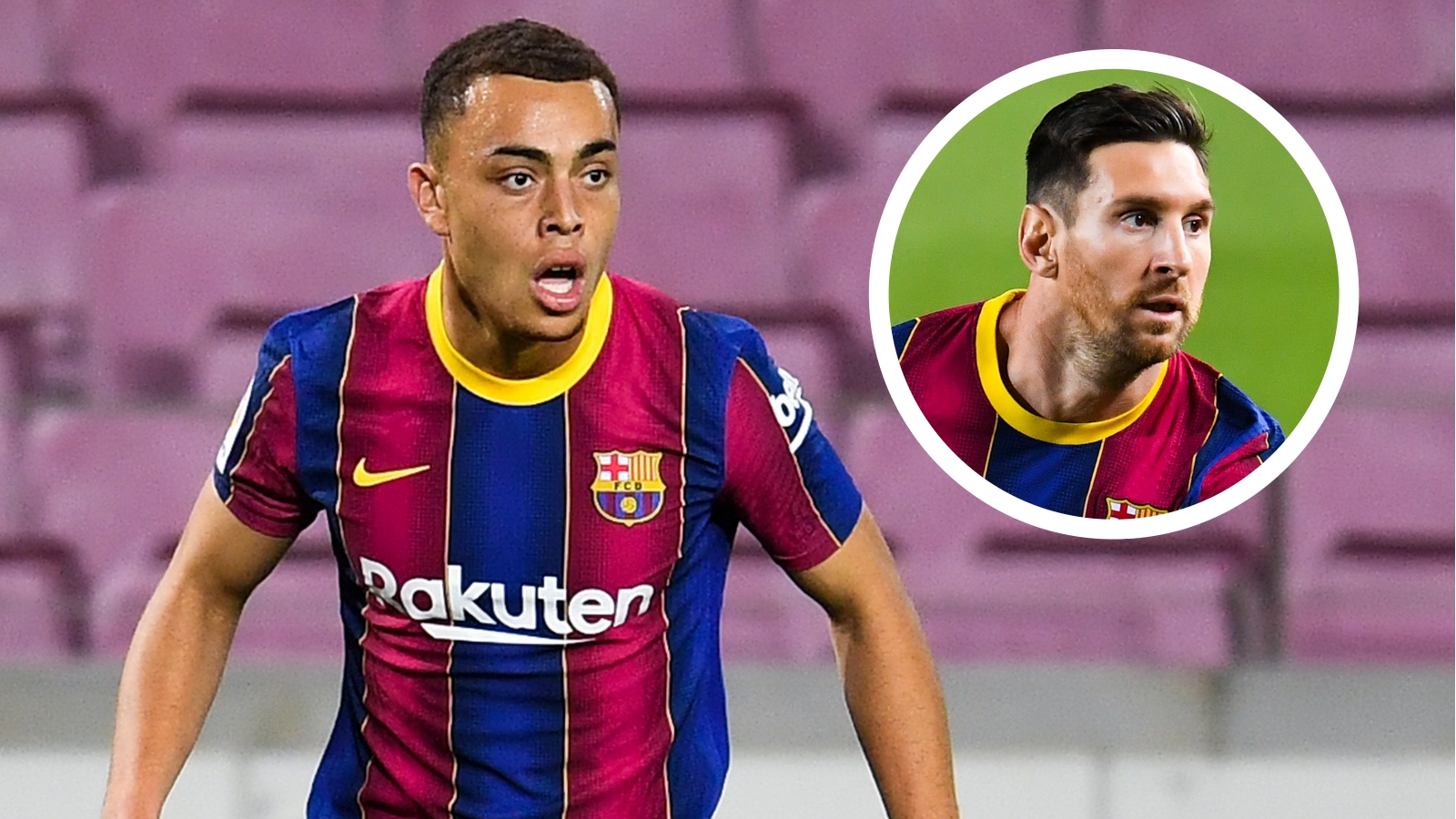 Sergino Dest is hoping to spend at least “one more year” with Lionel Messi at Barcelona, with the United States international among those waiting on transfer extension developments at Camp Nou.

The Liga giants continue to run the risk of seeing a six-time Ballon d’Or winner walk away for nothing in the summer of 2021.

Messi will, as his current deal runs down, be free to speak with any suitors from January – with the likes of Manchester City and Paris Saint-Germain said to be heading that queue.

Those in Catalunya hope exit talks can be avoided, with there an understandable desire on their part to get a talismanic presence tied down on fresh terms.

The clock is ticking for Barca, and Messi has already made one push for the exits, but Dest is looking for the modern-day icon to remain alongside him and spearhead more quests for major honours.

The USMNT star told the Associated Press of the Messi departure talk: “I hear those things, too, but I don't know what is true or not.

“I hope I can play with him for one more year. But we will see. Everyone wants to have him in this club, but it is his choice.”

Dest has not looked out of place in a star-studded Barca squad since completing a summer move of his own from Dutch giants Ajax.

He is just 20 years of age, and is now operating under the brightest of spotlights, but the talented right-back is taking everything in his stride and believes he has found the stage where he truly belongs.

Dest added on making a high-profile switch: “I was not nervous at all, it was just that I am ready and happy to play.

“If I would be nervous, I shouldn't have come to Barca. For me it is my time to show what I have got, try to do my best and help the team out.”

Dest shunned the chance to link up with Champions League holders Bayern in 2019, as he delayed a big career call, and has no regrets at having favoured Camp Nou over the Allianz Arena.

He said: “It was not easy, but this is my dream club. So that is why I chose Barca.

“I saw some chances. They had some new players for the team. [Ronald] Koeman wanted me at Barca, so I thought they had a good plan for me. And right now I am playing, so I am happy.

“I had to take it because you never know when the chance happens again.”