The Reds boss has undeniably taken a big gamble on the 22-year-old Uruguay international, but it should pay off spectacularly

In many ways, Darwin Nunez looks like the most typical of Liverpool signings.

And yet at the same time, the Uruguayan’s arrival represents a significant, and perhaps overdue, change of strategy at Anfield.

Nunez’s £64 million ($79m) move to Merseyside was confirmed on Tuesday, the 22-year-old signing a six-year deal in the process.

The fee could rise through some achievable clauses to see Nunez become a club-record purchase for Liverpool, eclipsing the £75m ($94m) they paid to Southampton for Virgil van Dijk back in January 2018.

It is also the first time under Jurgen Klopp that the Reds have gone big on what you might deem a ‘traditional’ centre-forward. The times they really are a-changin'.

Nunez may have played occasionally on the left for Benfica – including, for a spell, at Anfield in the Champions League earlier this year – but he arrives at Liverpool with a reputation as a free-scoring No.9, and a record of 34 goals in 41 games this season suggests he's developing nicely.

His signing, surely, will mean a shift in emphasis for Klopp.

For so long, his system has revolved around Roberto Firmino, whose skill as a selfless, hard-pressing ‘False Nine’ has enabled Sadio Mane and, even more spectacularly, Mohamed Salah to make the jump from gifted-but-inconsistent wingers into elite, prolific wide-forwards.

Those three have been sensational, winning everything there is to win while scoring a combined 338 goals over the past five seasons. Mane and Salah alone have been responsible for 263 of those.

The memories created by the 'MSF' are plentiful. 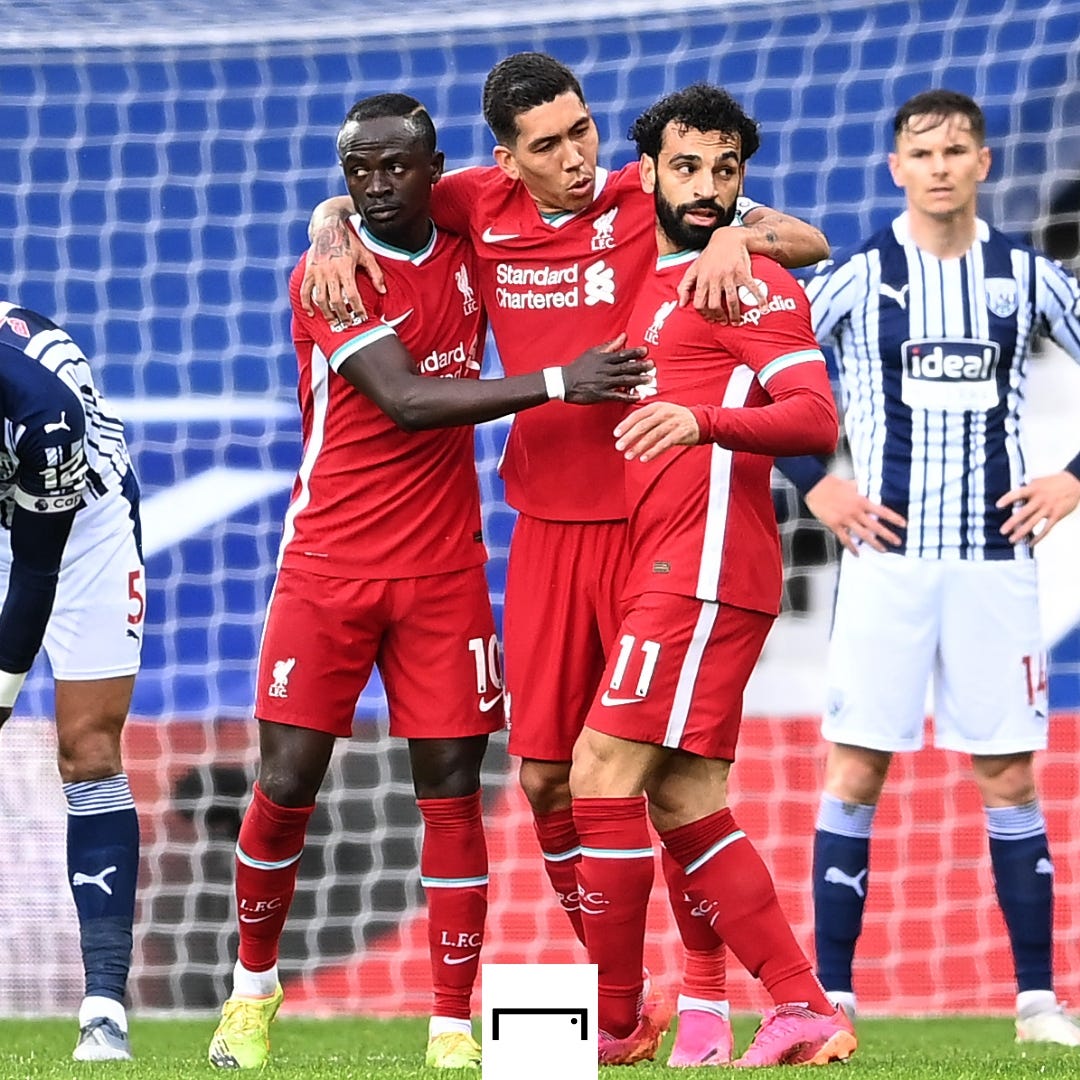 But Mane is set to join Bayern Munich and Firmino’s influence has been waning for two seasons now. Salah is hanging around for at least another year, but the changing of the guard has officially arrived.

The challenge for Klopp now is to build a second magnificent attack.

With Nunez on board, and with Fabio Carvalho, the exciting Fulham teenager, joining on July 1, the pieces may now be in place.

Diogo Jota, after all, has made big strides since joining from Wolves in 2020, scoring 34 goals in two seasons, while Luis Diaz’s impact since his January switch from Porto has been impressive, to say the least.

The Colombian started all three of the finals Liverpool reached this season, winning the player of the match award in two of them, and appears to be the natural successor to Mane on the left flank.

Carvalho, too, should get opportunities.

Like most Liverpool attackers, the 19-year-old is comfortable playing in multiple positions, but he is viewed internally, for now at least, as a Philippe Coutinho-esque figure, best deployed either from the left or, if the game dictates, as a specialist No.10.

“He has elite potential,” says one Anfield source, who believes the Portugal Under-21 international won’t take long to make an impact on Merseyside.

Nunez, of course, will be expected to hit the ground running. Liverpool have done plenty of due diligence on him, tracking his progress from Penarol in Montevideo to the Spanish side Almeria, whom he joined in 2019. 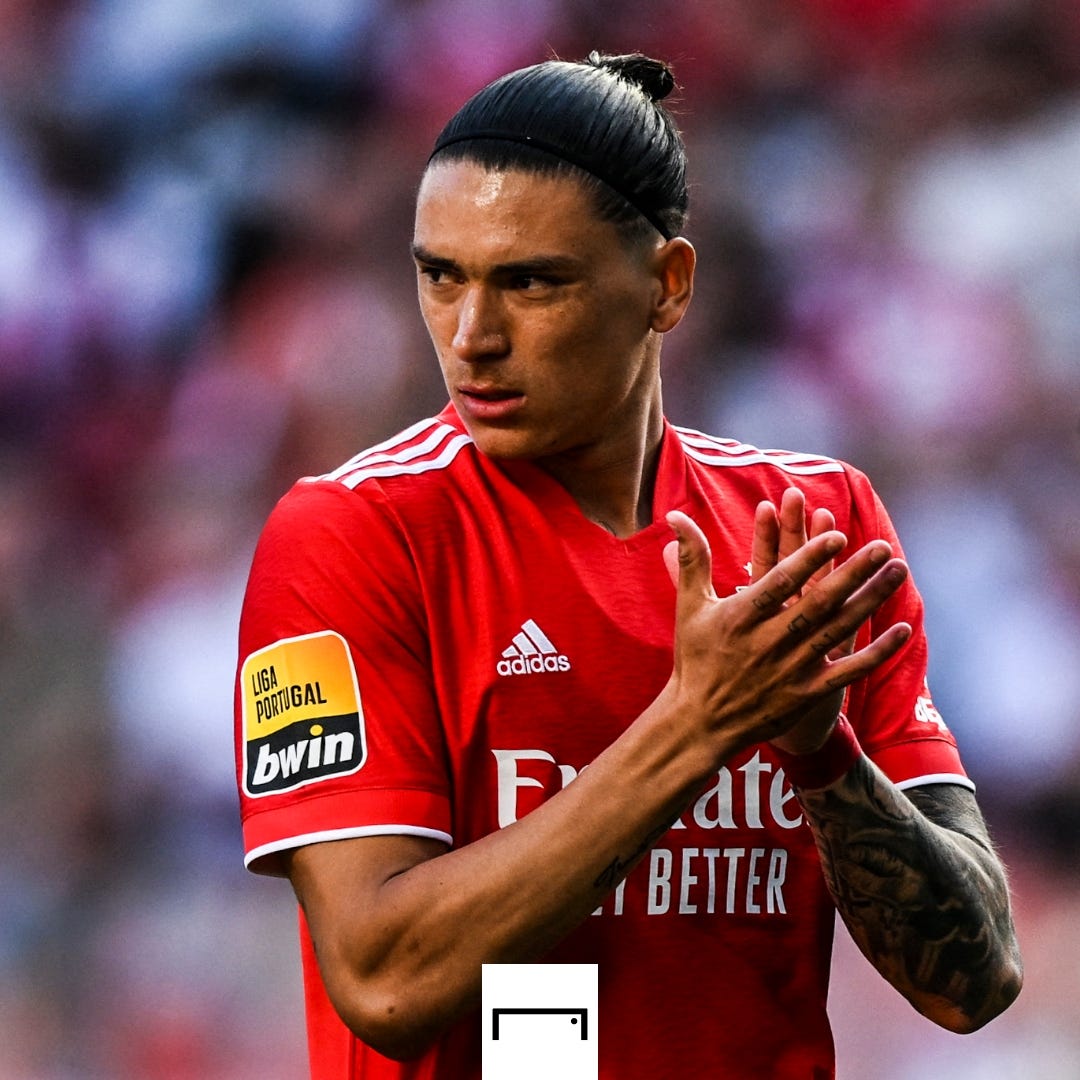 Julian Ward, the Reds’ new sporting director, is particularly well-connected in Portugal, and has received glowing reports on Nunez’s professionalism, work ethic and desire for self improvement.

Ward’s relationship with Pedro Marques, Benfica’s technical director, and with Jorge Mendes, the player’s agent, meant negotiations were smooth and cordial, despite the hefty figures at play.

Nunez, for his part, was always keen on a move to Anfield.

Klopp is understood to be particularly pleased with developments. The Reds boss was hugely impressed when Liverpool met Benfica in the Champions League quarter-final in April.

Nunez scored in both legs of the tie, battling hard with Ibrahima Konate in Liverpool’s 3-1 win at Estadio da Luz before wreaking havoc with a series of well-timed runs in the 3-3 draw at Anfield eight days later.

“If he stays healthy, [he has] a big career ahead of him,” remarked Klopp, who at that point was already aware there was a chance the big forward might be Anfield-bound this summer.

The transfer fee, naturally, will raise eyebrows, but Liverpool are banking on Nunez doing what Firmino, Salah, Mane, Jota and Diaz have all done before him: developing rapidly under the guidance of Klopp and Pep Lijnders.

At 22, he has even more scope for improvement than those mentioned, all of whom were a year or two older when signed. 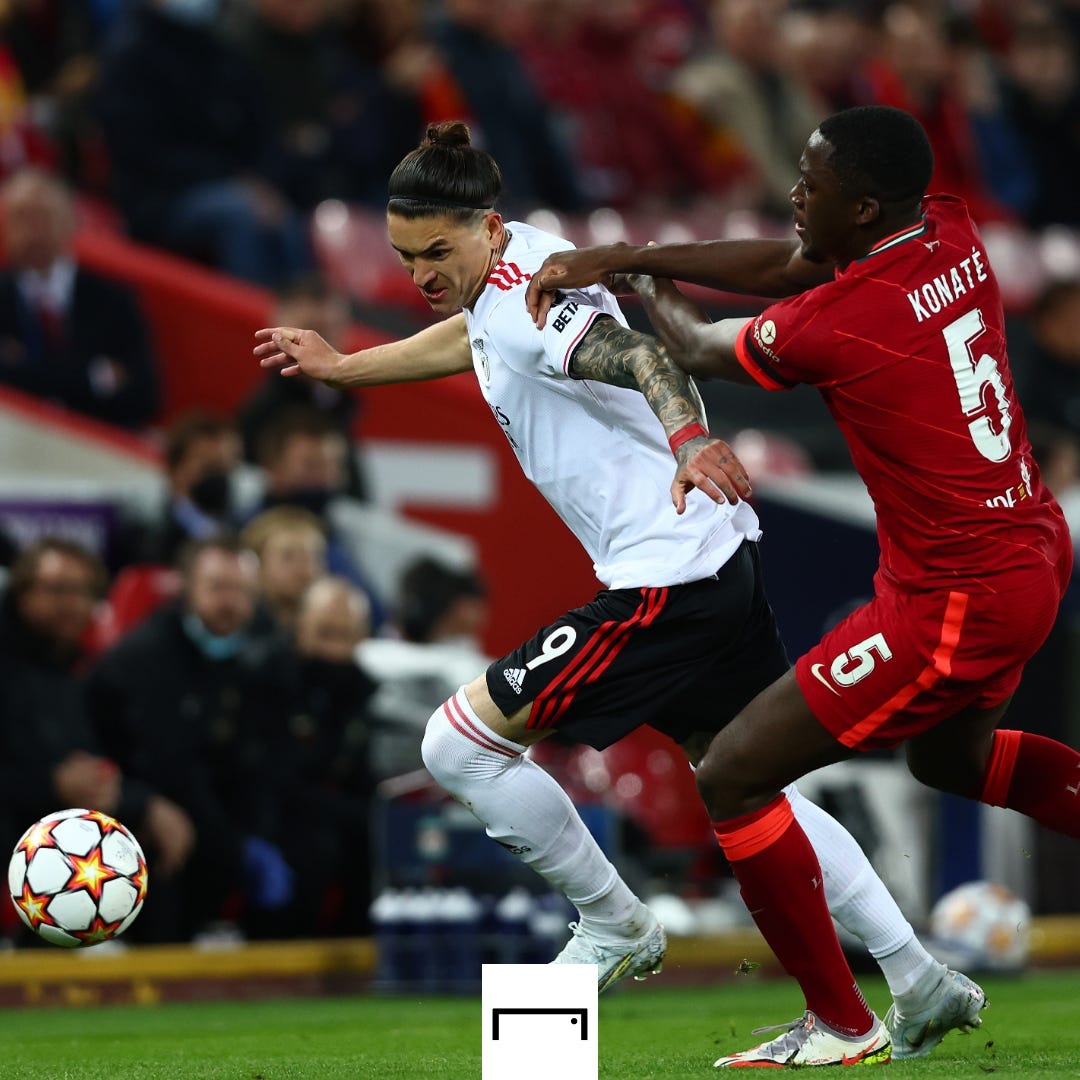 With Manchester City snapping up Erling Haaland, and with the likes of Karim Benzema, Robert Lewandowski, Harry Kane, Kylian Mbappe, Dusan Vlahovic and Cristiano Ronaldo all racking up big numbers on a consistent basis, it is interesting to see Liverpool join the arms race by splashing out on a striker of their own – even if Nunez is different to those listed above, in terms of both style and experience.

Klopp’s side have hardly struggled for goals – they scored 147 in 63 games last season, with Salah, Mane and Jota all hitting 20-plus – but maybe the lessons of those three cup finals, in which they drew a blank across 330 minutes of football, struck a chord.

For all Firmino’s qualities, a killer instinct in front of goal has never really been one, and the loss of Mane, and to a lesser extent Divock Origi, means almost all of the goalscoring burden would have landed at the feet of Salah – not that he would necessarily have been complaining.

Liverpool have had success with Uruguayan strikers before of course – we won’t discuss their record with players named Nunez – and it is interesting to note that Luis Suarez, who lit up Anfield during his three-and-a-half-years there, is already a fully paid-up member of the Darwin fanclub.

“I know a thing or two about forwards,” Suarez said. “And I told [Barcelona] ‘Pay attention to this one, he’s very good.'”

Instead, it is another of his former clubs who have taken the plunge.

A gamble, for sure, but one Klopp hopes will pay off handsomely. His second great Liverpool side is taking shape.