The Uruguayan striker is approaching the end of his initial deal with the Red Devils, with fresh terms and a move elsewhere being mooted

Edinson Cavani has spoken of his desire to "leave something positive behind" at Manchester United as he sees a new contract and move elsewhere mooted at Old Trafford.

The 34-year-old striker joined the Red Devils on a short-term deal in the summer of 2020 after being plucked out of the free agent pool by Ole Gunnar Solskjaer.

That agreement is coming to a close, with no extension agreed and talk of a switch to Boca Juniors doing the rounds, but the Uruguayan is eager to ensure that he makes a lasting impression in English football.

Cavani has told Inside United of the role he fills and what he hopes to achieve in Manchester: "Honestly speaking, I don’t really like to just give out advice. I’m just here to do my absolute best and to support this team and to leave everything I have out on the field, whether that’s in a game or a training session.

"Then, if a young player comes up and asks me something or they see me do things during a training session that they’d like to incorporate into their game, then that’s great. I believe that there are lessons all around you, not just from players in your own position.

"You can always take the best bits from someone else and see if they work for you in your own game.

"If they want to take something I say or do on board and take it as an example to use in their future development, then I’d be very happy, because it’s important to leave something positive behind."

How has Cavani fared for United? 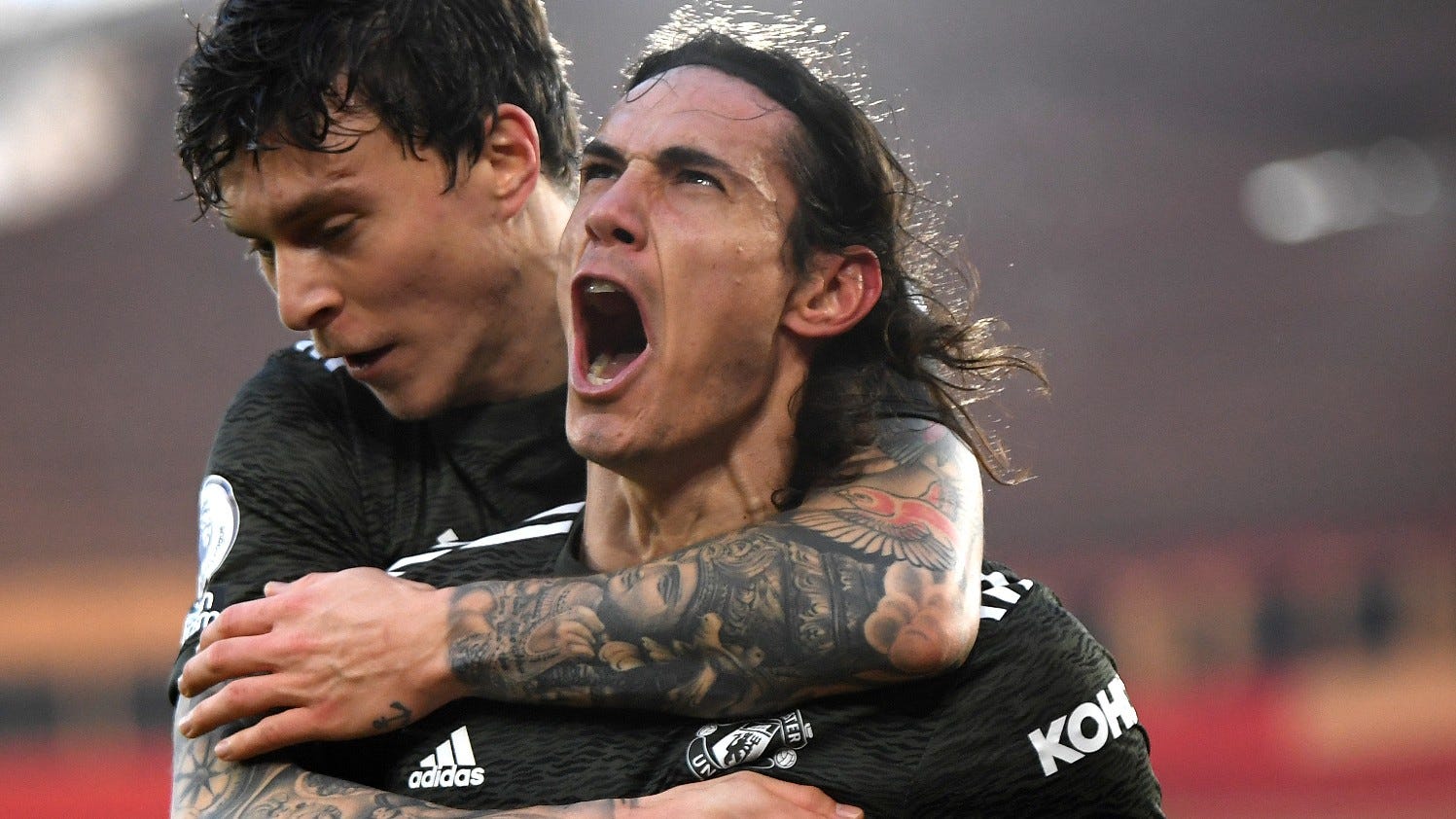 From the moment he walked through the door at Old Trafford, Cavani saw it suggested that he could have a key role to play in the ongoing development of Mason Greenwood and Marcus Rashford.

He has been more than happy to pass on words of wisdom, with a career that has delivered over 400 goals for club and country leaving him perfectly placed to inspire and guide others.

The experienced South American has shown during his time with United that he has lost none of his goalscoring touch, with predatory instincts allowing him to hit the net on 12 occasions.

Solskjaer is eager to keep him on board, despite links to the likes of Erling Haaland and Harry Kane, with fresh terms set to be discussed before the summer.

Cavani has, however, seen a return to his roots speculated on and Boca would happily throw open their doors to a frontman that left his native Uruguay to open a European adventure at Palermo in 2007.