'Best in the world' Mbappe can exceed Messi and Ronaldo, says Pochettino amid PSG renewal talks 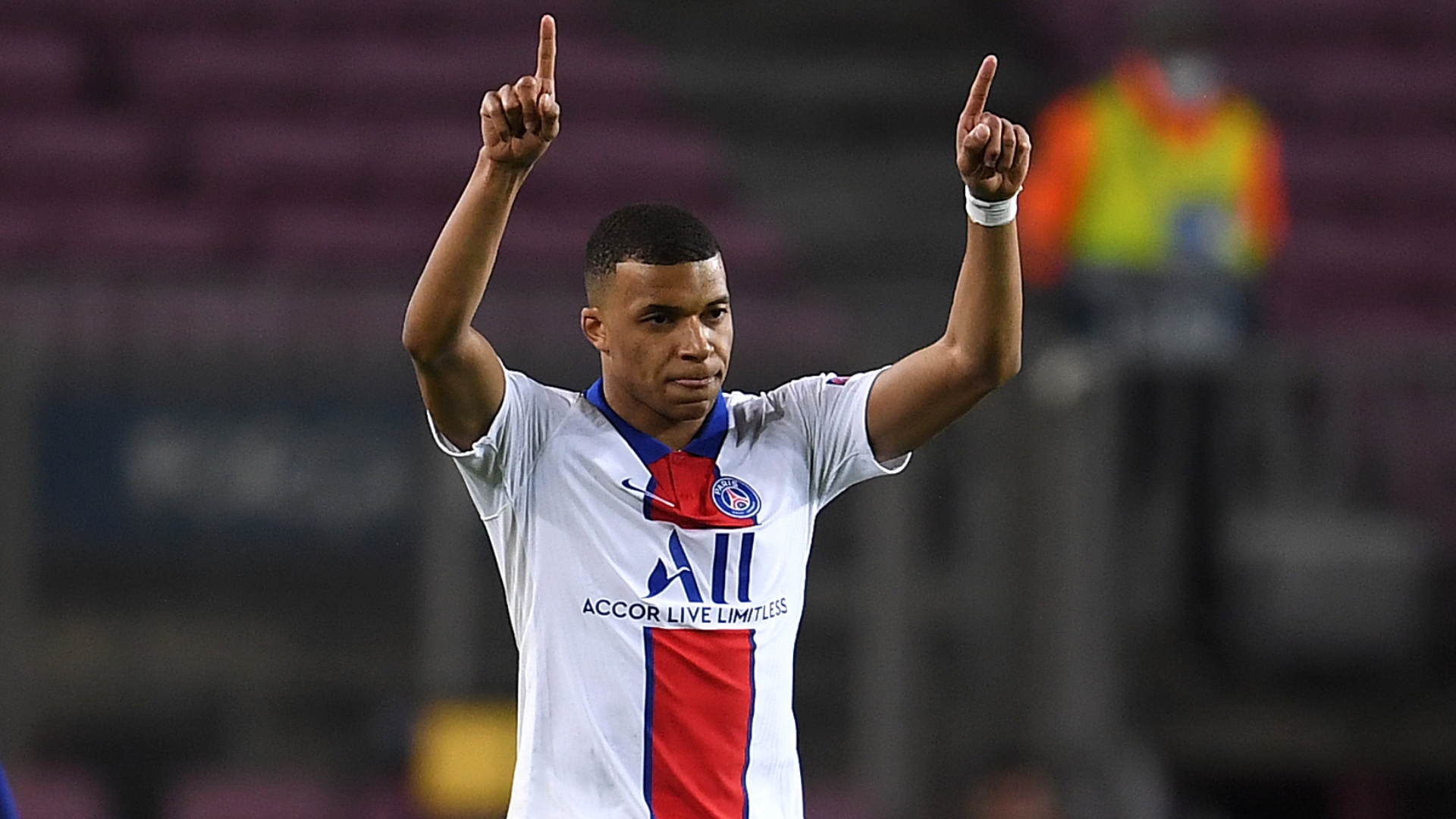 The France striker is in red-hot form as the Ligue 1 giants look to tie him down to a new deal, but his coach believes he is already among the greats

Kylian Mbappe is already among "the best in the world" but the Paris Saint-Germain star still has the potential to succeed Lionel Messi and Cristiano Ronaldo. says coach Mauricio Pochettino.

The France international bagged a brace this weekend in his side's 4-0 rout of bottom-place Dijon to extend his lead atop the division's goalscorer charts, further cementing his red-hot form in 2021.

Attention has turned at the Parc des Princes now to ensuring that the 22-year-old signs a new extension beyond his current 2022 end date, but while discussions continue, the club's new manager has nothing but effusive praise for his star striker, stating that he can match the modern game's two undisputed greats if afforded the space to thrive.

What has Pochettino said

"He has the potential," the Argentine stated when asked by AFP whether Mbappe could succeed Messi and Ronaldo at the top of the sport. "He lacks nothing but time.

"We cannot speed up the process. I think he's already among the best in the world.

"It will take time for him to flesh out his CV, to get the recognition he deserves and will get.

The former Monaco youngster further burnished his already flourishing legend with a hat-trick against Messi and Barcelona last month in the Champions League last-16, ensuring a comfortable 4-1 lead for the Ligue 1 side to bring back from Camp Nou.

Another such performance for the attacker - already a World Cup winner, one of the few honours to elude both Messi and Ronaldo across their career - in next week's second leg could prove to be a torch-passing moment, but Pochettino has warned his side to avoid a repeat of 2017's famous comeback win for the Blaugrana.

“In football, anything is possible," he continued. "The most incredible things can happen, both positive and negative.

"Sometimes the unthinkable can happen. But we are positive. We prepare every game the same way, always thinking that we have to win yet another time to go to the next round."