Barcelona star Messi will need treatment but not in danger for Bayern clash, says Setien 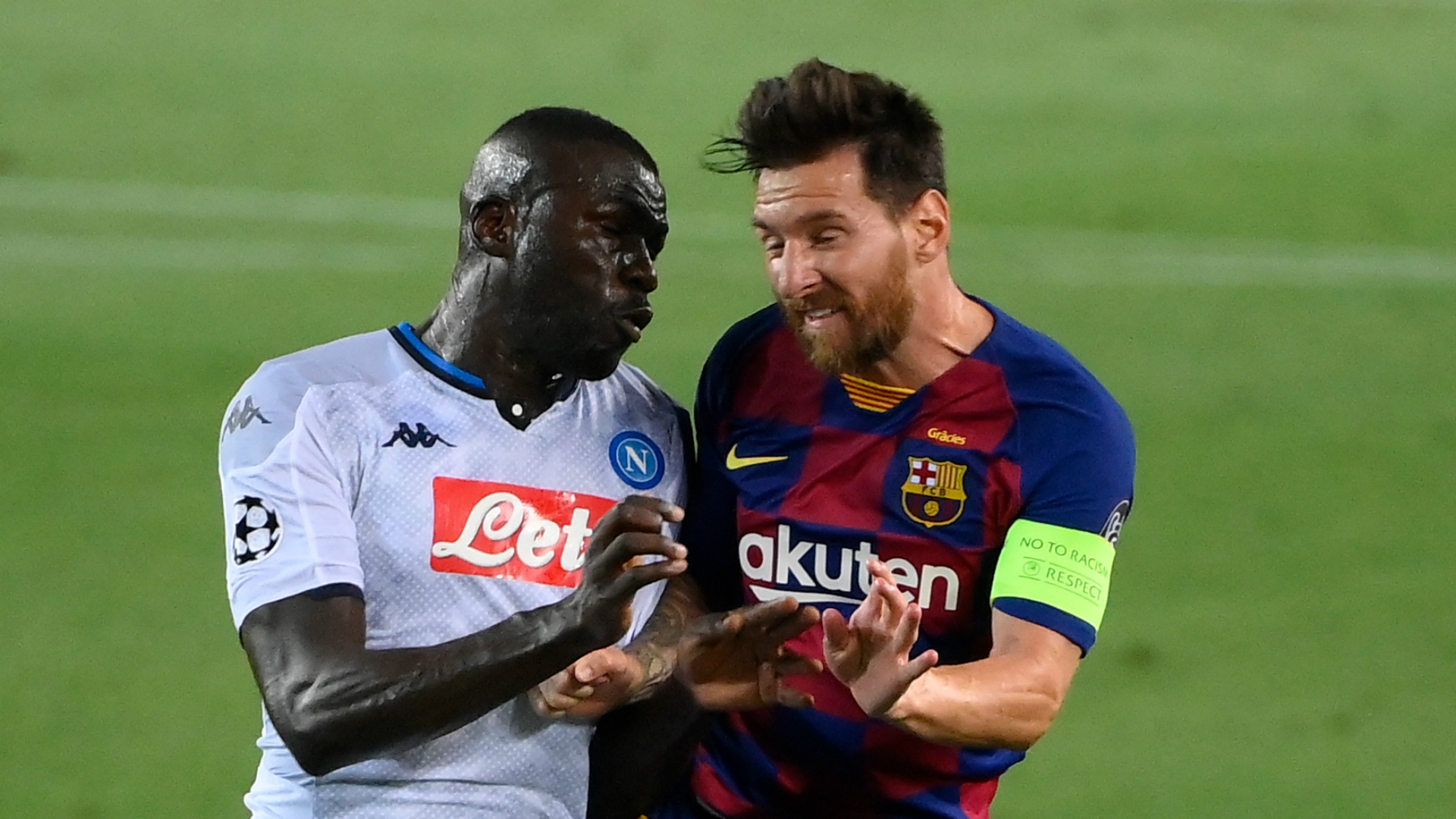 The Argentine's right ankle took a heavy blow from Kalidou Koulibaly in the first half, raising injury concerns after a match-winning performance

Barcelona head coach Quique Setien has backed Lionel Messi to make the cut for Bayern Munich after being felled during his side's Champions League last-16 victory over Napoli.

Goals from Clement Lenglet, Messi and Luis Suarez secured a 3-1 win for Barca at Camp Nou on Saturday and a 4-2 aggregate victory.

Barca were 3-0 up and had another goal through Messi disallowed for handball in the first half, and although Lorenzo Insigne's penalty shortly before the interval gave Napoli some hope, they could not find a way back into the contest against a resilient Blaugrana.

Indeed, Barca's biggest scare of the evening came when Messi went down from a heavy kick to his calf in winning a penalty against Kalidou Koulibaly, which Suarez stepped in to convert as his captain received treatment.

Setien, though, is confident the Argentine will be fit to face Bayern, who destroyed Chelsea 7-1 on aggregate, in Friday's quarter-final.

"He took a strong hit, but he looks okay. It'll need treatment but I don't think it'll be a problem," he told Movistar when quizzed on Messi's fitness.

"It'll be a really tough game. They have gone through a tie with a six-goal margin. They are an amazing team and it'll be a great game."

Setien insisted that Barca had their Champions League last-16 second leg against Napoli under perfect control - even though he was feeling nervous on the touchline.

Barca have endured nightmarish second-leg losses to Liverpool and Roma in the past two seasons, so Setien was particularly pleased with the manner of their performance when under pressure from Napoli, even if he could not always keep his anxiety in check.

"It was what we were looking for, to take the first step and to wait for the rest of the games with the same excitement with which we faced this one," he added.

"We were very good and we deserved the victory.

13 - @FCBarcelona have progressed to the quarter-finals in each of the last 13 #ChampionsLeague seasons, failing for the last time in 06/07 campaign under Frank Rijkaard. No other team have done it in at least eight times in a row in the competition history. Lisbon. pic.twitter.com/jyFo6Me43Z

"It's true they had us compromised in the opening minutes. Napoli are a really good team - it's not easy to do what we've done. They're one of the best teams in Italy.

"We controlled it perfectly, we had a really good first half and in the second they were more in charge but they still didn't put us in much danger.

"A second goal would have given them a boost that could have threatened us. It's normal to be a little bit nervous, of course."

Barcelona and Bayern will meet on Friday in Lisbon's Estadio da Luz, with the winner set to face either Manchester City or Lyon in the last four.