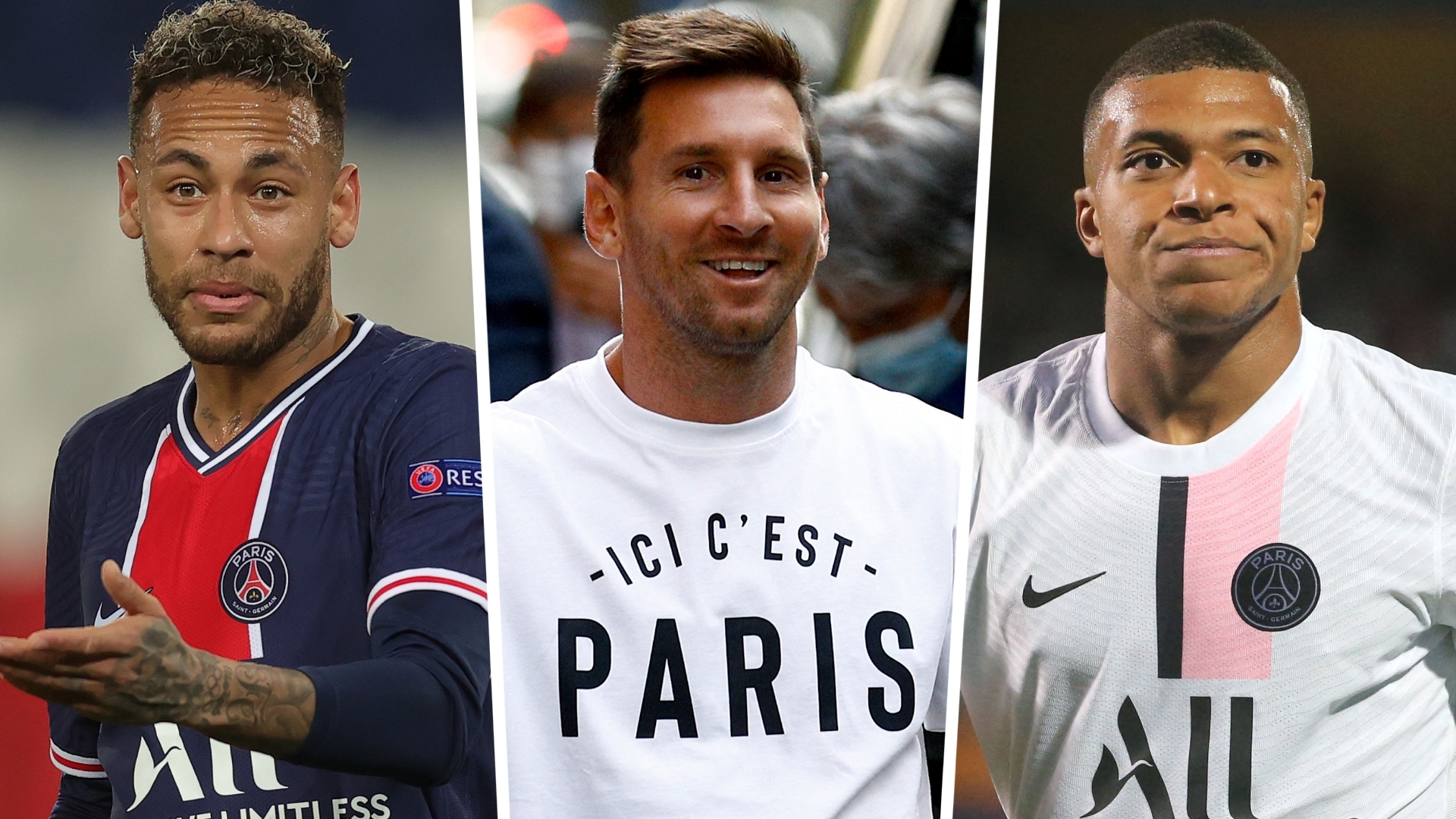 For the first time in his career, the Argentina legend will play for a club that is not Barcelona, having left Camp Nou in emotional circumstances last weekend.

It marks one small step for Messi, but one giant leap for PSG, who, in capturing the six-time Ballon d’Or winner, have pulled off a transfer coup that is arguably greater than the one that saw them prise Neymar away from Barca in 2017 for a record-shattering €222 million (£188m/$260m).

One of the few sticks that critics have left to beat Messi is that he has not proven himself away from Barca, whose brand of football has been devoted to getting the best from the 34-year-old almost since he first exploded onto the scene nearly two decades ago.

Having won a major international honour in the summer as he led Argentina to the Copa America, Messi will now seek to silence what is perhaps the last major argument against his name.

Of course, simply winning Ligue 1 will not cut it; he has to lead PSG to their first Champions League title.

But how will head coach Mauricio Pochettino use Messi in order to do this? Here are a trio of the likeliest possibilities...

Pochettino is a well-known fan of the 4-2-3-1 system and it is one that has been used by several top clubs for many years now.

Messi may be sporting the No.30 shirt but he would operate in the No.10 role in this system, pulling the strings to allow Neymar to flourish down the left and Angel Di Maria to operate on the right.

Kylian Mbappe, meanwhile, would be tasked with leading the line.

This all-star front four would be backed by Gini Wijnaldum and Marco Verratti, who are set to be extremely busy defensively this season.

Achraf Hakimi would patrol the right and would provide much of the width from full-back, with Juan Bernat likely to be asked to play in a more restrained manner on the left.

A marginally more defensive option for Pochettino is a 4-3-3, with Di Maria the attacker sacrificed.

This system will offer the defence additional cover, with Idrissa Gueye slotting into the midfield. He would serve as the outright ball-winner that PSG would lack in the 4-2-3-1.

This formation could also offer greater versatility among the front three.

Messi and Mbappe could change roles depending on the state of the match, offering the Frenchman more room out wide, where his pace could be better exploited.

Messi, of course, has never had any problems playing in congested spaces, so may arguably be the more effective player through the centre.

A slight variation on the previous system could see PSG adopt a back three, which Presnel Kimpembe selected alongside Sergio Ramos and Marquinhos to provide additional cover defensively.

Meanwhile, Hakimi and Bernat would both have the freedom to attack. Indeed, they would both be expected to provide service to a forward line that would be spearheaded by Messi and Mbappe.

With this set-up, it would be Neymar pulling the strings from the No.10 role, offering him a little more space to weave his magic.

Opponents would surely be reduced to packing the centre of their defence to counter this attacking threat, given the quality of PSG’s front three, meaning more space for Hakimi, particularly, to exploit down the right flank.

This formation is already considered Pochettino's best option, given it arguably offers the best balance between attack and defence.