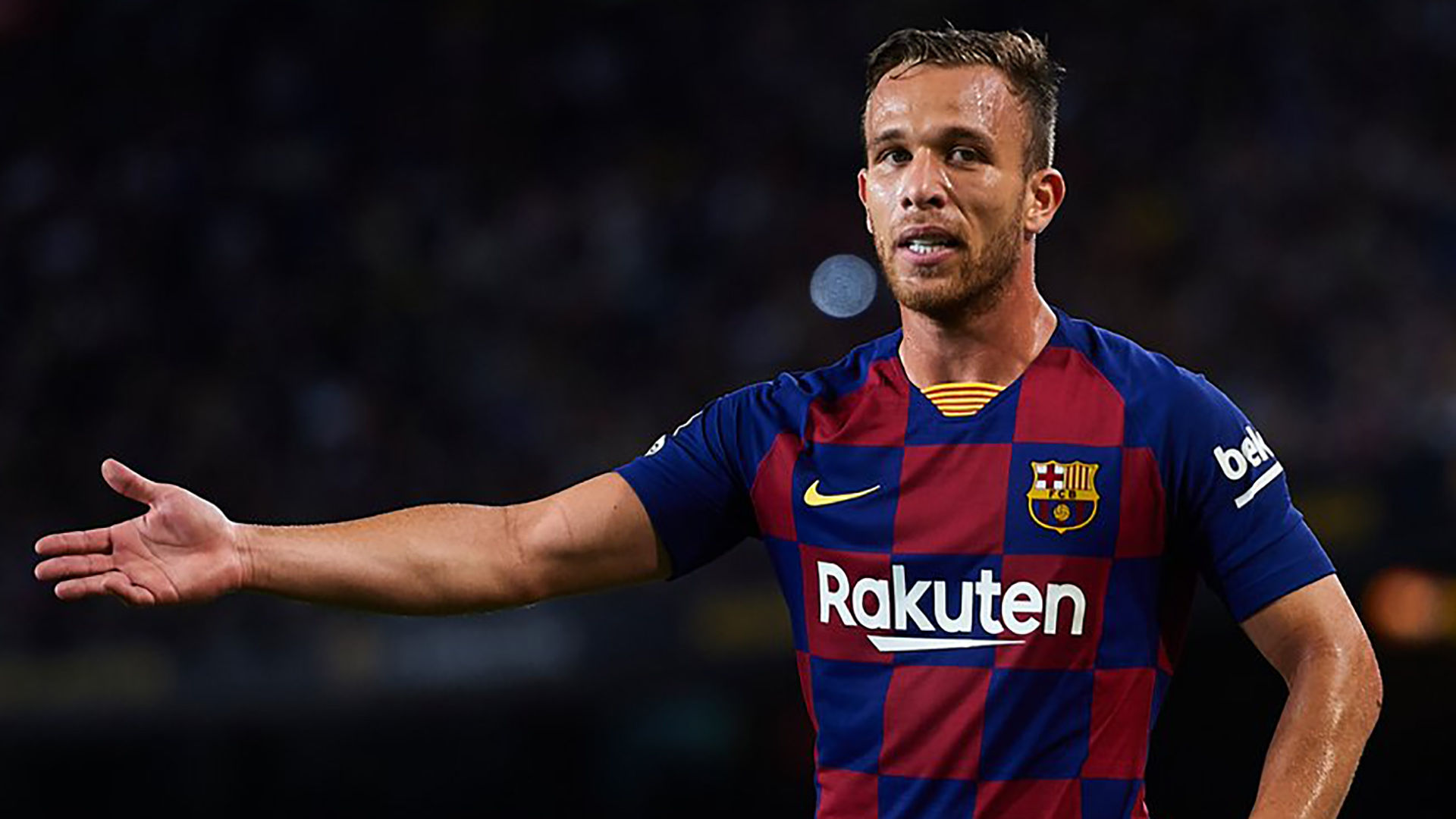 Arthur has insisted that he wants to stay at Barcelona amid interest from Serie A champions Juventus.

As reported by Goal, initial discussions have taken place between the two clubs, with Juve keen on signing the 23-year-old midfielder, potentially in a swap deal that could include Miralem Pjanic.

Maurizio Sarri is a fan of the Brazil international and is aiming to sign a midfielder when the transfer window reopens, albeit with Paul Pogba being at the top of the Serie A club's wishlist.

The Juve head coach is looking to add goals to his midfield, with there having been a reliance on the likes of Cristiano Ronaldo and Paulo Dybala higher up the pitch in the 2019-20 campaign.

Former Arsenal midfielder Aaron Ramsey has chipped in with four although Sarri remains unconvinced that the Welshman is a viable long-term solution.

Aside from Arthur and Pogba, Chelsea star Jorginho has been mentioned as one possible Juve target, while the Serie A champions are also part of a lengthy list of clubs interested in signing Brescia sensation Sandro Tonali.

Despite Barca being open to the idea of selling Arthur, should the right offer arrive, the player himself has insisted that he wants to remain at Camp Nou, where he is contracted until 2024.

He said: "There is always speculation but my idea is clear. The only option that interests me is staying at Barcelona.

"The supposed interest of big clubs is always flattering and a positive sign, but my mind is on playing for Barcelona for many years."

Arthur has made 67 appearances in all competitions for Barca since joining the club from Gremio back in 2018 and is considered an important member of Quique Setien's first-team squad.

He has also claimed 20 caps for Brazil and was part of the Copa America-winning side that beat Peru in the 2019 final, with Arthur's performances seeing him named in the team of the tournament.

While the former Gremio star is keen to remain at Camp Nou, the future of Philippe Coutinho is somewhat more uncertain.

Barca remain hopeful of offloading the 27-year-old, who is currently on loan at Bayern Munich, in the summer and have offered him to Premier League clubs in the hope of finding a buyer.