‘The USWNT is not this big giant we have to slay anymore’ – Olympic win has given Canada momentum, says Beckie 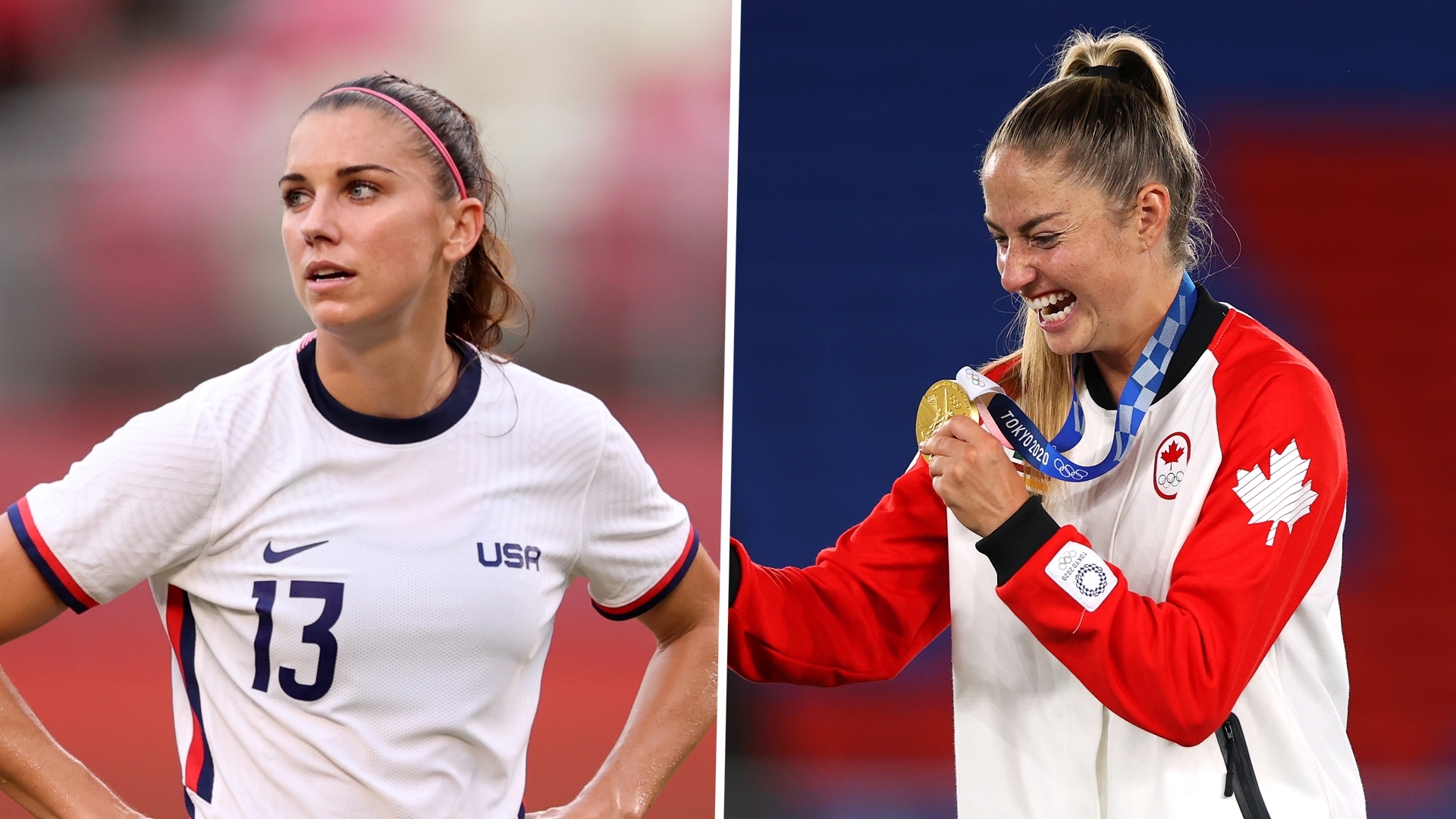 The Manchester City forward believes Canada’s gold medal and win over the U.S. women’s national team at Tokyo 2020 will be huge for the future

Canada forward Janine Beckie believes the team’s victory over the U.S. women’s national team at this summer’s Olympic Games can do wonders for the future of what has been a relatively one-sided rivalry.

After that semi-final win over their neighbours, the Manchester City forward was part of the team at the top of the podium at the end of the women’s football tournament at Tokyo 2020, beating Sweden on penalties in the gold medal game.

Reflecting on the summer, Beckie had huge excitement not only about the achievement, but about the future of the game in Canada after securing the team’s first major title – and their first win over the USWNT in 20 years.

“With the U.S., it's always an incredibly difficult challenge,” Beckie told reporters on Thursday. “They're such an interesting team. Obviously, we have massive respect for them. Our rivalry is very fiery and always brings out, I think, the best in both teams. But that was the first time I really felt like we dominated them, I would say more so in the first half, maybe than the second.

“To have won that game, I think it just will spur us on for any time that we face them in the future, that it's not this big giant we have to slay anymore. I think it was the way that we prepared for the game.

“The feeling of beating them on that stage, to then go play for a medal, was pretty incredible. I definitely won't forget how that felt. It was pretty great.”

Christine Sinclair, the all-time top goalscorer in international football, was the only member of Canada’s team who played when they last beat the United States. Now, there will be a whole host of players who know what it feels like. But it’s not just in the national team that this gold medal will have an impact.

“There's really no telling what this has done and will continue to do for the game in Canada,” Beckie explained. “It gives us a lot of, maybe, momentum to make some of the changes that we want to make in the sport in our country.

“I think it gives us a great platform to keep pushing for a domestic league, which is, in our minds, the next huge step for us as a country and our development of young players to be able to see not just Canadian women, but women from all over the world, competing on a professional stage domestically. I think that's probably one of our biggest priorities right now.

Beckie now goes into the new season with Man City having had a taste of glory – and she wants more.

“You would think, in some ways, that once you have something like this [gold medal], there is a satisfaction that is reached. But if anything, it’s made me hungrier for more,” she said. “It’s something I got to check off my list of things I wanted to win. Obviously, I want to win the World Cup, but those are international trophies.

“We [City] want to win the league this year. We have narrowly missed out in the last couple of seasons. It’s one of the big ones that we expect to win. We put ourselves in a great position last year to win it, but didn’t take care of business in some games so we’re definitely looking to get off to a good start next week.

“The Champions League is also one of the biggest reasons as to why I came to play in Europe. We want to win that trophy and we have an incredible group this year to do that. We had a good run last season, but in the Champions League it only takes one result to make it difficult for you.

“We always put ourselves in a good position to win trophies. We want to retain the FA Cup, we want to get the League Cup back too, so the ambitions at this club are always big.

“We have built a team that is capable of winning multiple trophies so I think this summer spurs [on] my desire to continue to rack up the trophies. It’s definitely a good one to start the year with.”

Man City will begin their WSL season next weekend, playing Everton at Goodison Park. Before that though, they will begin their Champions League campaign, facing Real Madrid, in just their second season as a women’s team, in a two-legged tie. The winner will progress to the group stages.