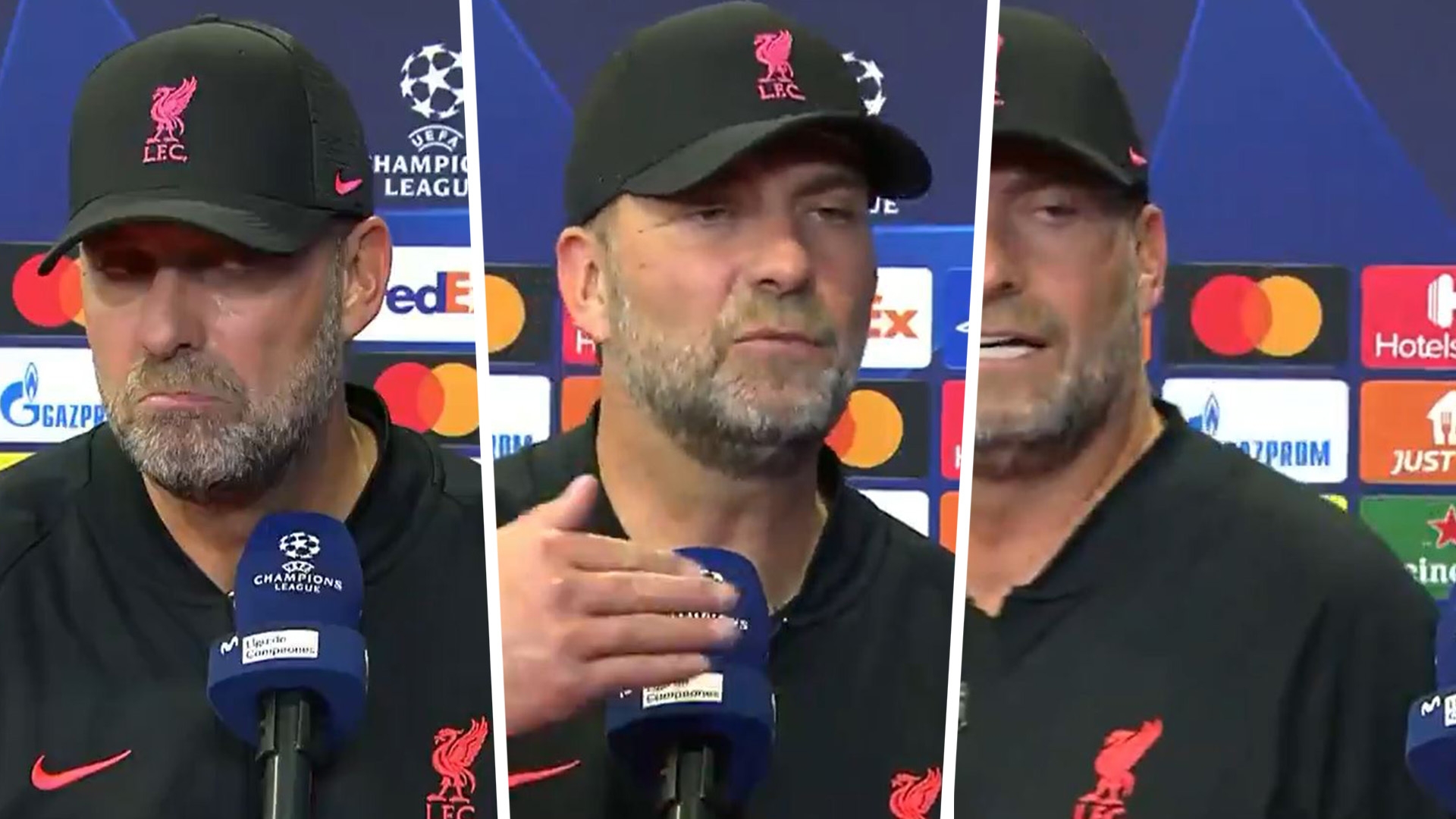 The German boss was angered, rather ironically, by a question about his demeanour after the Reds' 3-2 victory at the Wanda Metropolitano

An irritated Jurgen Klopp cut short an interview in the wake of Liverpool's 3-2 win over Atletico Madrid on Tuesday, believing that a journalist was trying to put words in his mouth.

Diego Simeone caused some controversy after the Champions League encounter, running down the tunnel directly after full-time and snubbing a post-match handshake with Klopp as a result.

The German made it clear that he was unperturbed by the Argentine's actions due to the heat of the moment, but one interviewer seemingly would not let the issue go.

Asked why he was so angry after the match despite securing three points against a dogged Atleti side, Klopp replied: “Why was I angry? I am not such an idiot that you can [ask a] little question here. I was not angry at all.

“Have a look. You want to make a story out of that, I can imagine. I wanted to shake his hand, he doesn't want it.

“In that moment I can understand that, he was running inside. He’s emotional, I’m emotional, and you are not a nice person because you want to make a story out of that.

“You said I’m angry, when was I angry? Now I am angry because of your question, come on.”

Refusing to drop the issue, the interviewer insisted his question was serious, to which Klopp replied: “Yeah, yeah.”

As the Reds boss stormed off, the journalist let out a laugh.

Simeone defended his actions to the press, insisting it was nothing personal. He said: “I never shake hands after a match, because I don’t like it. It isn’t healthy for either the one who wins or the one who loses. That’s the way I see it.

“But now when I see him I will shake his hand without problem.”

Klopp was largely in agreement with his opposite number, stating: “The next time we see each other we will definitely shake hands. It's nothing. He was obviously angry, not with me but with the game. There is nothing else.”