What is the ‘hairdryer treatment’? Meaning of the phrase & football managers who gave infamous dressing room rants 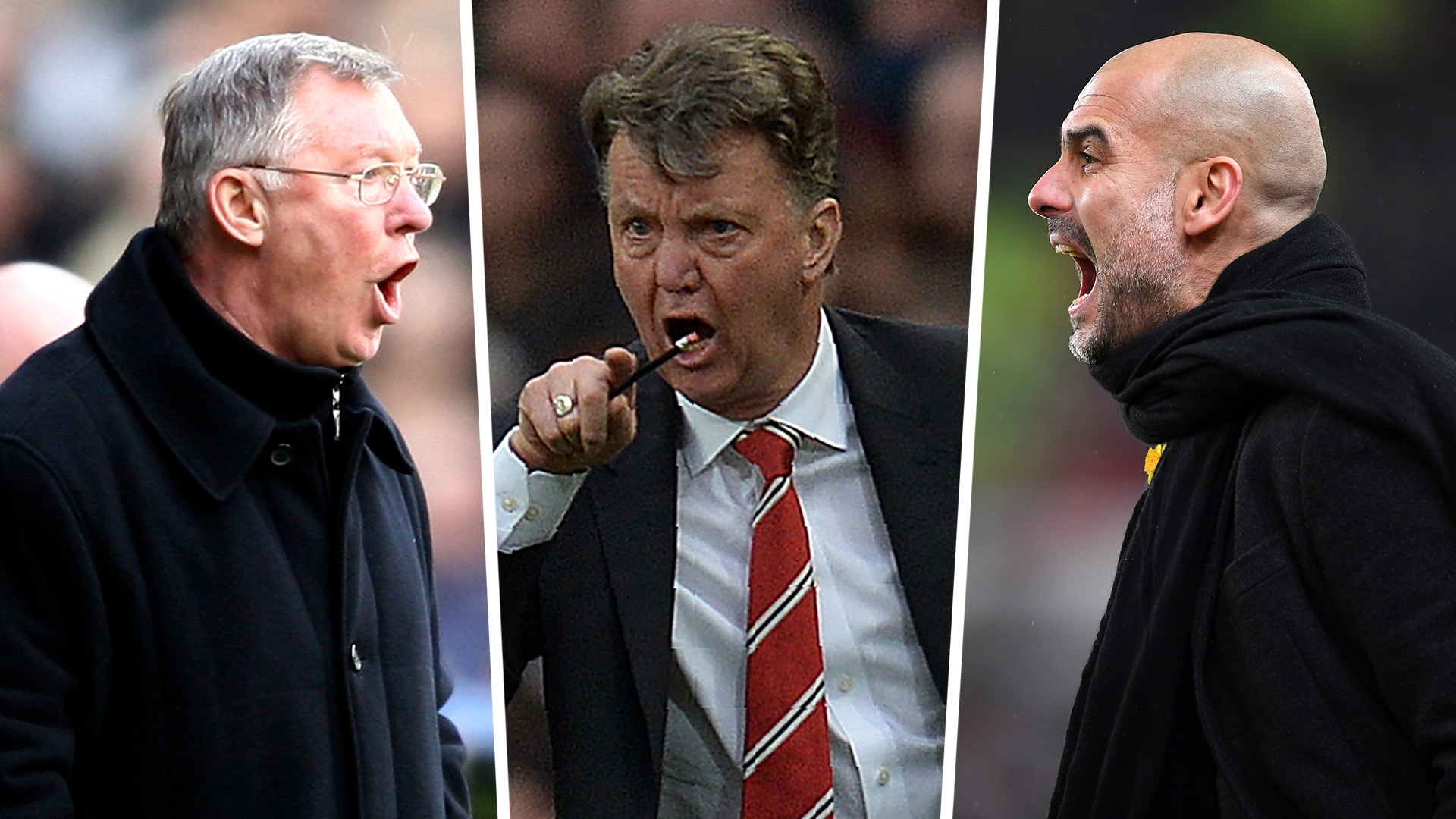 When a coach becomes so incensed with the performances of his players, it might be time to consider the 'hairdyer treatment'

One of the chief tasks for a football manager is to inspire and motivate their players to reach a certain standard. If they fall short of that, then they have to find a way to raise them up.

It can be quite a difficult task to find the right balance, especially when there are so many different personalities involved in a dressing room, each with their own particular quirks and sensitivities.

Some players need to be carefully cajoled over time, while others benefit more from a direct approach.

Occasionally, however, a manager will feel compelled to deliver what is known as 'the hairdryer treatment'.

So what exactly is it? Goal takes a look at the 'hairdryer treatment' as well as some of its most famous practitioners.

What is the 'hairdryer treatment'?

The term 'hairdryer treatment' is used in football to describe an angry verbal reprimand, usually delivered by a manager to an individual player or group of players within a dressing room.

It is a simple metaphor which likens such a tirade to the loud and heated propulsion of air from a hairdryer.

Generally speaking, the 'hairdryer treatment' remains verbal in nature, but things can occasionally overheat and result in physical altercations between parties.

While it is normally associated with managers who become furious with their players during or after games, players can also administer such dressing downs and it does not have to be confined to a dressing room.

Managers who use the 'hairdryer treatment'

Certain managers and coaches are renowned for their use of the 'hairdryer treatment' to get their point across to their players.

It is particularly common among individuals from older generations who have grown up in a sporting environment where 'tough love' was a normal feature of the landscape.

However, even those who favour a holistic and less confrontational approach have been known to let their tempers get the better of them.

Below are some examples of managers who are or were famed for their dressing room rants.

The term 'hairdryer treatment' rose to prominence during the heyday of legendary Manchester United manager Alex Ferguson, who was known to possess a temperamental streak when it came to matters of discipline and performance.

Ferguson clashed with a number of his players during his tenure at the helm of the Old Trafford club, but the most notorious incident occurred in 2003 following an FA Cup defeat to Arsenal, with David Beckham the victim of his ire.

Ferguson inflicted a wound on the star by kicking a boot in his direction and it became a sensational news story when Beckham subsequently appeared with a somewhat ostentatious paper stitch in the shape of an 'x' over his eye. The Red Devils boss explained in his autobiography that the flying boot moment arose due to the sense of frustration he felt over Beckham's perceived work rate ahead of his transfer to Real Madrid.

The England star was clearly unhappy about the incident at the time, but he has since accepted the funny side of it, joking in 2017 that the flying boot incident gave him an insight into how accurate his former boss really was with his feet.

Dutch coach Louis van Gaal has forged a reputation for being severe and no one is immune from the critical lashings of the former schoolteacher's tongue. He has ruffled feathers at Ajax, Barcelona, Bayern Munich and Manchester United, with a number of players attesting to his serious disposition.

Former Bayern defender Martin Demichelis said that he had to calm Van Gaal down on occasion, revealing that he was once kicked the door of the dressing room and launched into a half-time rant, despite the fact that the team were winning the game 3-0.

Indeed, the towering Dutchman has infamously fallen out with individuals such as Johan Cruyff, Rivaldo, Mark van Bommel and Luca Toni. He has also delivered stinging rebukes to journalists, calling one 'fat man' and cheekily slapping another on the face during his time as United boss.

Even now, in retirement, Van Gaal has not been shy about his misgivings and recently admonished the Manchester United players for ignoring his emails.

Former Manchester United captain Roy Keane set the standards at Old Trafford and throughout his playing career he could be heard furiously snapping at opponents, referees and team-mates alike. However, his strident personality and inability to hold his tongue meant that Keane frequently fell out with those he was supposed to be working with.

He came to blows with Peter Schmeichel after an argument, butted heads with Mick McCarthy, which resulted in him missing the 2002 World Cup, and finally crossed Alex Ferguson, which precipitated his Old Trafford exit.

His tendency to dish out the 'hairdryer treatment' was recalled by Barcelona defender Gerard Pique, who claimed the Irishman resembled Jack Nicholson's murderous character in the thriller 'The Shining' when he learned that a player had brought their mobile phone into the dressing room.

"Roy lost his mind! He went nuts in front of everybody!" Pique told The Players Tribune. "It was incredible. I almost s**t myself. But it was a good lesson."

Keane's no-nonsense mentality did not abandon him when he made the transition into management and he has had much publicised disputes with a number of his players at Sunderland, Ipswich and the Republic of Ireland.

Catalan coach Pep Guardiola a swirling ball of energy when it comes to football, such is his passion for the sport and, while he usually retains his composure in public, the Manchester City boss is a fearsome motivator. Whether it is in the dressing room or on the training ground, Guardiola has no qualms about blasting his players when they fall below the standards he expects of them.

In November 2018, after a victory over Manchester United, the former Barcelona boss did not wait to get into the dressing room to give Raheem Sterling a piece of his mind, chiding the player on the pitch in full view of the fans and television cameras for antagonising the United players. The video can be seen below.

The documentary 'All or Nothing: Manchester City' is packed full of clips showing Guardiola's passionate dressing-room addresses to his players and, while most are encouraging in nature, some show flashes of the anger he is capable of expressing.

While manager of Bayern Munich, he famously scolded a British journalist for failing to maintain eye contact with him when he was answering a question that was put to him. "Look at me when I talk to you," he commanded.

According to Jesse Lingard, Ole Gunnar Solskjaer has "got a hairdryer in him" despite his cheerful demeanour.

The Norwegian coach, who took over as interim Manchester United boss in the wake of Jose Mourinho's sacking, whipped the players into shape and set them off on an impressive winning streak. Clearly he is taking no prisoners.

"He'll put his foot down and tell you how it is," Lingard said in an interview with Sky Sports.

"That's what you need sometimes if a game is going well, you need a pick me up to remind yourself that you are a Man Utd player and you play with pride and passion. It's not all jokes and smiles. We work hard and that's what he wants."

When he was appointed as Mourinho's replacement, Solskjaer's compatriot Henning Berg hinted at that toughness, saying: "He’s a clever man, don’t be fooled by his young face, he’s got steel in his eyes."

Cardiff City boss Neil Warnock has never been afraid to air his displeasure about issues, whether it be his team's performance, the behaviour of other clubs or the drawn-out spectacle of Brexit.

He has cultivated a reputation as a surly manager who never holds back when his players are falling short during the game and there is an abundance of footage online showing the veteran subjecting various teams to the 'hairdryer treatment'. There is no end to Warnock's fury.

Last season he branded Wolves boss Nuno Espirito Santo a "disgrace" for his excited celebrations after Cardiff missed two late penalties in a game and he recently lambasted Liverpool for having 'no class' following the decision of Nathaniel Clyne to eschew a move to Wales in favour of a loan switch to Bournemouth.