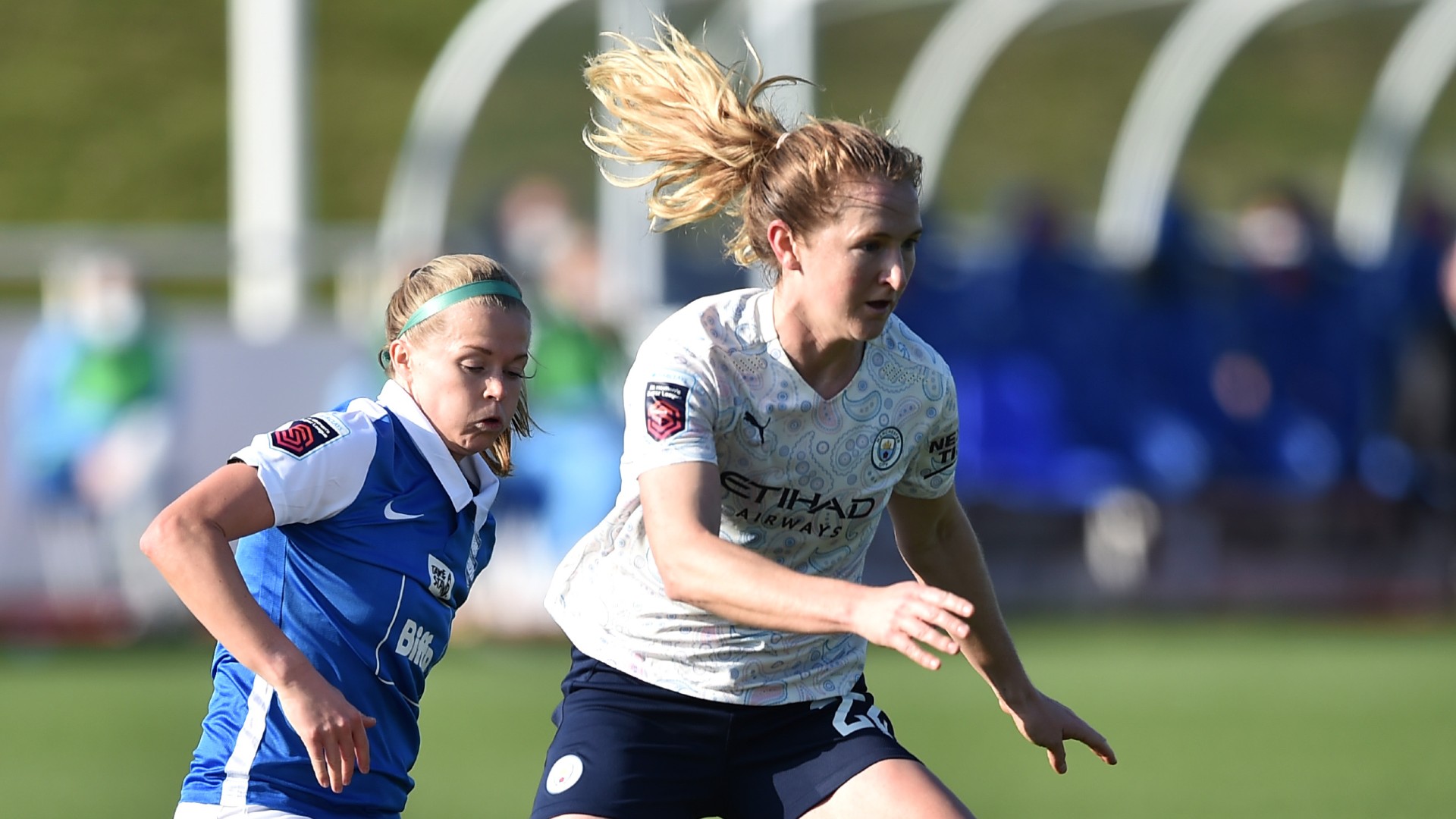 Manchester City manager Gareth Taylor was full of praise for Sam Mewis after the U.S. women's national team midfielder marked her return with a brace.

The midfielder's pair of goals came after she missed out on the SheBelieves Cup due to an injury suffered during the USWNT's January camp.

What did Taylor say about Mewis?

“Sam does that!” he declared. “She’s been out for quite a long period – I think her last game would have been in the Champions League.

“That’s quite a long time she’s been out but with her not going away for the SheBelieves Cup, we were able to keep her here and get her ready – and her performance was really good.

“I thought it wasn’t an easy finish [for her opener]. It was a good ball but those crosses were with violence! It was that little bit of quality we’d not had for the 40 minutes previous.

“It was important we got that goal. It calmed the nerves a bit and allowed us to try and dominate in the second period."

Returns of Lavelle and Dahlkemper

Taylor also discussed Rose Lavelle and Abby Dahlkemper, who made appearances as substitutes after returning from the SheBelieves Cup.

After starting the match on the bench, Lavelle entered the game in the 72nd minute, while Dahlkemper joined the fray four minutes later.

Lavelle's return comes after she scored one goal in three appearances during the SheBelieves Cup, earning the competition's MVP award, while Dahlkemper started twice during the tournament.

“They didn’t land back until Friday evening," Taylor said. "They had one half of a session before Birmingham. We are really pleased they are here and the fact we got them on the pitch was a real bonus.

“I thought the medical department were advising me not to put Rose in. I wanted her to be here but we know she was very tired."

Up next for Manchester City

Following the win over Birmingham, Manchester City are just two points behind leaders Chelsea and four points ahead of third-place Manchester United.