Rudiger, Christensen and Chelsea's race against time to tie down Tuchel's defensive wall 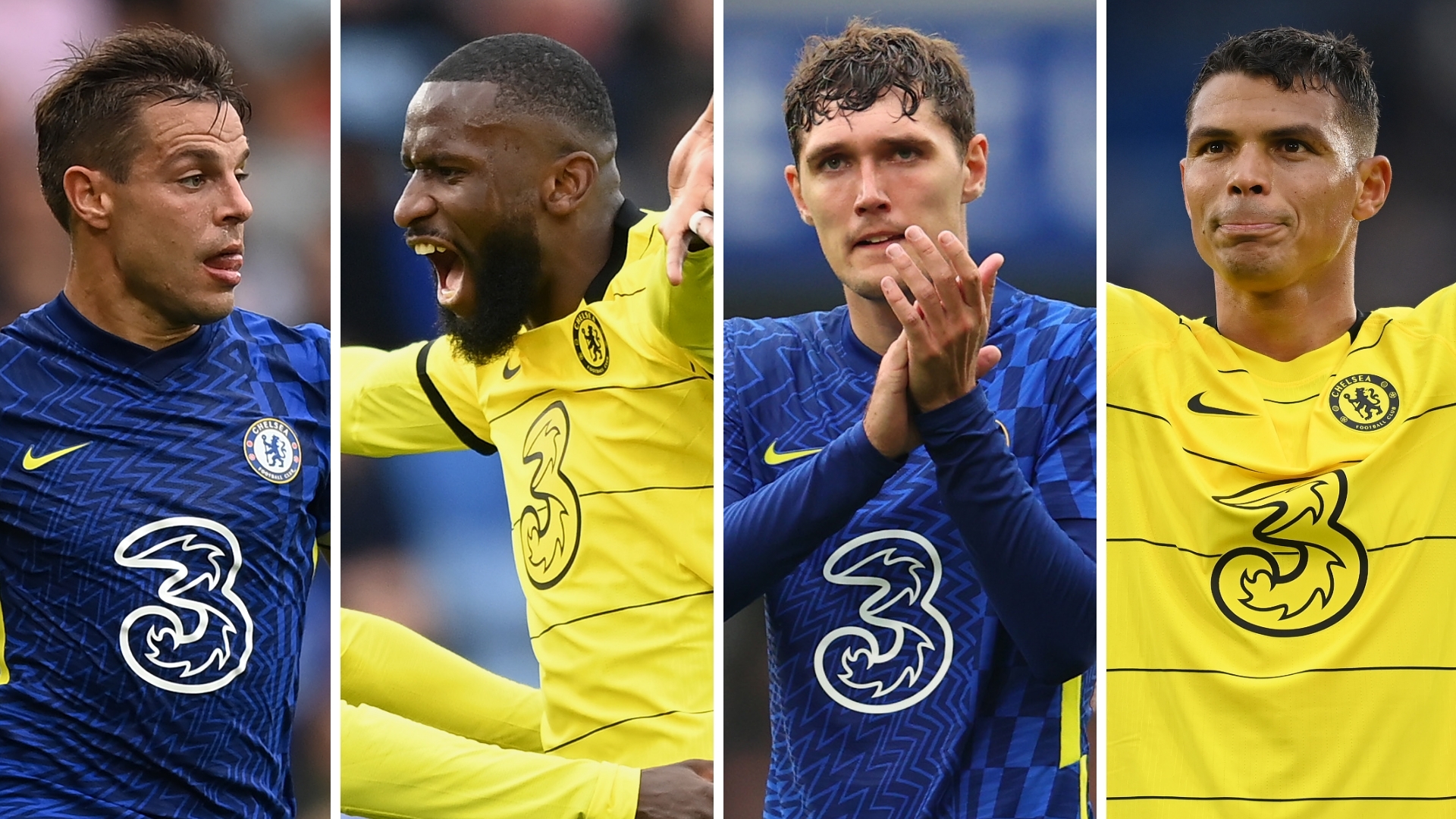 The Blues have four senior centre-back options who are out contract this summer, with some more open than others to agreeing fresh terms

On Saturday at the King Power Stadium, Leicester City faced a yellow wall as they attempted to break down Chelsea's defence.

The level that the Blues' backline is playing at right now cannot be understated, with Thomas Tuchel's side having conceded just 17 Premier League goals since he took charge in late January.

That is fewer than any other team by eight goals, and it has led to them keeping 19 clean sheets, with shut-outs recorded in 61 per cent of Tuchel's league games. That, again, ranks them far above any other side in the English top-flight.

In addition, Chelsea have conceded just once away from home in the Premier League so far this season, and that came from the penalty spot as Mohamed Salah converted from 12 yards at Anfield in August.

But not only are they not conceding goals, but they also concede few shots or chances. Leicester managed just four attempts at the weekend, and while that is below the average number since Tuchel replaced Frank Lampard, it is rare that teams reach double-figures against the current title race frontrunners.

It is not just in their own third of the pitch where Chelsea's defensively-minded players are contributing, either.

The centre-back has given Chelsea the lead at the King Power!

Nothing Kasper Schmeichel could do there... pic.twitter.com/s0HpOmqzWk

Antonio Rudiger opened the scoring against the Foxes, while N'Golo Kante - who is not exactly known for his prowess in attack - also netted against his former side.

Indeed, 40% of Chelsea's goals this season have been scored by defenders, with Reece James the club's joint-top scorer with four to his name.

James claimed an assist on Saturday for Kante's goal, while fellow wing-back Ben Chilwell provided the corner from which Rudiger headed home.

Needless to say, Tuchel's Chelsea are a team built on its defence.

"We don't go fully overconfident or do crazy stuff, but we have a wild momentum and freedom in our offensive movements.
"The wing-backs can adapt their positions to half-positions to support our attackers. It's a matter of repetition, understanding from each other, and at the moment, they do well no matter who plays."

Tuchel, then, has achieved what he set out to do, turning a team that was too often far too open under Lampard into the meanest in England, and perhaps anywhere in Europe.

There is a risk, though, that it could all come crashing down this summer if things do not change over the next six months or so.

Rudiger, Andreas Christensen, Thiago Silva and Cesar Azpilicueta all have contracts which are set to expire at the end of the season, and time is starting to run out in terms of tying them down to new deals.

GOAL understands that Tuchel is keen to keep all four at Stamford Bridge going forward, but there are certainly more than a few creases to iron out if that is to become a reality.

Perhaps the most straightforward of the situations surrounds Thiago Silva, with their confidence that the veteran Brazil international wants to remain with the club until at least the 2022 World Cup.

Chelsea also expect club captain Azpilicueta to commit to fresh terms despite him having lost his starting spot in recent weeks and rumours of potential interest from Barcelona.

Both he and Thiago Silva are regarded as leaders within the dressing room, and though they might not play week in, week out, Tuchel wants to ensure they do not take their experience elsewhere.

The real issues lie, however, when it comes to Christensen and Rudiger.

The duo have been standout performers since Tuchel's arrival in west London, and losing just one of them would be a huge blow to the German coach's project, never mind both.

As first revealed by GOAL in October, talks over a new deal for Christensen had stalled, with the situation described as being at stalemate following two months of negotiations.

It is understood, however, that those talks have now resumed, and Tuchel has spoken of his belief that the player he has nicknamed 'the Danish Maldini' will eventually put pen to paper on an improved deal.

"There are some delays, of course, with Toni and Andreas at the moment," Tuchel said ahead of kick-off against Leicester.

"For Andreas, in my point of view the coach, player and club want the same thing. Hopefully, and obviously, I expect some good news in the next few days, but every case is different."

Arguably the Premier League's best centre-back over the course of 2021, the Germany international is keen to be rewarded with a salary that is close to what Chelsea's attacking players earn.

The Blues are reluctant to offer him such terms, and as such a departure on a free transfer this summer is looking ever more likely.

Real Madrid are regarded as the leaders in a race that also includes Bayern Munich and Paris Saint-Germain, but Tuchel has appealed to both Rudiger and Christensen to stick around.

With only Trevoh Chalobah among the club's senior centre-backs to be tied down long-term, there is an awareness at Chelsea that any departures will be costly in all senses.

Sevilla's Jules Kounde remains their primary target after their failure to bring in the France defender during the most recent transfer window, while the Blues have also been offered the chance to sign Matthijs de Ligt from Juventus in 2022.

Both would cost huge sums, and there is no guarantee that either will fit into Tuchel's defensive system as well as Christensen and Rudiger have over the past 10 months.

Time, then, is running out for Chelsea to maintain their almost-impenetrable wall. The consequences if things do not go their way could undermine everything is currently building.