Harry Kane set a new record for Premier League goals in a calendar year with a hat-trick against Southampton on Tuesday.

The Tottenham star's first Boxing Day goal was his 37th in the English top flight in 2017, breaking the record set by Alan Shearer in 1995, the year he won the title with Blackburn Rovers.

It has taken 22 years, but few will be surprised that it is Kane who has ended the England great's hold on the record.

Kane scored 21 times in the second half of last term from the beginning of the year, including hat-tricks against West Brom, Stoke and Hull, with four in one game coming against Leicester City. 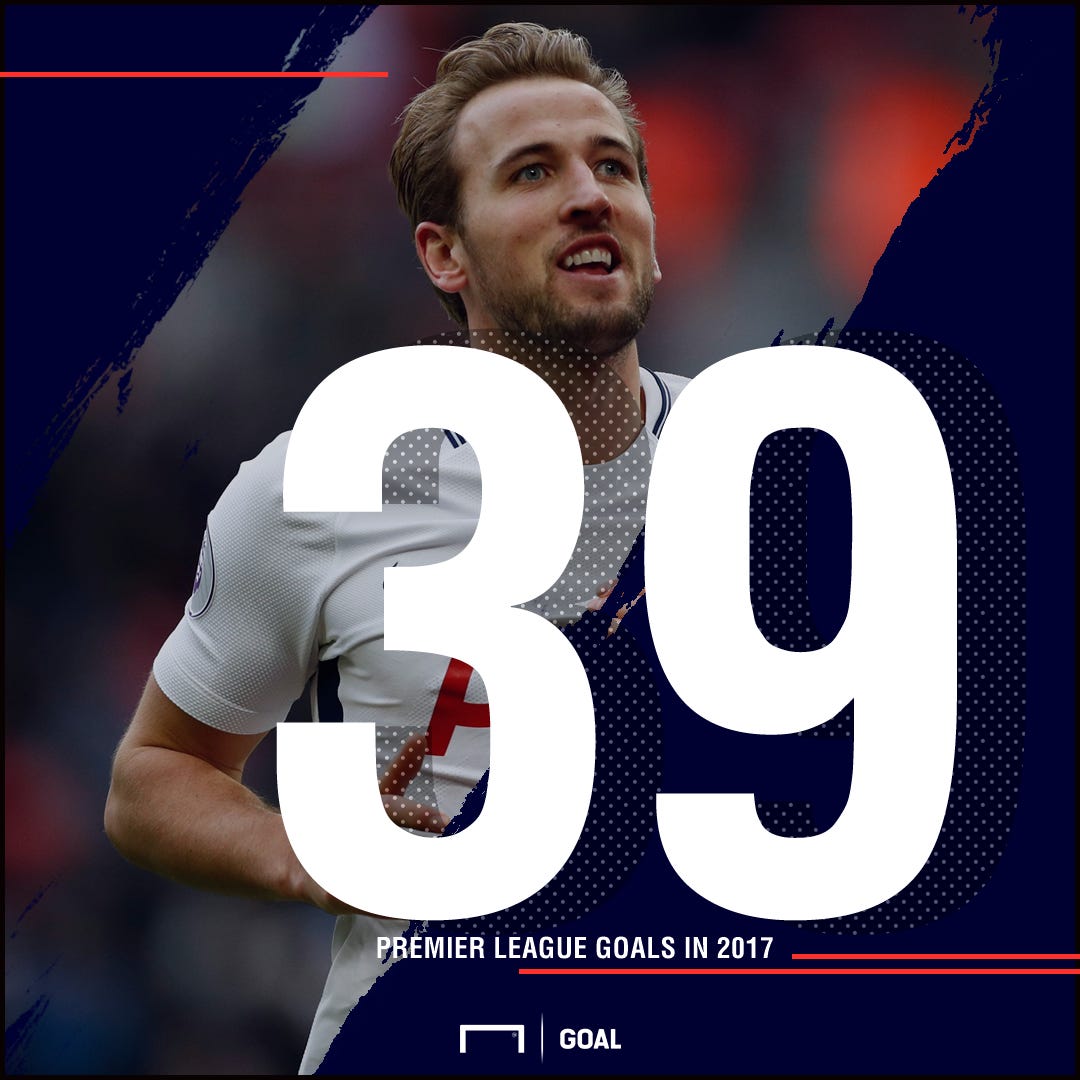 Despite yet again failing to score in August, the 24-year-old has been on fire again in 2017-18 with doubles against Everton, West Ham, Huddersfield, Liverpool and Stoke before netting three times against Burnley on December 23.

The Three Lions star is now leading the league scoring chart with 18 goals for this season, having netted another two times to rack up 39 Premier League goals across all 2017.

He sits ahead of Liverpool's high-flying attacker Mohamed Salah, who is on 15 before their game against Swansea later in the day.

Kane also has six goals from five Champions League appearances and is now on 49 club goals in all competitions in 2017, bettered only by Lionel Messi and Edinson Cavani (both 50).

Spurs icon Gary Lineker and Newcastle United legend Shearer were quick to praise compatriot Kane for his goalscoring antics in 2017, with the latter former striker holding no resentment for having his record broken.

Congratulations to @HKane on breaking the record for most Premier League goals scored in a calendar year. Thoughts are with @alanshearer at this difficult time.

You’ve had a magnificent 2017 @HKane. You deserve to hold the record of most @premierleague goals in a calendar year. Well done and keep up the good work. 👏🏻🙋🏼‍♂️