As the franchises in Leipzig and Salzburg go from strength to strength, the American piece of the Red Bull empire is struggling to keep up

By any measure, last season was incredible for Red Bull's stable of clubs.

The organization's flagship side, Red Bull Leipzig, made it all the way to the Champions League semi-finals just four years after reaching German's top flight.

Led by the likes of Erling Haaland and Takumi Minamino, Red Bull Salzburg also made quite the impact in Europe's premier cup competition before cashing in on another crop of rising stars.

Red Bull Bragantino, meanwhile, was promoted to Brazil's Serie A in its first season under the ownership of the energy drink manufacturer.

All things considered, Red Bull's master plan is seemingly coming together, with 2019-20 being a season of unprecedented success for its clubs all over the world.

Yet, as their sister sides have thrived and grown, the New York Red Bulls have been left behind.

As worldwide investment has resulted in rising profiles and massive transfer fees for their partners, the Red Bulls have fallen further and further down the pecking order as the MLS branch of this project has descended into mediocrity.

Last week, after a frustrating start to the season, the Red Bulls parted ways with head coach Chris Armas just a few games into his second full season in charge.

"It's about performance, the team playing with a particular identity,” recently appointed head of sport Kevin Thelwell said after Armas' dismissal, which followed a 1-0 loss to rivals D.C. United.

“We wanted the team to perform better in terms of some of the details that we hold as being important to the way in which we play our style of playing. And then, fundamentally, the results.

"New York Red Bull is a team that needs to be competing at the top of the league, and I don't think either the performance or the results are following."

Armas' sacking was an admission, an acknowledgement of just how far this club has fallen. The club's decline wasn't entirely caused by Armas, who steadied the ship in his first half-season in charge to guide the club to a Supporters' Shield.

It's more the result of a series of cutbacks and departures that have left the club searching for a glimmer of identity. 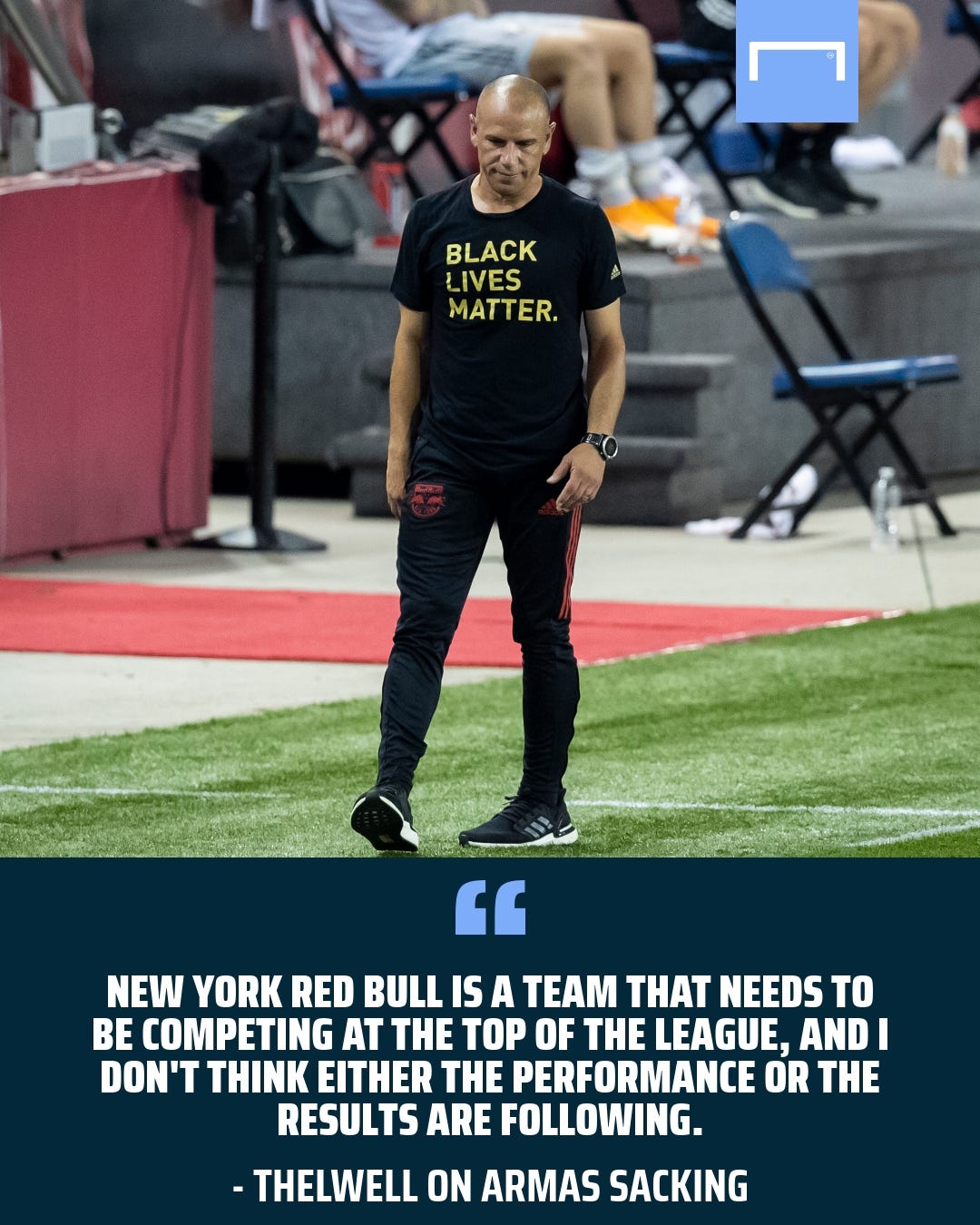 Over the last decade, the club has had had three distinct eras. The first of those was a time of big money and bigger names, with the likes of Thierry Henry, Tim Cahill and Rafa Marquez all coming to Red Bull Arena. It was an era that ended with Henry's retirement, and with the club's first-ever Supporters' Shield in 2013.

Next up was the Jesse Marsch era, one which saw the club embody an "energy drink" mentality that initially saw the coach ridiculed and derided before it became a rallying cry.

With young stars like Tyler Adams and Matt Miazga joining club legends in Bradley Wright-Phillips, Dax McCarty, Luis Robles and Sacha Kljestan, the Red Bulls rose to the top of MLS while playing a distinct high-pressing style that defined them. The elusive MLS Cup never came, but you could count on the Red Bulls to contend for it each and every year.

But, over the last several years, that identity has slipped away. Miazga and Adams grew into stars before making their moves to Europe. McCarty was the first leader to go with Kljestan following soon after. Marsch made his own move to Europe, earning a relative promotion by taking over as an assistant in Leipzig before being given the big job in Salzburg.

This offseason, the club parted ways with Wright-Phillips and Robles, leaving an unrecognizable team with few familiar faces and little to no direction.

And now here we sit in a new era for the club that is more youth-focused than ever before. Instead of signing megastars like Henry and Cahill, the club is relying on its highly-regarded academy to fill out the roster. Instead of holding on to valuable leaders to ease transitions, the club is jettisoning them before their decline for fear of holding on too long.

That has left a team lacking direction, one that has rapidly become irrelevant on and off the field. 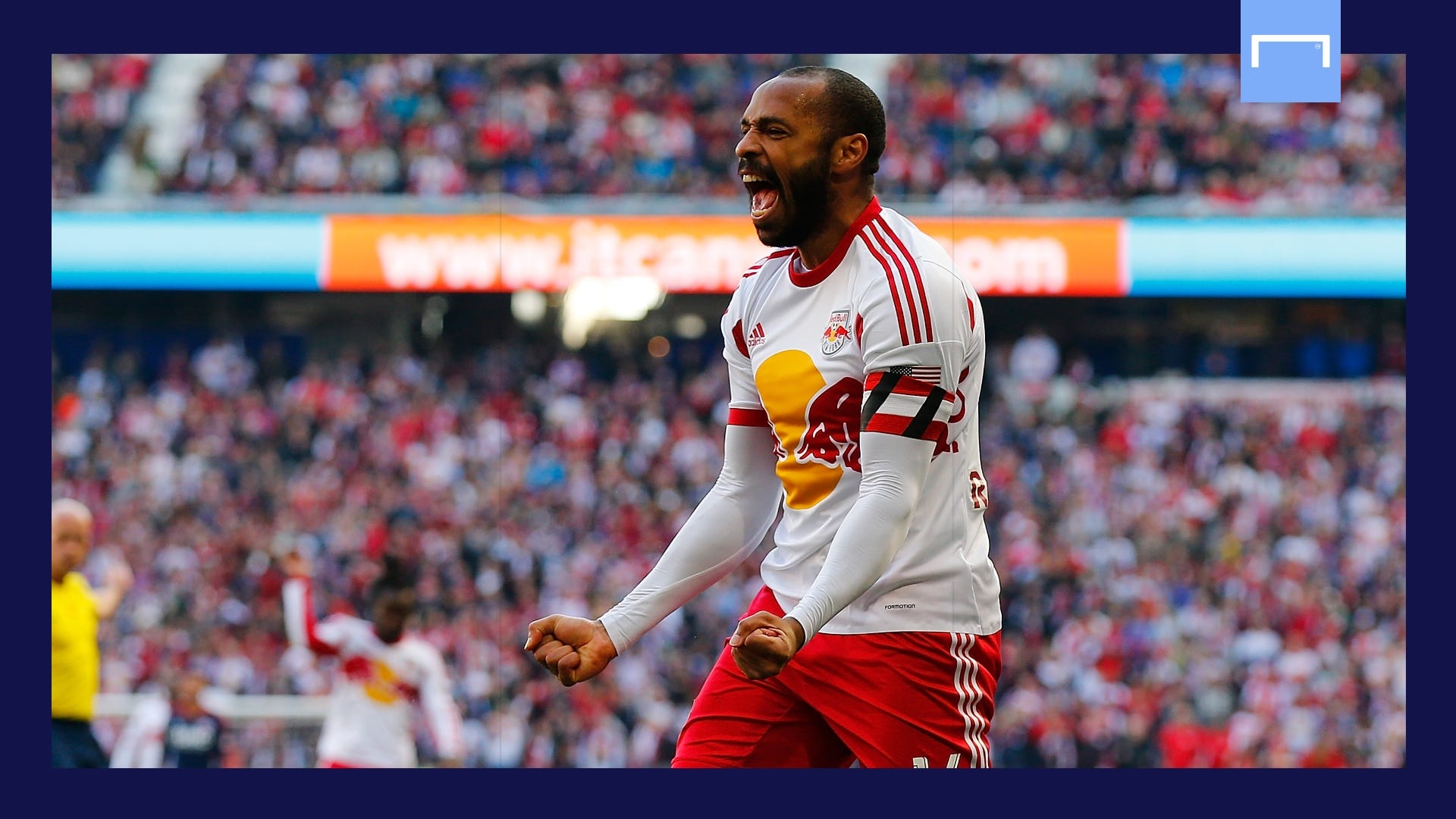 With no true superstar on the roster, the Red Bulls has struggled to fill up Red Bull Arena. The club sat 22nd in the league in payroll in 2019, with a roster filled with untested homegrown players, young international signings and sister-club castoffs.

Yet, the club's on-field performance surely won't be the mothership's biggest concern. The biggest issue is just how much of an outsider the New York club has become compared to Salzburg and just how little it has contributed to the organization's global player pool.

To date, 18 players have made the move from Salzburg to Leipzig. When RB Leipzig took down Atletico Madrid to reach the Champions semi-finals, they did so with five players in their lineup that spent time in Salzburg, including Dayot Upamecano, who looks very much like the club's next big-money sale.

Salzburg has worked as intended, providing a launching pad to either Leipzig or elsewhere, with Sadio Mane, Naby Keita, Haaland and Minamino serving as both success stories and pocket-fillers.

Meanwhile, there has been just one signing, Adams, and one coach, Marsch, that have spent time in New York before moving to Europe. The numbers paint a picture that is all too clear: what's happening in New York isn't benefitting the rest of the organization, something that Kevin Thelwell, hired as the club's head of sport in February, hopes to remedy.

"If you looked at Leipzig and Salzburg, in the realm of European football they’re not spending hugely, their identity is very clear, I think," Thelwell told the Athletic. "It's about identifying and signing and recruiting young players that have the ability to develop into huge value on the pitch and then off the pitch, and I don’t think the identity in New York is any different.

"Tyler Adams would be a good example of that: Develop your own young players, give them the opportunity to play at a very high level, a very good level and then see if they can develop that value from there either within MLS or further afield. I think Tyler’s a good example of that, of how he’s developed value for both." 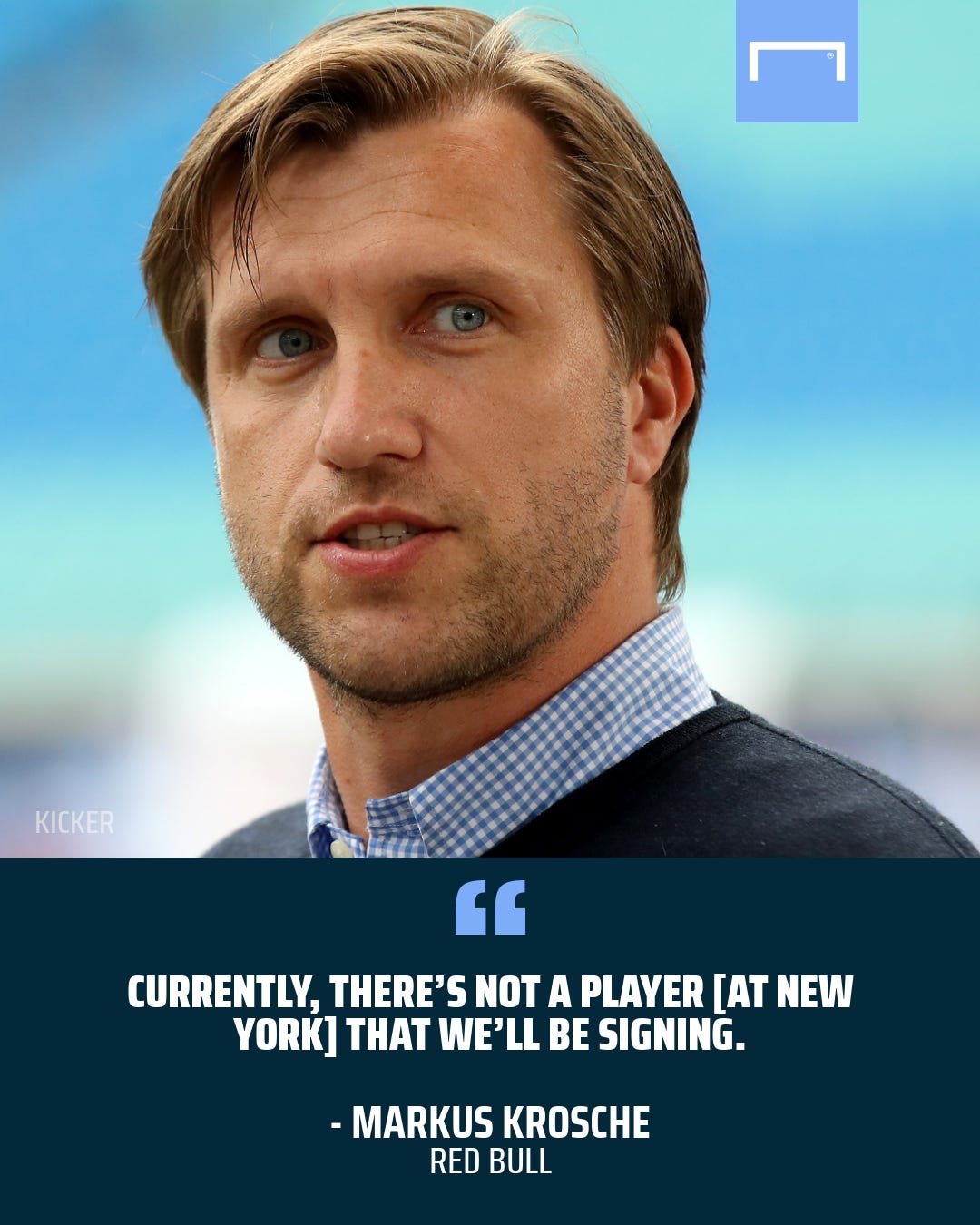 Unfortunately, Red Bull sporting director Markus Krosche doesn't seem to have high hopes. When asked about New York by Kicker, the man hired to replace Ralf Rangnick said: "Currently, there’s not a player there who we’ll be signing."

That leaves the Red Bulls looking like a club that cut off its nose to spite its face. By shaping its path to fit in with a global network, the Red Bulls have become a club that lacks the identity and the talent to actually help that very same network.

And, because of that, the club is at a turning point as it looks to appoint Armas' successor. There is talent in-house, even if players like Kaku, Tim Parker and Aaron Long have underperformed over the last 12 months. And, with the recent signings of English youngster Dru Yearwood and Salzburg product Samuel Tetteh, the club has reinforcements on the way.

But Thelwell and whomever he chooses as the club's next head coach face a daunting task. They must help the club rediscover relevance both in MLS and with their bosses. They must build the club into a team that can produce quality players that help both on the field and, when the time is right, by balancing the books.

The Red Bulls are now approaching a new era, one that will be defined by how they respond to these challenges. That response will either see them become a valuable part of a global network that remains determined to take over the world's game or it will see them continue to flounder as Red Bull's least-helpful investment.