The story of Jesse Marsch: The unwanted manager that is now a Champions League star 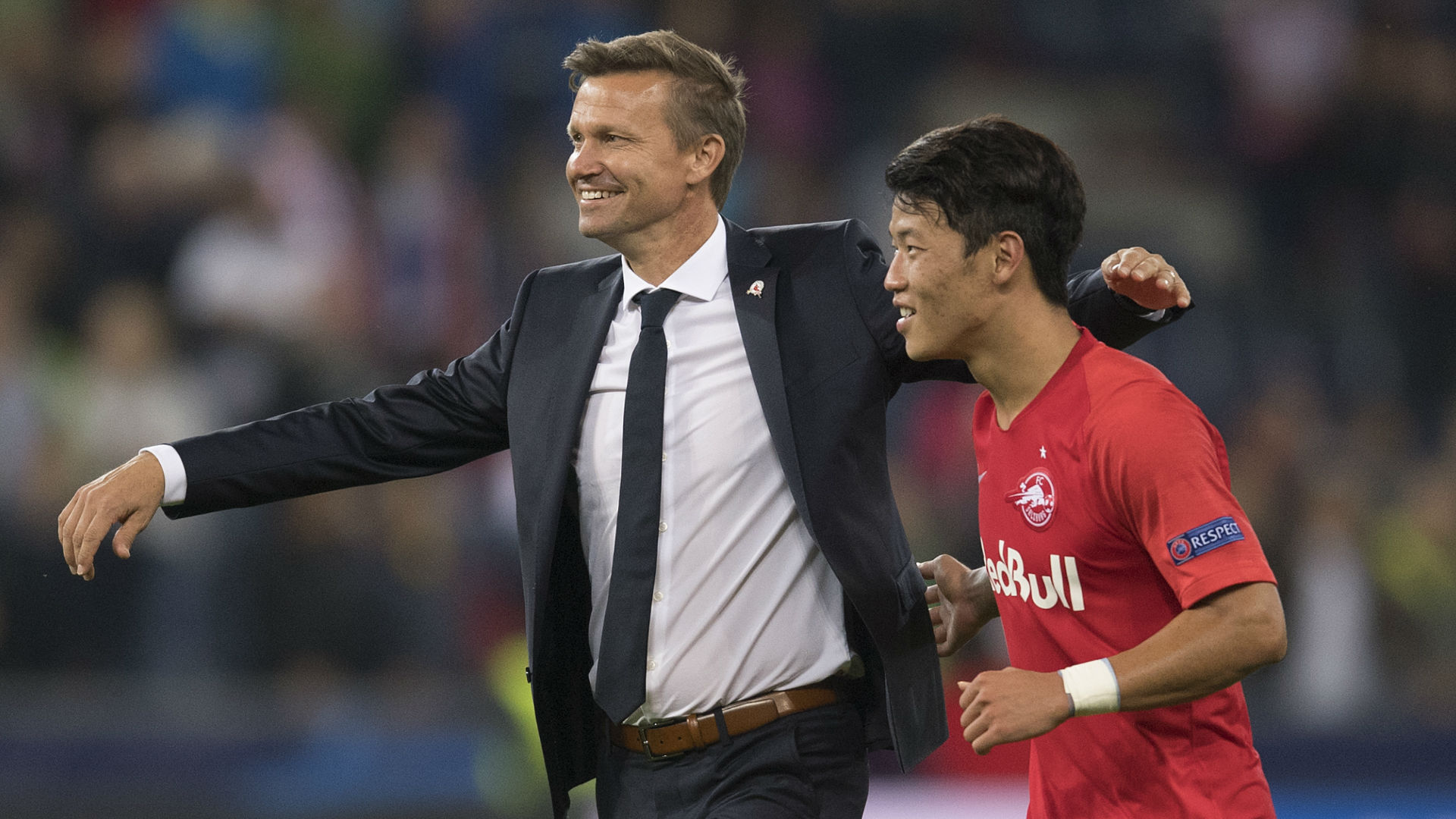 After going toe-to-toe with Jurgen Klopp, the American manager has turned yet another set of supporters into believers as his profile rises in Europe

Wherever Jesse Marsch goes, it seems that unrest follows. He's a coach that has always seemed unwanted because he always has been exactly that: unwanted. His first head coaching job ended after just one season, a parting of ways due to a difference of philosophy. His second began with a town hall full of boos, fans insisting that they'd never give him a chance to replace a club legend. His third? Banners. “Nein zu Marsch.” No to Marsch.

But, wherever Marsch goes, he tends to turn doubters into believers and, more importantly, he turns teams into winners.

It's a trend that has followed Marsch from Canada to New York and, ultimately, all the way to Europe, as Marsch became the first American manager to coach in and win a match in the Champions League thanks to Red Bull Salzburg's 6-2 demolition of Genk in September. It was a memorable landmark for any manager, of course, but it was Marsch's next Champions League foray that was all the more telling.

Face to face with Jurgen Klopp and reigning European Champions Liverpool, Marsch's Salzburg side rapidly went 3-0 down, a dose of humility for a club and manager on the rise. Then came the now-viral locker room team talk, a mix of English, German and universally-understood swear words that made Marsch an internet darling. A three-goal comeback soon followed, only for Liverpool to edge Marsch's side 4-3 via a goal from Mohamed Salah. There were no points gained on the day, but the supporters that protested his hiring so passionately all those months ago were certainly singing a different tune.

Contains English, German and a LOT of swearing 🤬🤬🤬 pic.twitter.com/lt0kN5MgtG

“They say to me here a lot, ‘Well, you’re American. You’re American,’” Marsch told The Athletic. “But I think I’m different in the U.S., too. There’s still not a lot of coaches in the U.S. who I think are rooted in this idea of what it is to lead people. It’s still about 'what is a coach supposed to be' or a soccer coach supposed to be, instead of 'what is a leader about'. I have my philosophy on leadership and I have my philosophy on playing and I try to bring them together and create something unique to every club I’m at, and to honor that (club), but also something that’s unique to me.”

Champions League nights at Anfield seemed almost unfathomable for any American manager, let alone one that just seven years ago, found himself out of his first MLS job after less than a season. Marsch, a protegee of former U.S. men's national team boss Bob Bradley, took charge of the Montreal Impact for the club's first MLS campaign. They finished in 12th place and, at the end of the 2012 MLS season, Marsch was gone. He and the club 'did not share the same philosophy', said owner Joey Saputo.

That parting was amicable. His resurfacing was not. In January 2015, Marsch was hired to replace New York Red Bulls legend Mike Petke as the club's manager. Petke had just led the club to a Supporters' Shield in 2013 and an Eastern Conference final appearance in 2014 but an off-season of change, headlined by the departure of Thierry Henry, was on the cards. Gone was Petke, the most successful coach and one of the most beloved players in club history. Marsch, an outsider, was brought in when ownership was set to tighten up the purse strings and move away from the big-spending past.

To alleviate concerns, the Red Bulls held a town hall meeting. But, to call it a disaster is an understatement. Attempting to explain the situation to the Red Bulls' most passionate fans, Marsch, just several weeks into the job, and General Manager Ali Curtis were repeatedly cursed out, heckled and dismissed. "Why did you fire Petke? No more bullsh*t. No more corporate lingo," yelled one fan. Eventually, Marsch fired back.

“You don’t have to like me and you may never like me. That is the role of the coach,” Marsch said that night. “That isn’t important to me. What’s important to me is the team… If we lose, you will hate me. If we win, maybe you will put up with me. But give this team a chance to take the field and compete.”

They did more than compete; they won. Marsch left the Red Bulls as the winningest coach in club history with a record of 76–30–45, winning the Supporters' Shield and MLS Coach of the Year in 2015. An MLS Cup was elusive, but Marsch's in-your-face, high-pressure style, one which he ironically described as an "energy drink", took the Red Bulls to new heights. By the time he departed in 2018, Marsch was a Red Bull legend, and the club hasn't quite felt the same since he left.

His departure for RB Leipzig served as a sort of crash course in European football. He served as an assistant under Ralf Rangnick in 2018-19 as the club finished third in the Bundesliga and reached the DFB-Pokal final. This past summer, sister club RB Salzburg came calling, and the banners soon followed. 'No to Marsch' signs were unveiled last season, even before he was officially hired.

Those are long gone now. RB Salzburg sit atop the Austrian Bundesliga, unbeaten with nine wins from 11 matches. They've scored 47 goals, 19 more than any other team, while conceding just 10. Teenage striker Erling Haaland has burst onto the scene, earning interest from Europe's biggest clubs after scoring 18 goals in the club's first 12 matches. In short, Salzburg, a club that typically does dominate Austrian football are doing so at an even greater level.

That success, naturally, has earned Marsch attention. The 45-year-old coach's work with Salzburg has seen his profile skyrocket in Europe as he's shown he can go toe-to-toe with the Klopps of the world. Back stateside, with the USMNT in disarray, Marsch is seen as a potential future international coach that could someday mould the U.S. into his latest high-pressing juggernaut.

But, until then, Marsch has plenty to achieve in Salzburg. The domestic season is just halfway complete and, if Salzburg can find a way to earn some sort of result at home against Napoli on Wednesday, getting out of the group stage may just be a possibility. It would be seen as an outstanding achievement, one that would certainly cause clubs in Europe's top leagues to come knocking.

And they may come knocking regardless for Marsch, the coach nobody wanted who very soon could become a coach in high demand.