The upcoming release of FIFA 21 has been hotly anticipated, with eager fans slowly counting down to its October 6 release date.

Volta was a fresh new playing mode introduced for FIFA 20 , and EA have promised that the mode has been enhanced for the upcoming launch.

Goal takes a look at the all-new Volta mode for FIFA 21, what new features will be introduced and more.

Volta is the Portuguese word for 'return', is EA Sports' latest innovation that was first introduced for FIFA 20. It allows FIFA players to take the game back to the streets – away from the glittering arenas of big clubs.

"Last year, we brought back the small sided version of the beautiful game for the first time since the days of FIFA 98, and this was one of the top requested features by the community," said Jeff Antwi, lead producer of Volta Football about the upcoming FIFA 21 edition.

What has changed in FIFA 21 Volta ?

The new FIFA Volta mode for FIFA 21 will bring back the overall gameplay, but with some new and improved additions and general enhancements for the user experience.

Energised skill moves will be introduced for the upcoming version, with users equipped with better tools to attack defenders with more precise ball control using moves such as Flick Up.

Agile Dribbling is major new feature of the improved gameplay, with users given more freedom and agility on the ball - allowing for more space to get past defenders in order to receive passes and shots. 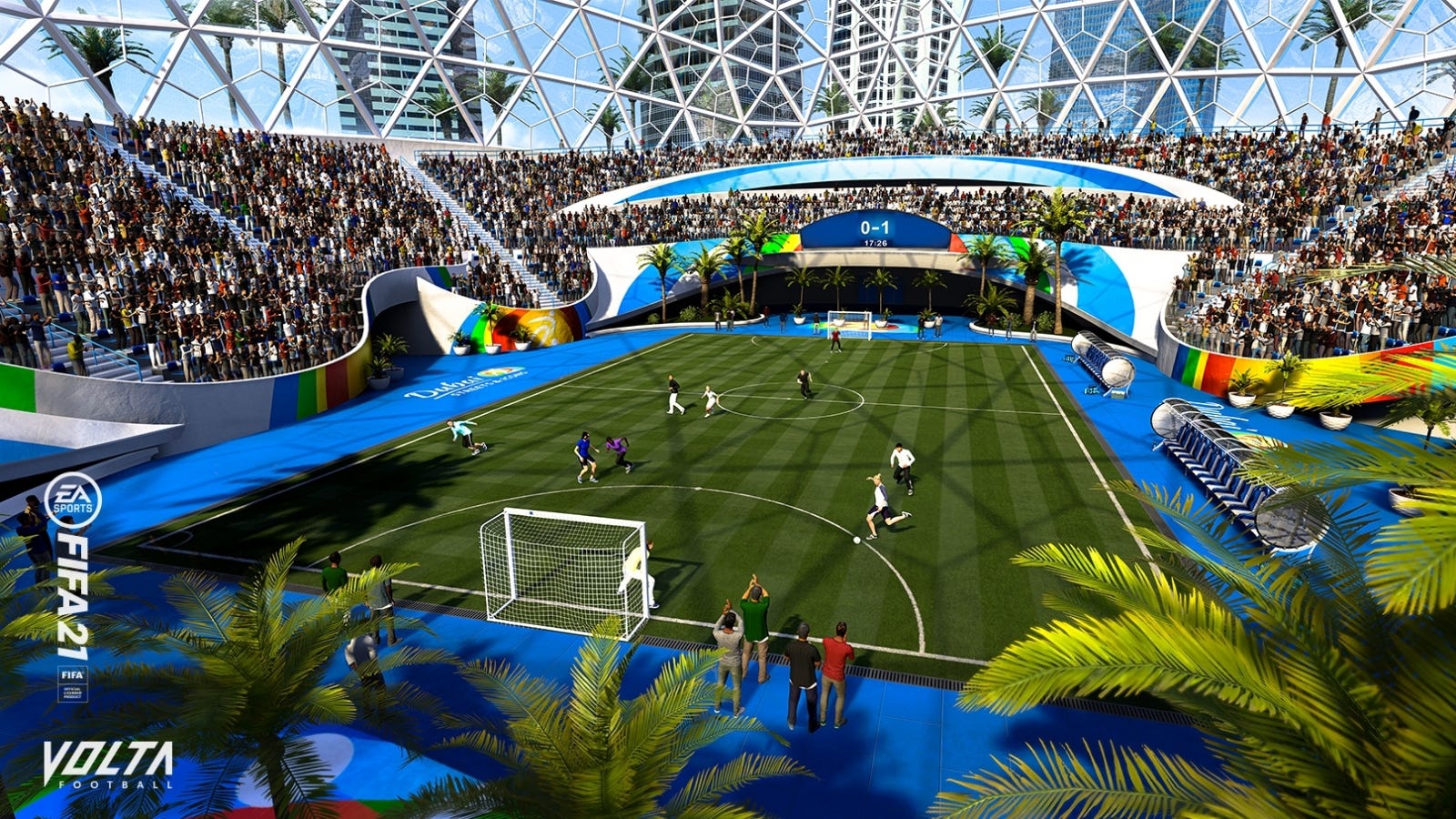 True to street football fashion, the new  Nutmeg control  will allow users to sneakily thread the ball through their opposition defender's legs, while Shooting Improvements  will let users take their chance on goal with increased power and accuracy.

Attacking Intelligence  has also been given a refresh, with the AI now garnering more opportunities that didn't previously exist in Volta. The improved attacking intelligence system has users have an easier time of generating quick, fast-paced movements with dribbling, which will come especially in handy during a counter-attack.

Collaborative gameplay has been redesigned for FIFA 21, with the option to now play in multiplayer mode such as five-a-side Online Team Play.

Users can play in teams of up to four friends, or drop into a new community with strangers for casual kickabouts on the street or on the court.

Users will be able to discover new locations, curate a unique Avatar, earn rewards and build and improve their Squad which is the focus of the Debut. 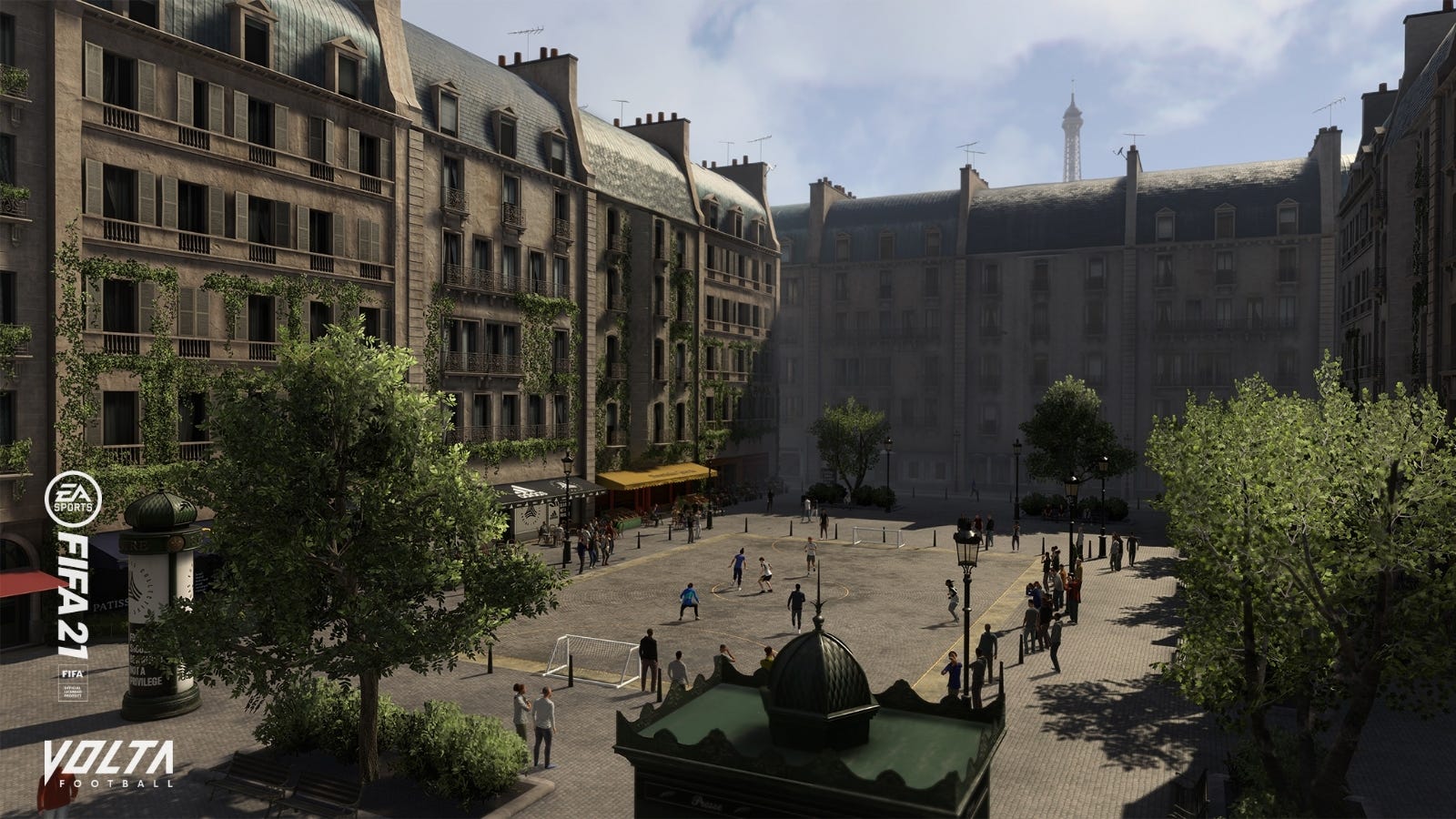 In the Debut, the primary focus will be on the user's Squad, with your choice of team-mates appearing alongside your Avatar as you work together. Your chosen team will travel the world and meet football legends, with the eventual goal of unlocking Kaka and Tokud for Featured Battles.

There are five new locations to play in the Debut: Sao Paulo, Paris, Sydney, Dubai, and Milan, which each unique city incorporating the true essence of the real-world feel into the game.

Volta Football for FIFA 21 will offer users a constantly updated selection of gear, with the latest selections from branded apparel to be unlocked.

The Gear Up feature will allow users to truly customise their Avatars as personalised as they wish, with gamers able to unlock unique items such as athletic clothes, street clothes - as well as hair, hats, tattoos and footwear.

Each option of customisation in Gear Up will be released monthly through a variety of challenges.

A brand new Stadium Hub is an improved and enhanced navigation hub that will allow gamers a better user interface (UI).

Says EA: "We wanted to ensure we improved your experience with Volta Football's UI.

"We looked at everything from how we onboard players, to how we presented information, and we aimed to eliminate friction points within the player journey. As a result, we have a brand new Stadium Hub that allows you to access everything VOLTA FOOTBALL has to offer quickly and clearly."

Volta has a multitude of global locations available for street play. 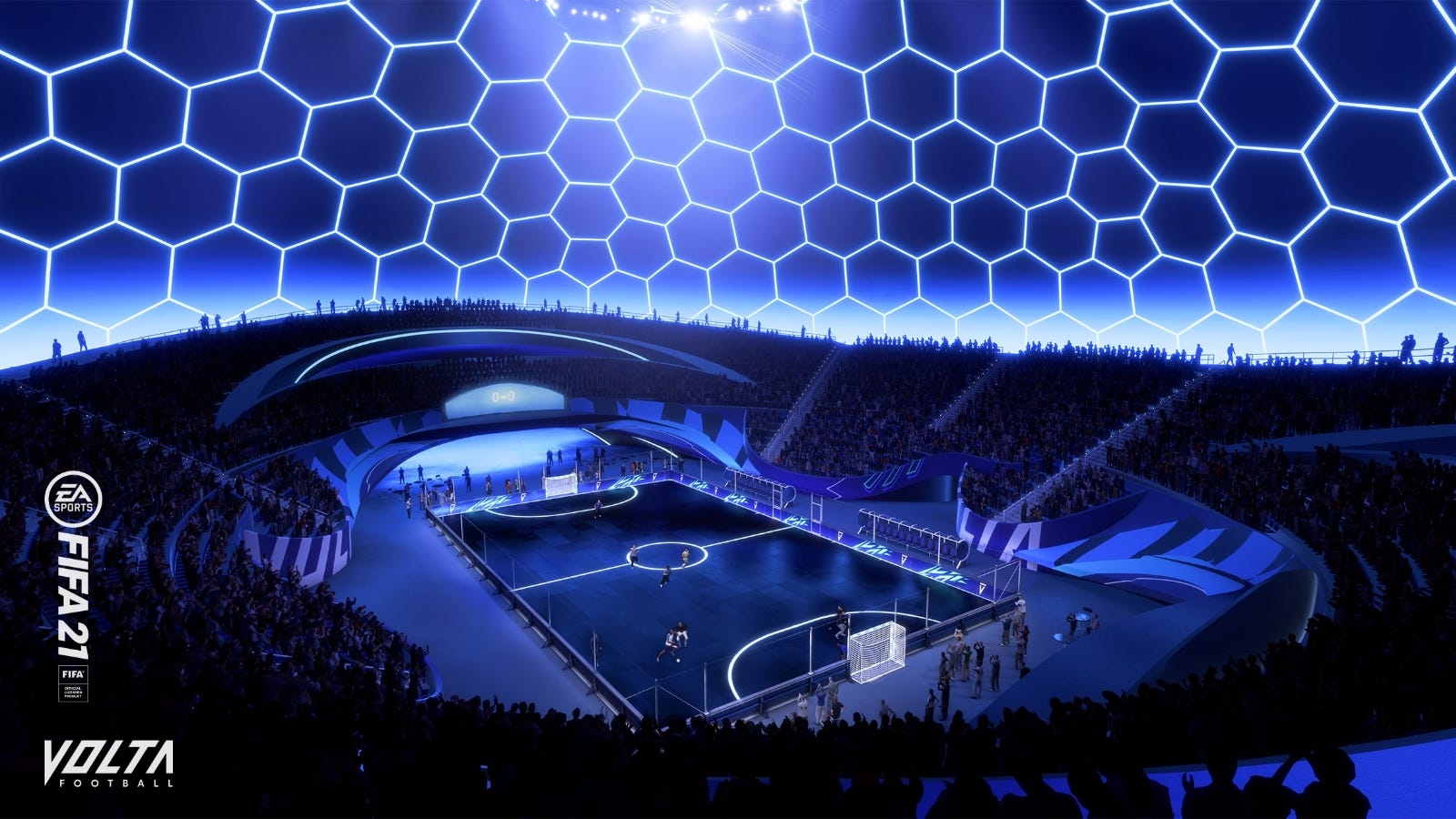 How is FIFA 21 Volta different to FIFA Street?

The ability to take football away from the shiny stadiums and back to the streets is not a new gameplay mode for FIFA, as the FIFA Street games in the 2000s involved a similar concept.

Volta, starting with its maiden release in FIFA 20, however, was always meant to be different than FIFA Street.

"FIFA Street we built many years ago and it was fantastical, a bit over the top and probably not authentic - we wanted to root this game in authenticity," Aaron McHardy, an executive producer on FIFA 20, told Goal .

One of the criticisms of FIFA Street was the lack of realistic gameplay and graphics that didn't quite mirror the real-world essence.

Volta also boasts the inclusion of female footballers, something that hasn't been present in previous iterations of street football games.