New to FIFA 20? Find out exactly what each game mode is and how to play the world's best-selling football game

FIFA 20 is the biggest version of the popular EA Sports football simulation series yet and has loads of different game modes to keep gamers entertained indefinitely.

For newcomers to the game, this can seem a bit daunting, but here is a complete beginners' guide to FIFA 20 telling you everything you need to know to get started. 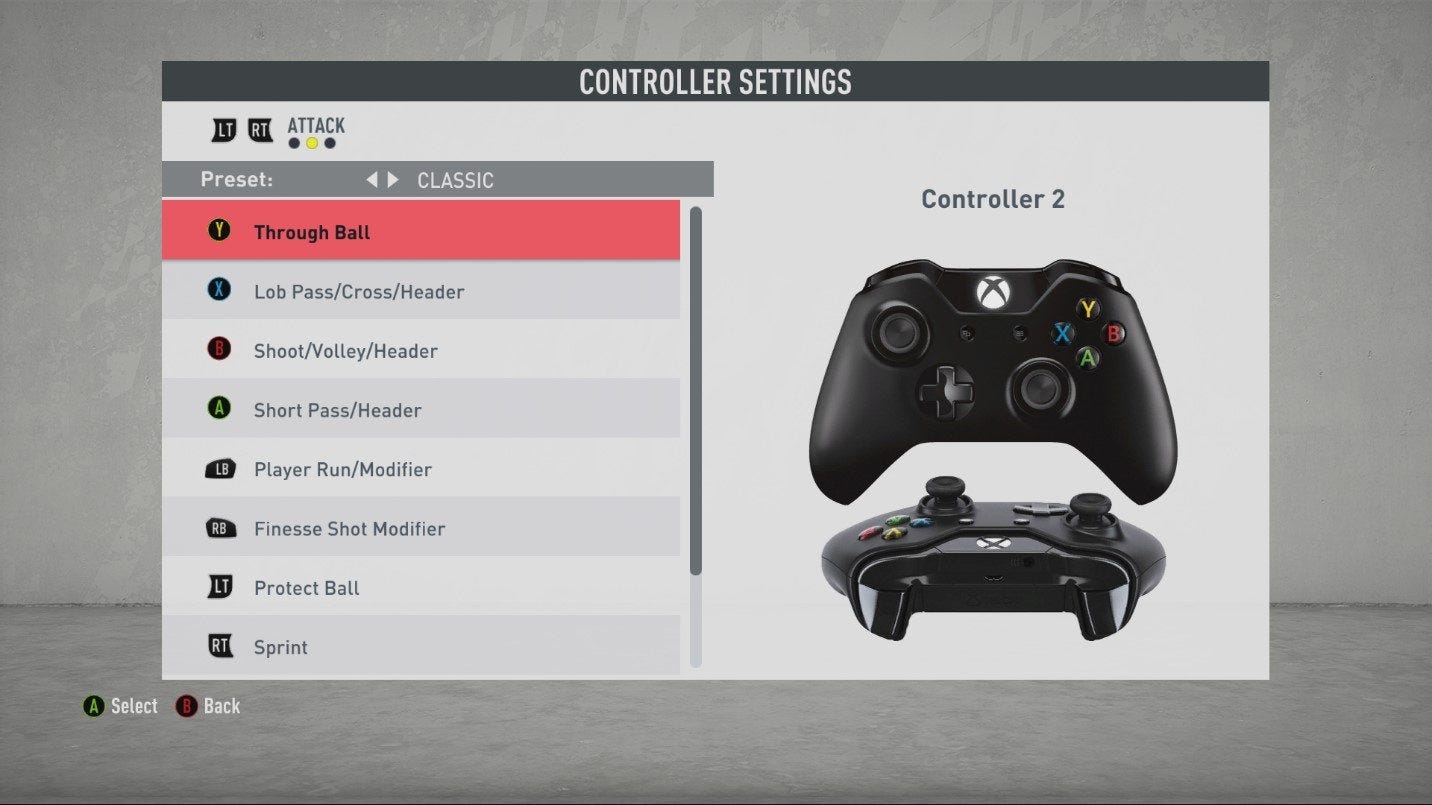 The basic controls on FIFA 20 are quite simple to get to grips with. Using the default layout in attack, X is short pass, Circle is shoot, Square is long pass and Triangle is through ball on PS4. On Xbox, A is short pass, B is shoot, X is long pass and Y is through ball. Knowing just these four options is enough to score and win matches, especially on the lower difficulty levels against computer-controlled opponents.

Defending is similar, as you can get by using just four basic control options - X/A for contain, Circle/B for standing tackle, Square/X for sliding tackle and L1/LB or right stick to switch player. Tackling at the right time and being able to switch players properly are the two most important aspects of defending and will allow you to stop most goals, even on hard difficulty levels and when playing online.

You can see a full list of controls in the "Controller Settings" menu in the main menu screen or in Settings when you pause the game. You can also use this to switch between button layouts such as "Classic" and "Alternate" if you have played Pro Evolution Soccer and prefer Square/X as the shoot button.

One of the best ways to learn the controls in FIFA 20 is to play all the Skill Games, which will teach you all aspects of the game including Movement, Dribbling, Ground Pass, Shooting, Crossing, Standing Tackle and Sliding Tackle.These will teach you each aspect using many individual tutorial games for each one. 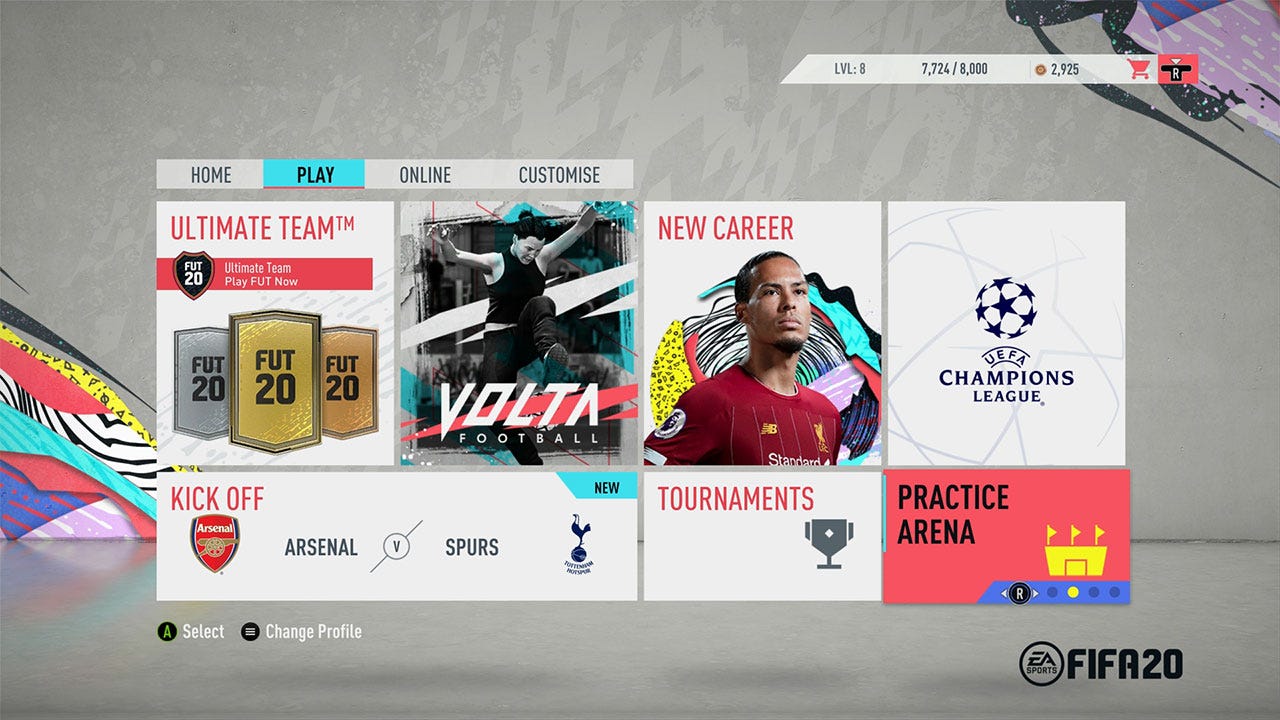 FIFA 20 offers a variety of ways to play the game. These can all be accessed from the Main Menu, using the directional buttons or left analog stick to scroll between the tiles.

Kick Off gets you straight into a match using any two teams in the game, but also has many other options including House Rules games, Volta Football friendly matches, as well as Tournaments and Cup Finals including the Champions League.

Career Mode is the most popular offline game mode, allowing you to have either a Manager Career or Player Career. You can take charge of a club and manage their matches, scouting, transfers, training and more. In Player Career, you take control of just one player, developing his skills and abilities as well as earning transfers and international call-ups.

FIFA Ultimate Team (FUT) has been the biggest part of the game for many years, as it lets gamers build their dream XI, combining players from different clubs, leagues and nations in one squad. Players can be found in packs bought on the store or acquired on the transfer market.

Volta Football was the major new addition for FIFA 20, replacing the Journey storyline mode. It has a similar feel to the FIFA Street series from 2005 to 2012.

Kick Off mode is the easiest way to get started in FIFA 20, using the Classic Match option, which is a friendly game with the option of extra-time and/or penalties if the game finishes in a draw. You can choose any two teams from around the world, including international teams and womens' teams.

You can also play single small-sided games in Volta Football friendlies, one-off Cup Finals, two-legged Home & Away ties or a Best Of series where the first player to a certain amount of wins is the champion.

There are also a variety of House Rules games, which are the same as a normal Kick Off match but with some exciting or challenging differences. The five House Rules options are: Long Range, Survival, Headers & Volleys, First To, No Rules, Swaps, King of the Hill and Mystery Ball.

Long Range means all goals scored from outside the box count as two goals. Survival sees each team lose a player from their starting XI every time they concede. In Headers & Volleys, only headers, volleys, penalties and free-kicks count as goals: anything else is disallowed. First To sets a target number of goals for each team to score; the first player to reach that target wins. No Rules has no fouls, no cards and no offsides.

Swaps is a new mode in FIFA 20, where the two teams swap a small number of players with the opposite side. These players wear bibs over their jerseys and have much higher stamina than the rest of your team. The three players swapped are random, so you could swap your mediocre player for their star striker.

King of the Hill is another new addition, where you can charge a goal multiplier by keeping possession of the ball inside a designated rectangle. Keep it inside this rectangle for a few seconds and you can boost your multiplier, so that each goal counts as two or three goals. This charge decreases over time, so you will need to bring possession back into a rectangle to re-charge.

Mystery Ball is the third new House Rule game added to FIFA 20, where random bonuses are applied during the match. These bonuses include speed upgrades, shooting upgrades, passing upgrades, dribbling upgrades and a goal multiplier where all goals count as either two or three goals. 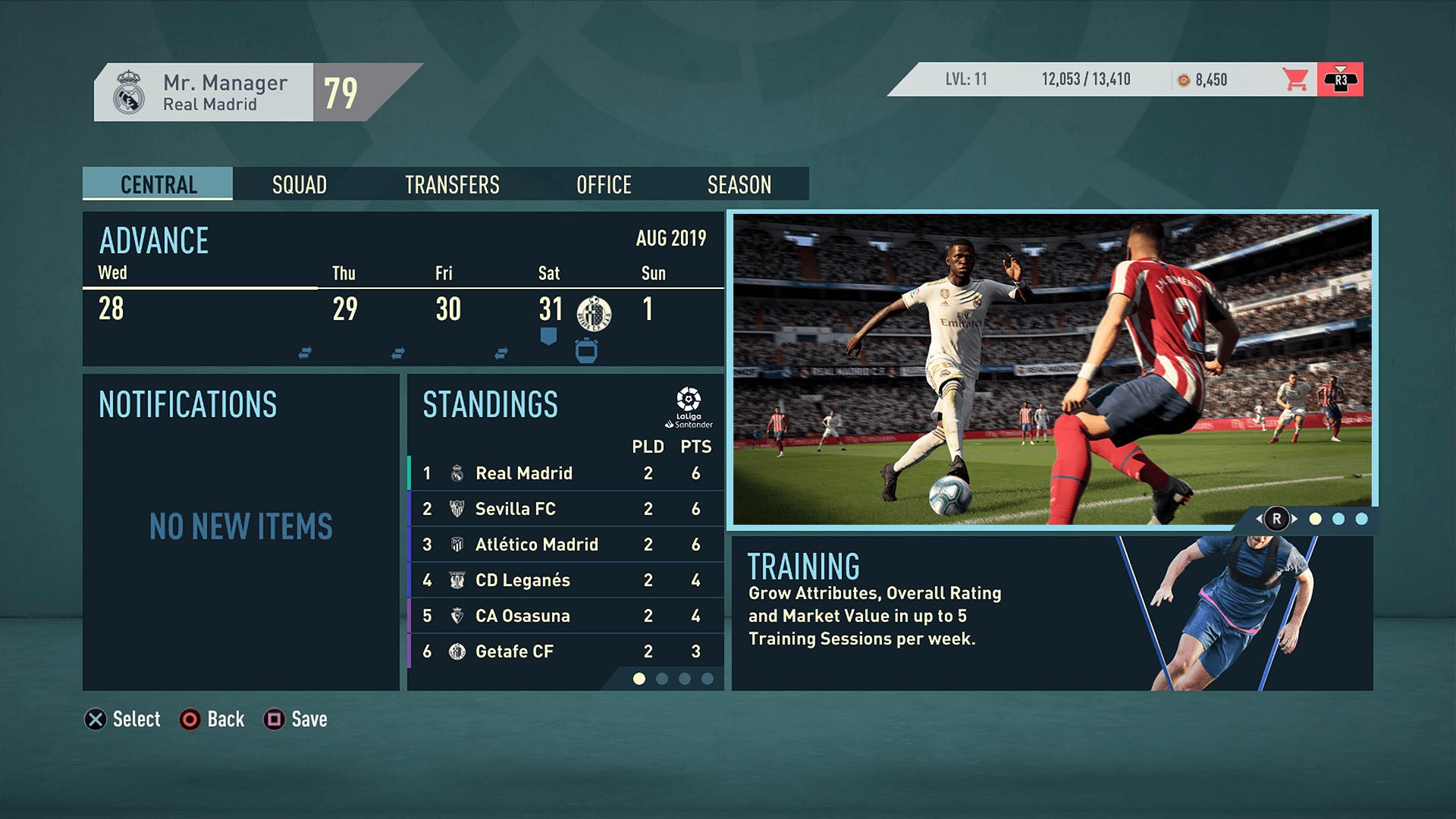 The first of these lets you take control of any club in the game, assigning scouts, making transfer offers, agreeing contracts, controlling youth development and taking charge of matches. Before each match, you can set your lineup and then either have the game simulate the match or play it as a normal FIFA 20 match. Press conferences and tactics have been updated in FIFA 20 from FIFA 19, while the Champions League and Europa League draws and awards have new animations.

Player Career allows you to take control of a single player - either a created pro or an existing professional. You can work your way up from lower league sides, developing your attributes and skills through training and matches and eventually play for the best clubs and even your national team. At the end of your career, you can then continue as a manager, turning your game save into a Manager Career.

In Career Mode, players develop from their current ability rating to a potential ability rating, meaning many young talents in the game can develop into superstars. These are the best players to sign in FIFA 20 Career Mode.

FIFA Ultimate Team (FUT) is the biggest and most popular part of FIFA 20. As it says on the tin, it allows you to make your Ultimate Team, combining players from different countries or leagues and even including some icons of the game like Pele and Diego Maradona.

You start out with a team of random bronze players (players rated 64 overall or under) but you can earn coins to buy better talent by playing matches, completing objectives and trading players on the Transfer Market. New players can also be found in packs bought from the Store. Packs can be bought using in-game coins or real-life money.

Throughout the year, new special players are released through promotions like Ultimate Scream at Halloween and FUTmas at Christmas, as well as Team of the Year, Team of the Week and Team of the Season. These players are available via packs and on the transfer market, while others can be earned from Squad Building Challenges (SBCs) or Weekly Objectives.

SBCs are challenges where you trade a team of 11 players for special packs or upgraded players, such as Player of the Month cards. Weekly Objectives are in-game tasks where completing a number of specific tasks will earn you a reward e.g. score four goals with Italian players to earn a pack.

Games in FUT are both offline and online, with the main offline mode being Squad Battles, where you play up to 40 random squads as well as the Team of the Week and special Celebrity Squad each week. Playing games earns you Squad Battles points which then earn rewards of packs and coins at the end of each week.

The main online modes in FUT are Divisions Rivals and FUT Champions (also known as the Weekend League). Divisions Rivals is like Squad Battles, but you can play as many games as you like each week to earn better rewards. You can also earn enough points each week to qualify for FUT Champions, which runs from Friday to Sunday. In FUT Champions, you play up to 30 online games. More wins gets you greater rewards, including guaranteed Team of the Week players.

You can also play the FUT Draft offline and online. This involves drafting a team position-by-position from many of the best cards in the game, including ICONs and Team of the Year players. For many FIFA 20 gamers, the FUT Draft is the best opportunity at creating a team with the very best players in the game.

Volta Football is the big new arrival for FIFA 20. It is a new story mode where you journey all across the world playing three-on-three, four-on-four and five-on-five games in indoor and outdoor arenas as well as on street pitches. It attempts to revive the old FIFA Street games, using the normal FIFA 20 game mechanics but with a huge focus on tricks and skills.

You can play individual Volta Football matches in Kick Off mode, but the real Volta Football quest lies in the story mode, starting out as a lowly amateur and building your ratings, skills and even outfit collection up by playing in and winning tournaments.

Champions League arrived in FIFA 19 and has been improved this season. Included in Career Mode, you can also play it as a standalone competition using any team from Europe - this means you can take a lower-league side like Huddersfield Town and take on the might of Barcelona and Paris Saint-Germain and prove that the Terriers are indeed the best team on the continent.

Other licensed tournaments are also available to play as standalone competitions, including the Europa League, Copa Libertadores, Copa Sudamericana and many domestic competitions like the FA Cup and DFB-Pokal. You can either play the entire tournament or just the cup final, complete with trophy presentation and official music and branding.

Pro Clubs is an 11-vs-11 game mode where each gamer controls just one player, a custom-made Virtual Pro which you can design and name however you like. These pros start out with basic stats, skills and traits but can be developed by playing more Pro Clubs games.

You can either play in drop-in games where you're partnered with random users from around the world or join a club to compete in leagues and cups with friends online. If less than 11 people are on a team, the other players will be AI controlled, meaning that even two players can create their own Pro Club.