Goal brings you all you need to know, including when the televised games are, how to watch and why they're kicking off late

Premier League clubs enter the fray in the 2019-20 FA Cup as the competition's third round gets under way this weekend.

The likes of Manchester United, Liverpool, Arsenal and more will wrangle with opponents from across England's football leagues in the world's oldest football competition.

Luckily, if you can't make it to the games or if you're simply a believer in the magic of the Cup, there are plenty of matches being broadcast.

So if you fancy taking in some FA Cup action this weekend, Goal brings you all you need to know about which games are on TV, channels, kick-off times and more.

A total of six games from the FA Cup third round will be broadcast live on TV in the UK.

Newcastle United's trip to Rochdale on Saturday January 4 is the first televised match and that will be shown on BT Sport 1. That game will be followed by Manchester United's meeting with Wolves later that evening, also live on BT Sport 1.

Three fixtures are live on TV on Sunday January 5, starting with Tottenham's clash against Middlesbrough (BT Sport 1) in the early afternoon.

A Merseyside derby at Anfield between Liverpool and Everton follows and that will be available to watch for free on BBC One. BT Sport 1 concludes Sunday's televised action with West Ham's game against Gillingham.

The final live game - between Arsenal and Leeds - takes place on Monday January 6. It presents an intriguing match-up as Mikel Arteta pits his wits against Marcelo Bielsa and it will be free to watch on BBC One.

Prior to that game on Monday night, the draw for the FA Cup fourth round will be held, so it will be worth tuning in early.

All games will kick off one minute later than the normally observed kick-off times.

Two third-round replays will be televised on UK television.

See the full schedule of football on UK TV this week 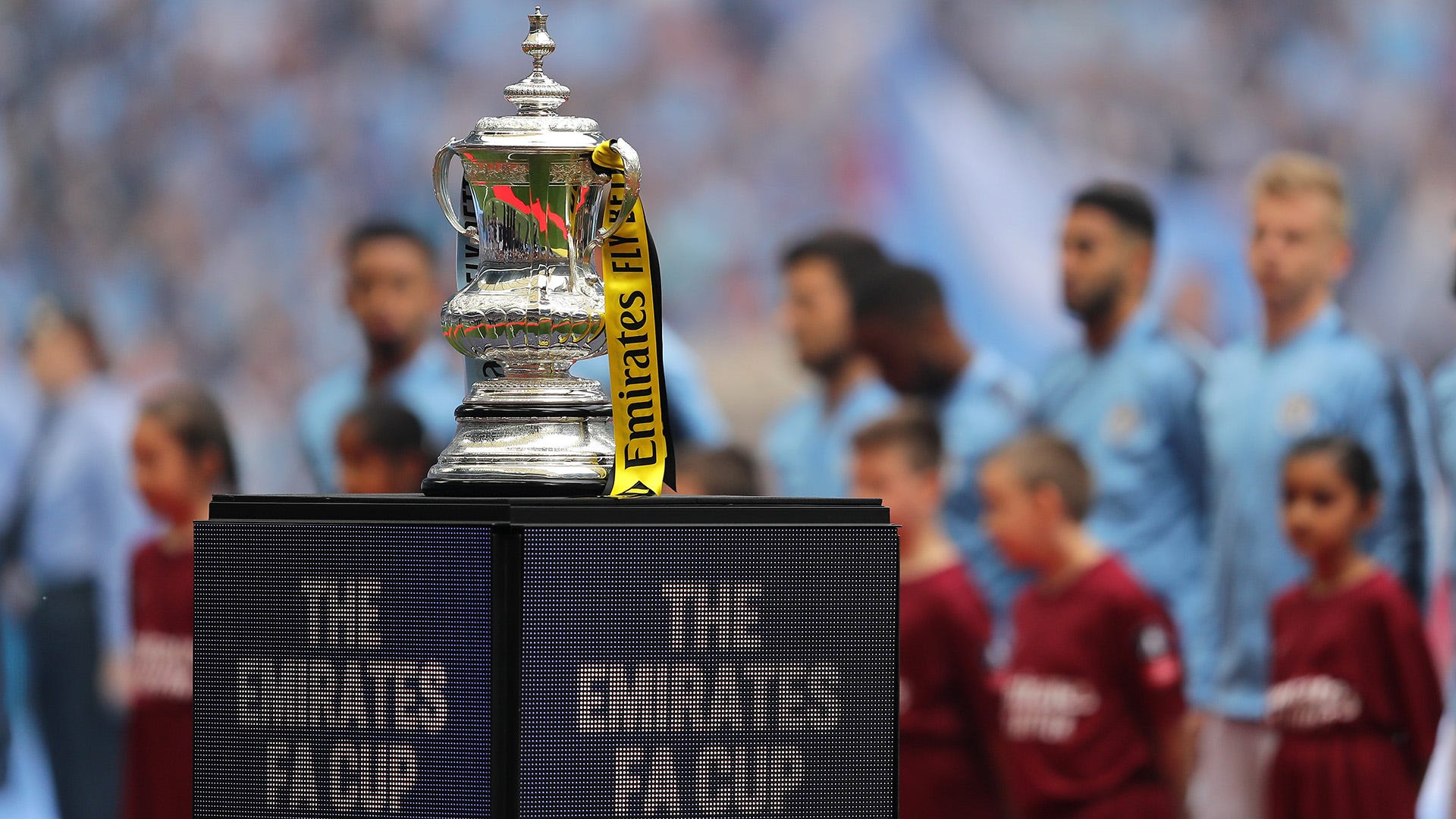 A total of seven games from the FA Cup fourth round will be broadcast live on TV in the UK.

Northampton Town's welcome of Derby County is the first of the fourth-round matches to be televised, on Friday January 24 at 8pm on BT Sport 1.

Brentford vs Leicester City, Man City vs Fulham and Bristol City or Shrewsbury vs Liverpool will all be shown on BBC One.

Hull City's hosting of Chelsea on Saturday at 5:30pm will be televised on BT Sport 1, along with Watford or Tranmere's clash with Wolves or Man Utd will be shown on Sunday.

Arsenal's trip to Bournemouth on Monday rounds out the last of the fourth-round fixtures on BT Sport 1.

Why are FA Cup third-round matches kicking off one minute late?

All 32 ties in the third round of the FA Cup will have their kick-off delayed by one minute as part of a project aimed at encouraging people to look after their mental health.

The FA and football authorities across the country have collaborated with Public Health England's 'Every Mind Matters' campaign, which will see a one minute video play ahead of kick-off.

Clubs are also embracing the campaign and making efforts to promote it through social media.

As part of the campaign, individuals are prompted to "take a minute" to fill out a 'Mind Plan', which asks questions regarding mental health.

Find out more about the FA's collaboration and the 'Mind Plan'.

How can I watch the draw for the FA Cup fourth round?

As well as a serving of live matches in the third round, the draw for the FA Cup fourth round will also take place live on TV.

The draw will be held on Monday January 6 on BBC One as part of the channel's live coverage of the game between Arsenal and Leeds United.