Brazil's perfect 10 is our number one choice after his breathtaking goal and elation back in 1970. It was Brazil's 100th goal in the World Cup and ...

Goal.com, in association with Coca-Cola, are counting down the Top 50 most memorable World Cup celebrations of all time. Today we bring the countdown to a close with a celebration by a man regarded by many as the greatest footballer to ever play the game - Pele. His unbridled joy at giving Brazil the lead in 1970 remains the defining World Cup image of all time. 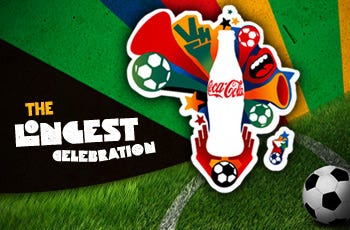 "Dario, or Dada as he was known, a substitute in Brazil's brilliant 1970 team, was famous for his creative statements about himself. Once, when asked about his quality with the aerial game he said: “There are three things that stop in mid-air: the hummer bird, the helicopter and Dada.”

But in the final of the 1970 World Cup against Italy, Pele showed that he too could be inserted into that list. 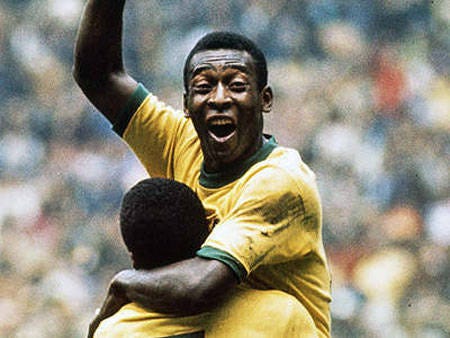 Brazil and Italy made it to the final of the 1970 World Cup and were set to battle for the right to take the Jules Rimet trophy home as a prize for their third World Cup title. The score was 0-0 when Rivelino crossed the ball high into the box, Pele jumped with the defender, and like a hummer bird, or a helicopter, and certainly better than Dada, he stopped in mid-air, winning the aerial challenge and heading home to open the score.

In the celebration, he jumped over Jairzinho, hugging him as he closed his fist to show his determination and joy after scoring Brazil’s 100th goal in the World Cup. The image of Pele's celebration, with his wide smile and the arms outstretched, will always be one of the iconic moments in World Cup history and deserves its place at number one in this countdown.”

The 2010 World Cup is fast approaching, so keep up to date with all the news at Goal.com's World Cup homepage and join Goal.com USA's Facebook fan page!