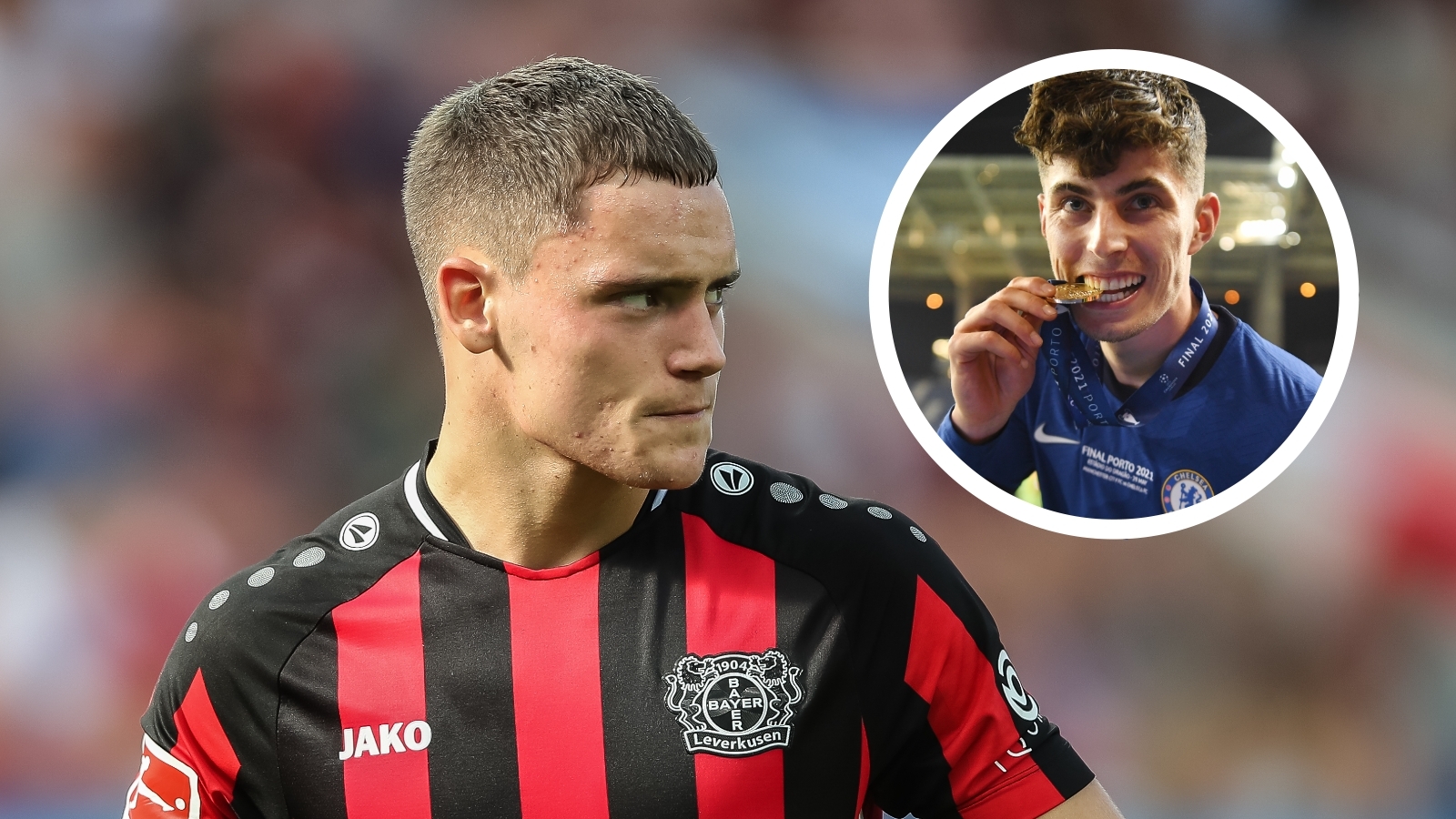 Lothar Matthaus knows a thing or two about running a game.

After all, the former West Germany captain led his country to victory at the 1990 World Cup from midfield, earning himself the Ballon d'Or in the process.

So, when Matthaus hails a young midfielder, it's worth paying attention.

"He's a talented player," the 60-year-old said of Bayer Leverkusen's Florian Wirtz in an interview with the Bundesliga's official website earlier this year. "He will be the second Kai Havertz. He will go the same way as Havertz.

It's certainly an apt comparison.

Both Wirtz and Havertz are precocious talents, with the latter becoming Leverkusen's youngest player and youngest goalscorer before eventually moving to Chelsea last year.

Havertz then scored the winning goal in the 2021 Champions League final, against Manchester City, and has already played over 200 club games despite being only 22.

Wirtz has since broken Havertz's youngest player and youngest goalscorer records at Leverkusen and is on target to make even more history at the BayArena.

The Cologne academy product is still only 18 but has already been capped four times by Germany, and has provided assists from the bench against both Armenia and North Macedonia.

Germany boss Hansi Flick is a big fan and sees him as a key part of his new-look national team.

“He’s very clever, technically very strong and has good finishing," he told reporters ahead of the World Cup qualifier against Macedonia. "He’s a good player overall and we are glad that we have him.”

Wirtz's start to the season in 2021-22 has been phenomenal and he has been involved in a goal in each game he has played in Germany and in Europe.

Just six games into the new season, the teenager has four Bundesliga goals and leads the league with five assists. On top of that, he scored in Leverkusen's Europa League wins against Ferncvaros and Celtic.

For club and country, he is averaging a direct goal contribution every 46 minutes since the start of the 2021-22 campaign.

That moment you become the youngest goalscorer in Bundesliga history...

Former Celtic and Germany defender Andreas Hinkel has been wowed by Wirtz's impact, believing that he could actually go on to have a better career than Havertz.

"He will be a key player for the future of Germany," Hinkel told BBC Scotland. "Havertz is similar in that they have something special, but Wirtz has the potential to be even better."

When you compare both players at the same age, Wirtz has more games under his belt, and more goals. They are similar in their play style as both have an eye for goal and use their bursts of pace to get past opponents.

However, whereas Havertz will look to play out a clever pass or use his technical ability to dribble past a defender, Wirtz is likely to drive forward with the ball and take on opponents with his power and pace.

Havertz, of course, helped Leverkusen qualify for the Champions League and the club have similar aspirations with Wirtz.

On Sunday, the top two meet at the BayArena, where Wirtz might just be going up against his next employers.

Indeed, Bayern are one of many big teams keeping an eye on the teenager, with the Bavarians hoping to maintain a German core long after Thomas Muller and Manuel Neuer retire.

However, a move to Bavaria does not seem imminent.

"Florian is a young player. He still has to grow," Wirtz's father and agent, Hans-Joachim, told Sport Bild. "It would be wrong to interrupt this process now.

"Playing at the World Cup 2022 is a nice target. For that, Florian has to continue his development in peace."

Wirtz will continue that development at Leverkusen but it won't be long before Bayern and the rest of Europe's elite come calling.