Los Blancos, who have an ageing midfield, must be regretting their decision to offload the Norway international, who is excelling at the Emirates

Arsenal entered last summer’s transfer window knowing they had to bring in a playmaker.

There were plenty of names mentioned, including Leicester City’s James Maddison, who is a player highly admired by Gunners boss Mikel Arteta.

However, while there was interest in Maddison, there was only one player who was the priority for Arsenal.

Martin Odegaard had enjoyed a fine loan spell in North London during the second half of last season and Arteta desperately wanted him back from Real Madrid.

Everything depended on the La Liga champions. As the weeks ticked by, Arsenal waited on a decision from the Spanish giants about the Norway international’s future.

Concern amongst the fanbase started to grow as the 2021-22 season kicked off without anyone having arrived to fix the creative issues that had plagued Arsenal prior to Odegaard’s arrival on loan the previous January.

A miserable opening day defeat at Brentford did little to quell the unrest, but then - a week on from that loss - Odegaard returned on a permanent basis.

Madrid had let it known a few days earlier that they were willing to part company with the playmaker – despite their ageing midfield options – and Arsenal sprang into action, wrapping a £30 million ($40m) deal up with minimum fuss. 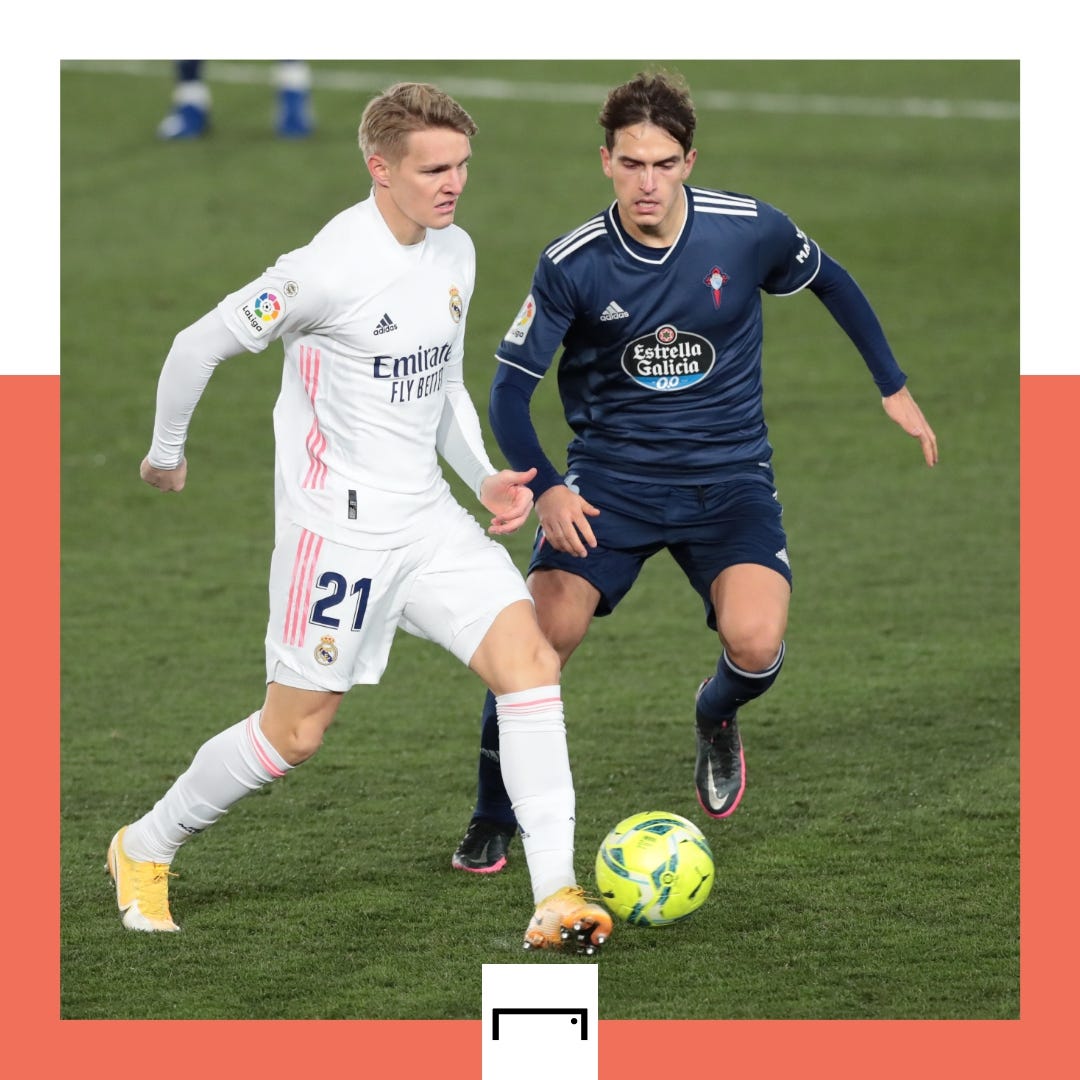 “We had no doubts,” said Arteta. “The club was brilliant to secure him in a really convincing way.

“Martin was really happy to join us because he had a really good time, he felt valued, he enjoyed what we are doing, he got a really good connection with the players and the supporters.

“He wanted to be part of the project.”

Signing a player of Odegaard’s age, experience and quality for just £30m felt like a superb deal at the time and now – just six months later – it is looking like even more of a bargain.

It took the 23-year-old a little bit of time to hit his stride following his return, but now he is showing just how good he is on a regular basis as he transforms into the fulcrum of Arsenal's attack.

Against Brentford last Saturday he was sublime, constantly pulling the visitors apart with his movement and vision.

It was a fabulous performance from a player who has finally found himself a permanent home after a nomadic few years touring Europe as Madrid pondered what to do with him.

And the most exciting thing for Arsenal, is that he is only going to improve.

“He is getting better and better, and I am not surprised,” Arteta said after the 2-1 win against Brentford.

“The way he lives his profession, the way he likes to play football and everything he does is to become better.

“He still has a big margin. He wants it probably more than anyone else on that pitch, every single day. He will be top, top!” 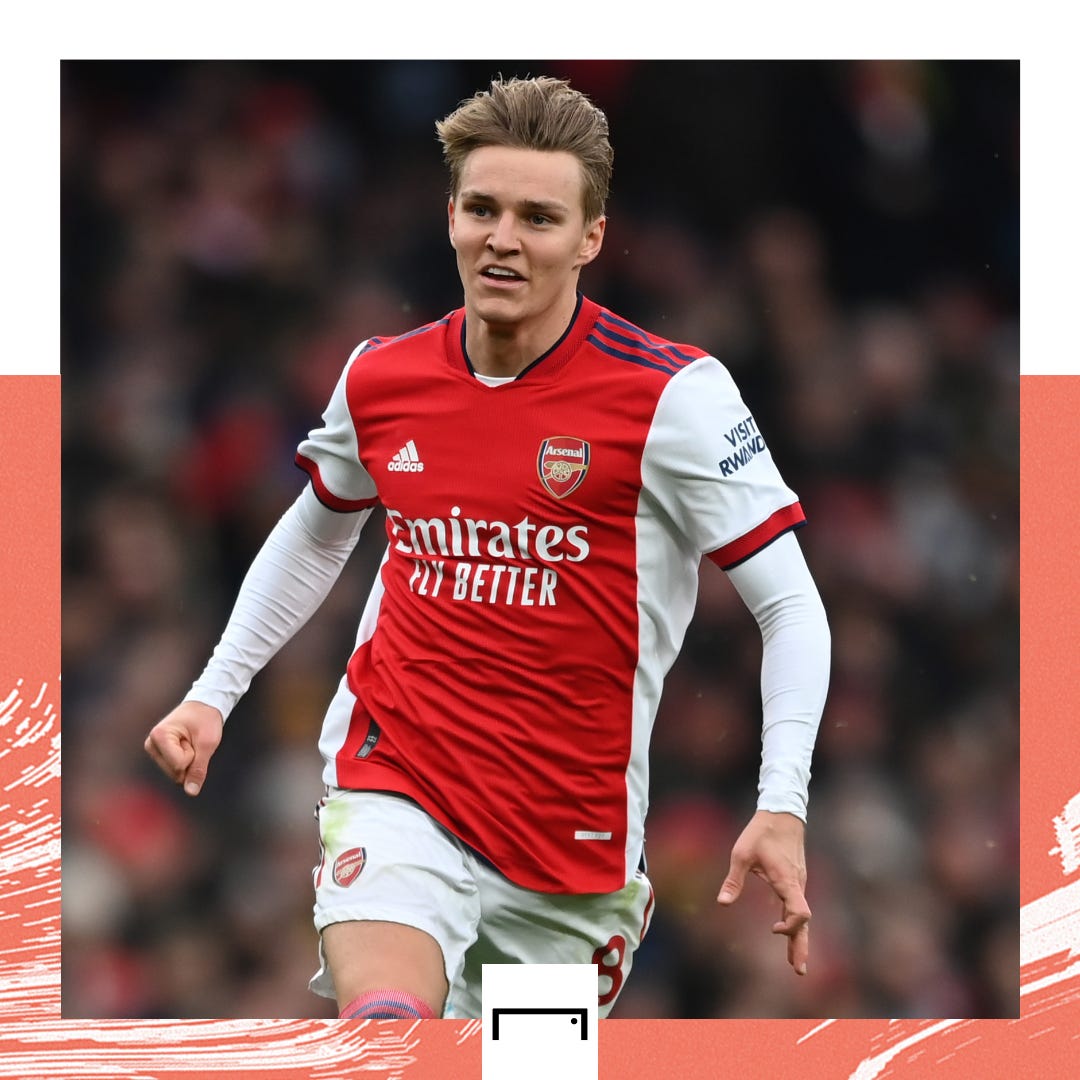 It’s easy to forget Odegaard is just 23, such is the way his career has gone to date.

He made his first senior appearance in the Norwegian top flight when he was just 15 years and 118 days old and made his full international debut soon after.

He was just 16 when he signed for Real Madrid and when he made his debut, replacing Cristiano Ronaldo against Getafe on the final day of the 2014-15 season, he became the youngest ever La Liga player, aged 16 and 157 days.

A lot has gone on since then, with loan spells at Heerenveen and Vitesse in Holland, and Real Socieded in Spain.

He excelled with Socieded and it looked like he could finally be about to be given his chance with Madrid, but it never arrived, allowing Arsenal to pounce.

Now settled in London and feeling like he has found himself a proper home, Odegaard is quickly making himself one of the first names on the Gunners’ team sheet.

He has made 25 appearances in all competitions, starting 21 of them.

He has four goals and four assists during the 2021-22 campaign and has created 43 chances for his team-mates, no Arsenal player has created more.

When he first arrived in the summer there was lots of debate as to who should start in the No.10 role in Arteta’s 4-2-3-1 system, given the emergence of Emile Smith Rowe.

But that debate has long since ended, with Odegaard firmly established in the central playmaker role and Smith Rowe starring on the left hand side of the attack.

There is even talk of Odegaard potentially being named captain in the summer, when Arteta names the long-term successor to former skipper Pierre-Emerick Aubameyang.

“The way he likes to play football and everything he does is to become better... He will be top, top." 🔥

“He certainly has all the qualities to do that,” the Arsenal boss said when asked about the possibility of Odegaard having the armband.

“Talking to his national team coach… how highly they speak of him... He walks through the corridor and everybody loves him. He is such a nice, humble guy. He leads with the way he is and it is very natural for him.”

What stands out about Odegaard when you watch him play is not just what he brings to the team when he is on the ball, it’s what he does when he does not have possession.

His work ethic is exceptional and that is one of the main reasons Arteta was so keen to bring him back to the club last summer.

He has won possession in the final third 18 times so far this season, four more times than any of his team-mates.

In total he has made 110 recoveries all over the pitch, only Ben White (129) has made more.

And the Norwegian has made 30 tackles, which only puts him behind White (35), Thomas Partey (34) and Gabriel Martinelli (32).

In Odegaard, Arsenal have found a player they can build a team around.

He is far from the finished article and there is still plenty of room for improvement, especially in terms of his finishing – as a couple of weak efforts on goal demonstrated against Brentford at the weekend.

But the potential is clear to see and his recent performances demonstrate why Arteta was willing to stay so patient in his bid to bring the playmaker back to North London.

It may have taken a little bit longer than he would have liked, but Odegaard is now proving that he was well worth the wait.