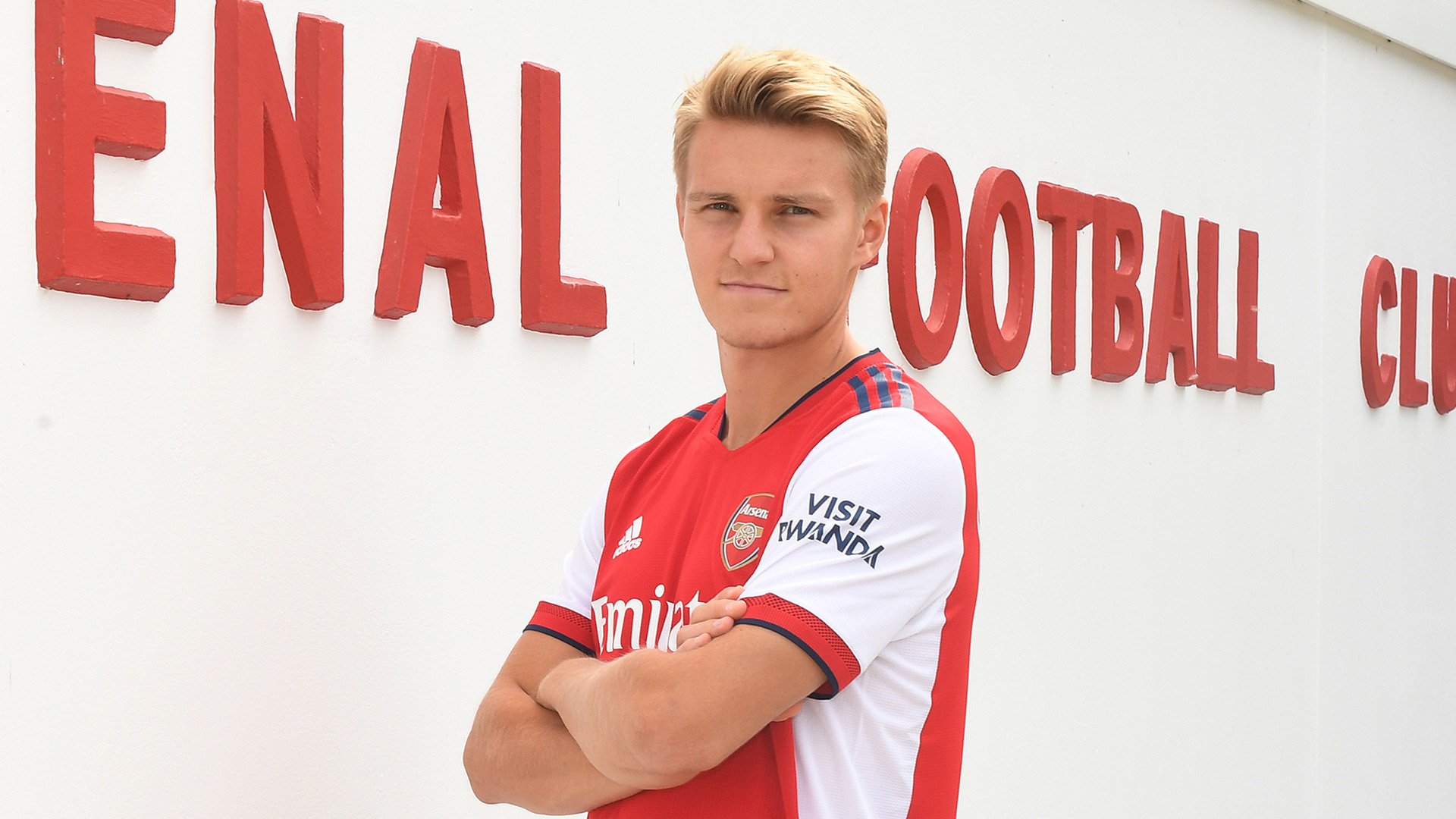 The Norwegian playmaker, who enjoyed a successful loan spell in north London last season, is back in familiar surroundings

Arsenal have completed the £30 million ($41m) signing of Martin Odegaard from Real Madrid, with the former loan star brought back to Emirates Stadium on a permanent basis.

The Gunners took the talented Norway international on a short-term deal during the winter transfer window of 2021 as they sought to bring added creativity into their ranks.

Odegaard caught the eye during his short time in England and, having been unable to force his way into Carlo Ancelotti's plans at Santiago Bernabeu, is now ready to commit to the Premier League heavyweights.

Announcing the deal on the club's official website, Arsenal said of Odegaard: "The Norwegian international re-joins after spending the second half of last season on loan with us, during which time he made 20 appearances, notably scoring in our Premier League win over Tottenham Hotspur at Emirates Stadium in March.

"The 22-year-old started his career in Norway with Stromsgodset, where he made his debut as a 15-year-old in April 2014, becoming the youngest-ever player to feature in Norway’s top division. He was signed by Real Madrid in January 2015 and subsequently became their youngest player in May 2015.

"In the three seasons from 2017-18, Martin spent loan spells with Heerenveen and Vitesse Arnhem in the Netherlands and then back in Spain with Real Sociedad in 2019-20, where he helped the club reach the final of the Copa del Rey.

"The attacking midfielder has also made 30 appearances for Norway, making his debut in August 2014, becoming the youngest player to represent his country’s senior national team at the age of just 15 years and 253 days."

When asked what Odegaard will bring to the squad, Arteta said: "Well, a lot of things that he brought last season. He made us better, we needed more options, alternatives, creativity and players that can be morals for this football club.

"He is still a really young man but he has huge experience in different clubs already. He has a unique talent based on the way we want to play so I'm delighted that the club has made an effort and we have Martin on a permanent deal here."

What number will Odegaard wear?

Odegaard took No.11 at Arsenal following his arrival from Real in January.

He contributed two goals and as many assists through 20 appearances for the Gunners during that spell.

A fresh start in north London this summer will, however, bring with it another new number.

It has been revealed that Odegaard will take the No.8 shirt for 2021-22, allowing him to follow in the footsteps of Dani Ceballos, Aaron Ramsey, Samir Nasri, Freddie Ljungberg, Ian Wright and his current manager Mikel Arteta.

When will Odegaard make his debut?

Arteta will not be in a position to call upon Odegaard in Arsenal's next outing.

The Gunners have stated that "the completion of regulatory processes and visa requirements" will not be tied up in time for the new arrival to take in a derby date with London rivals Chelsea on Sunday.

Odegaard's second debut for the club could come in a Carabao Cup clash with West Brom next Wednesday, or in a heavyweight Premier League tie with reigning champions Manchester City at the Etihad Stadium on August 28.