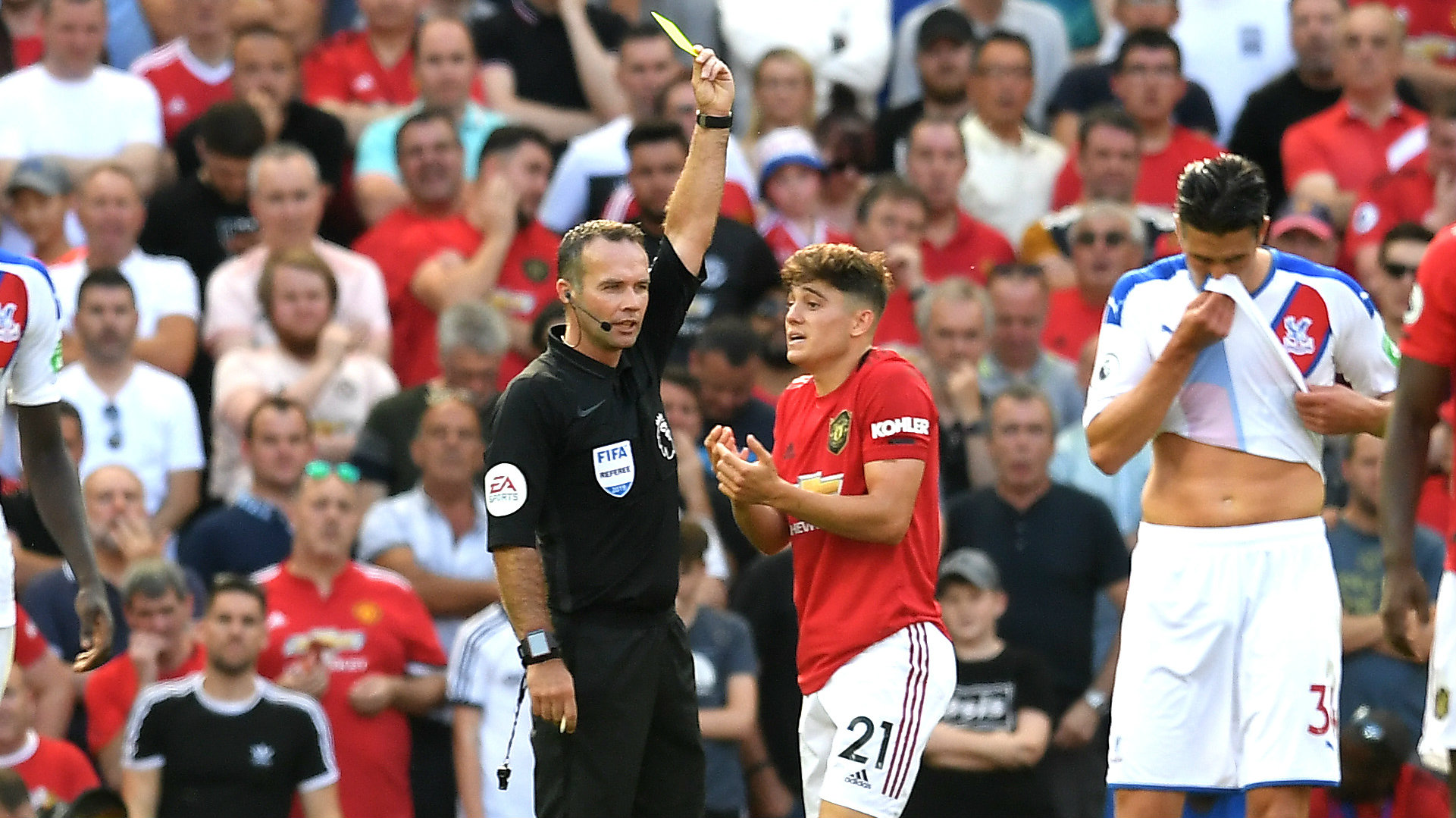 The Wales youngster saw yellow against Wolves and Crystal Palace, and his manager is concerned that he is getting an undeserved reputation

Daniel James does not dive, according to Ole Gunnar Solskjaer, after the Manchester United winger was booked for simulation for the second time in five days.

The 21-year-old saw yellow in United’s 2-1 defeat at home to Crystal Palace on Saturday, less than a week after being booked for the same offence in the 1-1 draw at Wolves.

The results have seen United’s promising start to the Premier League season fade away but Solskjaer has not seen any reason for concern from James. The 21-year-old scored what had looked to be a match-saving goal late on against Palace, only for Patrick van Aanholt to win it in stoppage time.

“I am 100 per cent sure there was contact between Dan James and their player,” said Solskjaer after the game.

“Now he's got two yellow cards, when there was contact with him and it's twice when I have to say it's been very unfair and unlucky. Both yellow cards should not have stood.”

Solskjaer is aware that two cards inside a week will have raised eyebrows among rival fans and, perhaps more pertinently, among referees.

But the Norwegian is insistent that James’ tumbles are simply a result of his searing pace, rather than any desire to cheat.

“He is not that type of player. He keeps running that quickly and, if you look at the video, there was contact, both today and in the Wolves game.

”He is such an honest boy. He gets up, runs and takes people on. Sometimes, he gets kicked and sometimes, with that pace, a little touch or nudge will be enough for him to fall.“

James has had a good start to life at Manchester United, appearing in all three Premier League games so far and scoring in two of them.

His tidy finish sealed the 4-0 opening-day thrashing of Chelsea, before curling into the top corner against Palace on Saturday, though he was heartbroken as his second goal counted for nothing.

With one game left until the first international break of the season, United will be looking to get back on track next weekend with a trip to Southampton. Ralph Hasenhuttl’s side got their first points of the season in a 2-0 win at Brighton on Saturday.