Granada are readying themselves for the first leg of an eagerly-anticipated Europa League quarter-final clash with Manchester United and Jorge Molina says the Liga outfit will not be singling out any Red Devils players for special treatment.

Ole Gunnar Solskjaer boasts a number of potential match-winners within his ranks, with the likes of Bruno Fernandes and Paul Pogba becoming talismanic figures while the attacking threat of Edinson Cavani and Marcus Rashford is clear to see.

Molina believes Granada can contain the Premier League heavyweights and claim a notable scalp, but admits it would be foolish of them to single out specific players when United are capable of hurting them from just about every area of the field.

Molina has told Goal of facing the Red Devils: "Manchester United are second in the Premier League after the mighty City. I think they are having a very good season and we know it will be very difficult.

"They have players who are strong at the back and then have very fast players going forward. They counter very quickly as we saw in the tie against Real [Sociedad], and they are fast and powerful.

"It is a very complete team that is difficult to break down and you have to be very focused so that they don't hurt you.

"They have many top players and they are all very good. If you look at one, another will hurt you.

"In the end we have to be very focused all the time and have help from everyone to be able to stop them."

Can Granada spring a surprise? 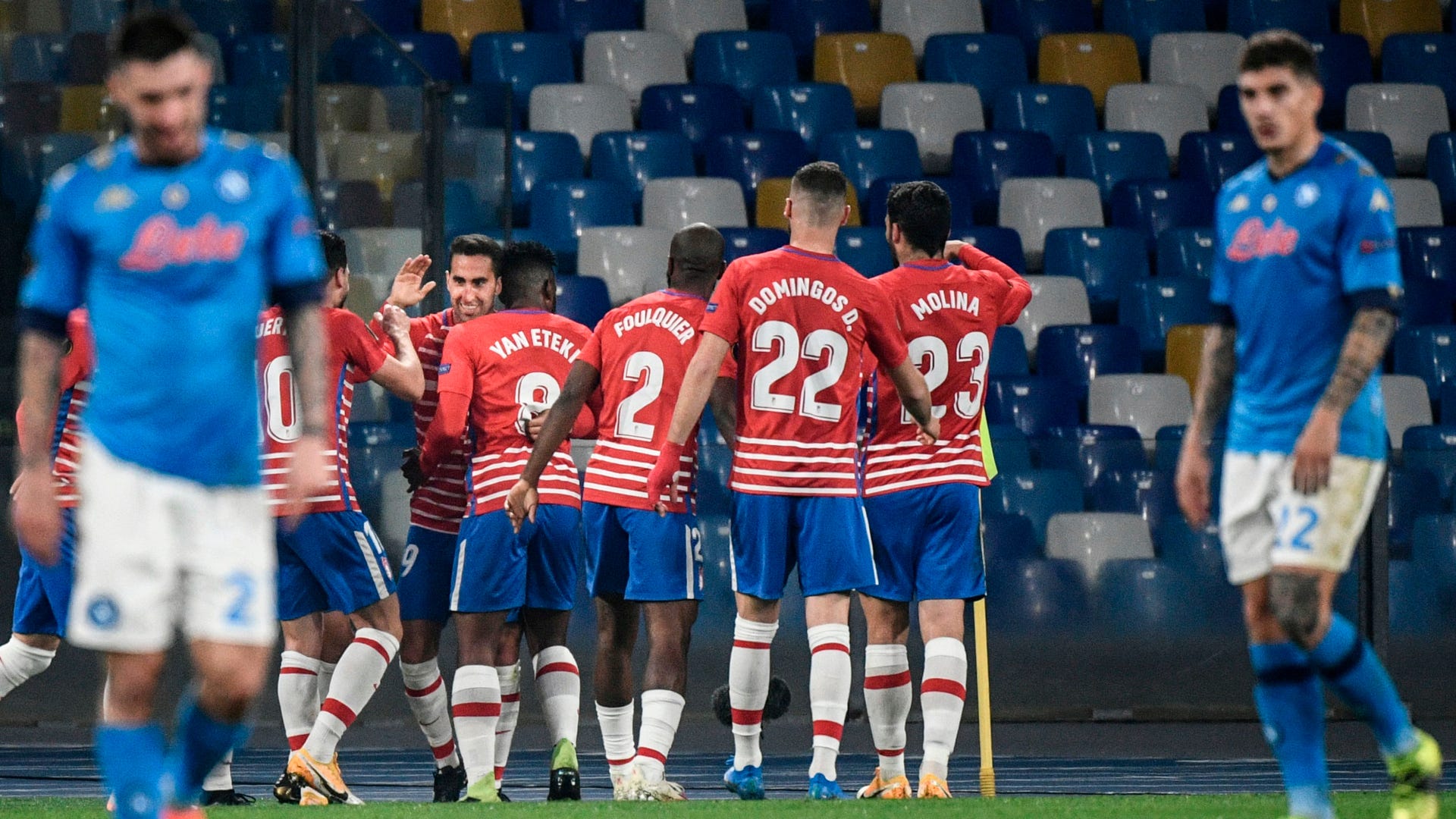 Diego Martinez’s side are gracing this stage of European competition for the first time in their history, with the record books being re-written in a memorable 2020-21 campaign.

Molina believes they can go even further, but concedes that they have been handed the toughest of tests against United.

He added: "Well, we got the most complicated draw, the favourite for the title. But that is what everyone wants. Who would have thought that we would be playing a quarter-final against Manchester United?

"They are a great of Europe, a historic club, but we are going to play the tie with the conviction that we can progress. It will be difficult but if we do things well we will have a chance."

Pressed further on how Granada will approach a meeting with the Red Devils, Molina said: "With respect, obviously, because if not we would hamper ourselves. But with the utmost enthusiasm and conviction that we can progress."

Granada have already sent Serie A giants Napoli packing from the Europa League this season.

They were seen off in the first knockout round, before then disposing of Molde – Solskjaer’s former employers – in the last 16.

Their form has been a little disappointing of late, with three successive defeats suffered in all competitions and only three wins taken from their last 14 outings.

They have, however, impressed under pressure in Europe and continue to occupy a standing inside the top-half of the Liga table.