Angel Di Maria has rubbished the “fake news” suggesting he has asked to be rested by Juventus ahead of Argentina’s latest bid for World Cup glory.

WHAT HAPPENED? The Albiceleste, who have so far been unable to deliver a global crown for talismanic captain Lionel Messi, will open their campaign in Qatar against Saudi Arabia on November 22. It has been suggested that experienced forward Di Maria, along with fellow countryman and club colleague Leandro Paredes, have requested that they be left out of Juve’s Serie A clash with Lazio on November 13 so that they can avoid any untimely injury scares and be as fresh as possible for international duty. 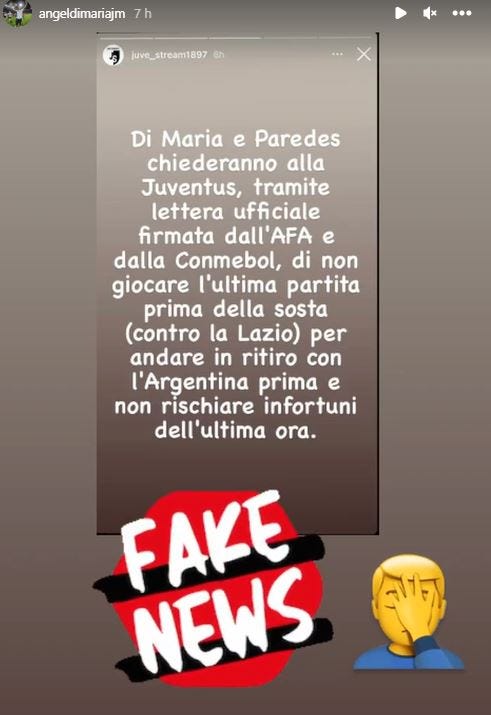 THE BIGGER PICTURE: Di Maria and Paredes are expected to make Lionel Scaloni’s squad for the World Cup finals, but they will not be looking to miss any club action in the build-up to that tournament as they remain fully committed to domestic and international causes.

WHAT NEXT FOR DI MARIA? Argentina will be in friendly action against Jamaica on Tuesday, with Di Maria and Paredes set to return to Turin after that contest in order to ready themselves for a Serie A clash with Bologna on Sunday.