Injuries, departures and squad rotation should give several new faces a chance to impress Gregg Berhalter on Tuesday

The excitement surrounding the first opportunity to see a full-strength U.S. national team play for Gregg Berhalter faded quickly with the sight of Weston McKennie being carried off on a stretcher against Ecuador on Thursday. The illusion of being able to see what a USMNT Gold Cup lineup might look like was replaced instead by the reminder that there are plenty of jobs still to be fought for, and several players still waiting for their chance to show Berhalter they deserve a bigger role.

Which brings us to Tuesday's friendly against Chile. The game will be the last chance for players to impress Berhalter before the head coach puts together a Gold Cup team in late May. There will be two months between now and then, and Berhalter has made it clear that club form is important in his evaluation. But the players currently in camp have to believe that a strong showing against Chile can only serve to boost their chances of securing a place on that Gold Cup squad.

Berhalter has made it clear he plans on shaking up his lineup for Tuesday's friendly, and with McKennie and Tyler Adams already gone, that means at least two starting spots will be available. Berhalter let Adams return to RB Leipzig after having seen him look very sharp against Ecuador, and some other top starters will likely be rested on Tuesday as well. John Brooks looks like a prime candidate to sit against Chile, as does Tim Ream, though Christian Pulisic should start considering his recent struggle for regular minutes with Borussia Dortmund.

Given who will be missing, and who stands a good chance of being rested, here are five players who have a lot to gain by performing well on Tuesday against Chile: 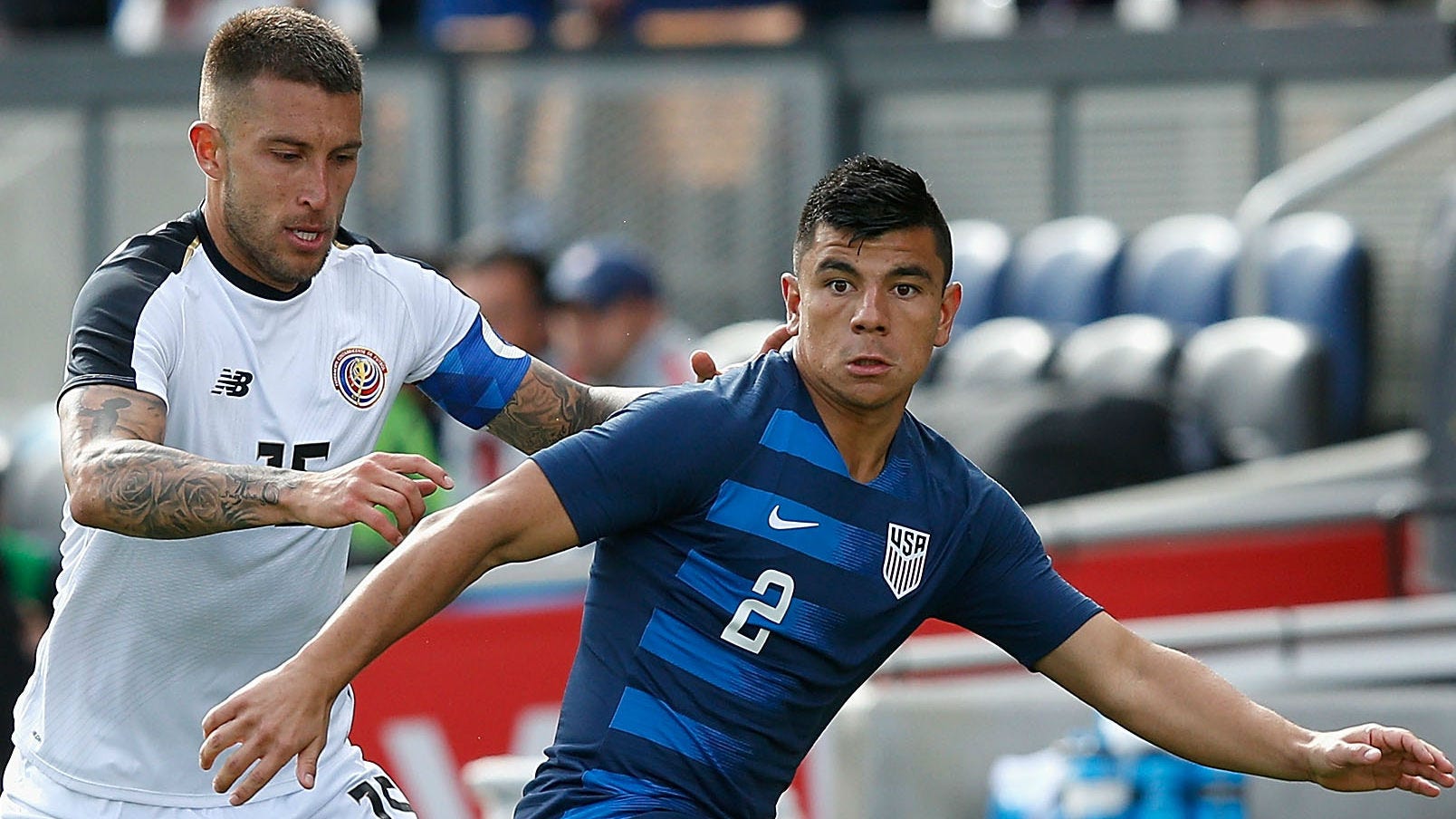 When Adams' departure from camp was revealed, the initial reaction was that it might mean a chance to see Yedlin at right back against Chile. But given Berhalter's comments earlier in camp about wanting to see Yedlin in a wide midfield role, it feels more likely the Newcastle defender will be deployed as a winger against Chile.

Enter Nick Lima, one of the standouts of the January camp, and a player who looked extremely comfortable in the hybrid right back/defensive midfield role Berhalter has created for his system. Lima hasn't enjoyed the best start to his MLS regular season, having started but been removed from the game in all three matches under new San Jose head coach Matias Almeyda.

If Lima gets the starting nod against Chile, he could solidify his place as the number two option at the position behind Adams, but if he struggles, then it could lead Berhalter to look at other right back options as the Gold Cup draws closer. 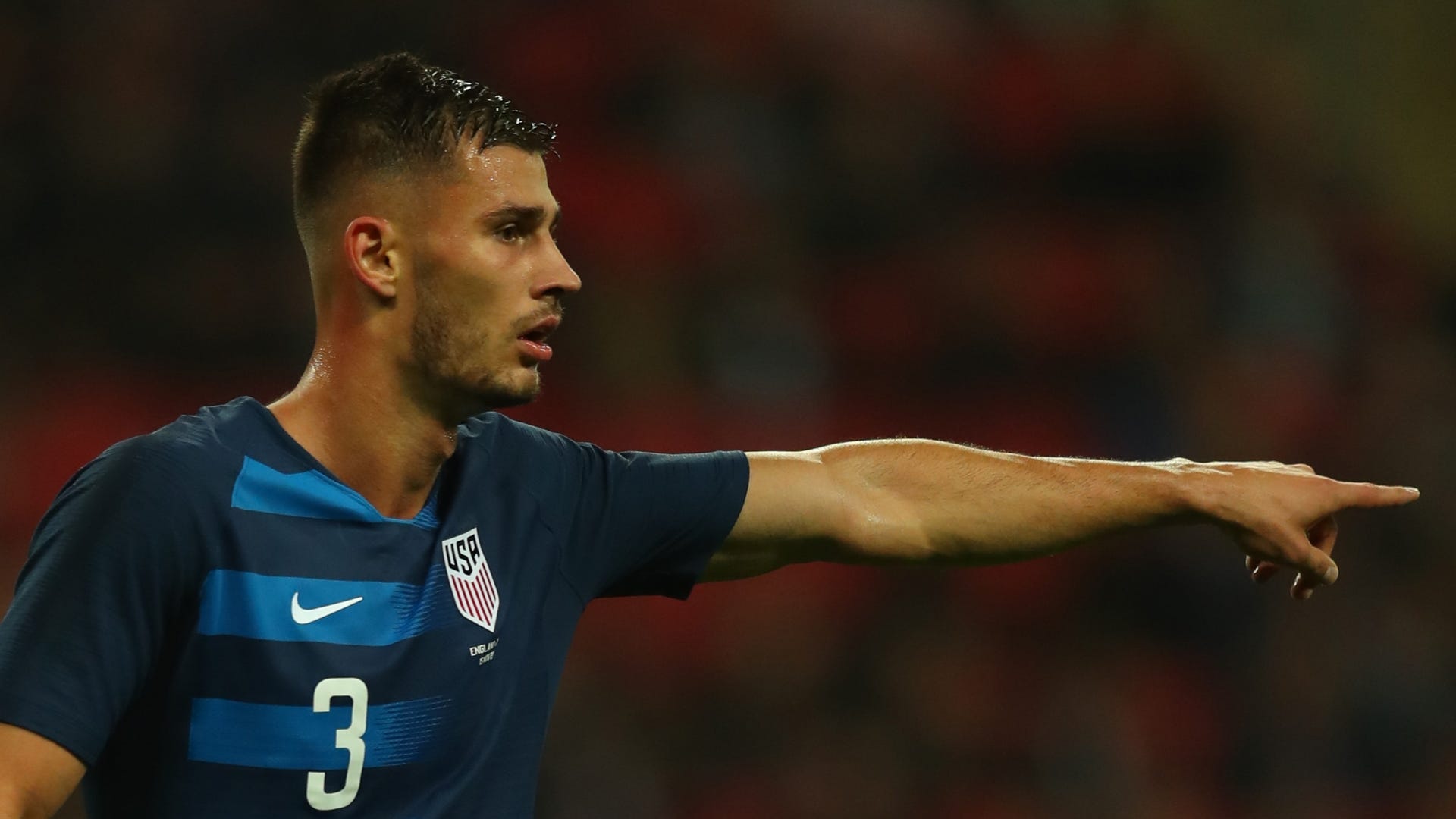 A year ago Matt Miazga looked like as much of a sure bet to be starting at the 2019 Gold Cup as any defender. That was before a failed loan stint at French club Nantes set him back, a move that happened just as New York Red Bulls defender Aaron Long was positioning himself as a viable USMNT option.

Miazga has rebounded with a successful stint with Championship side Reading, but he has fallen behind Long on the USMNT depth chart. Long wore the captain's armband for the January camp friendlies, and more recently turned in a strong shift against Ecuador.

If Berhalter rests Brooks, then we could see a Long-Miazga pairing at center back, which would not only allow Berhalter to do a side-by-side comparison of the two players vying to start next to Brooks, but also let him see a potential pairing he could turn to if Brooks adds to his history of injuries. 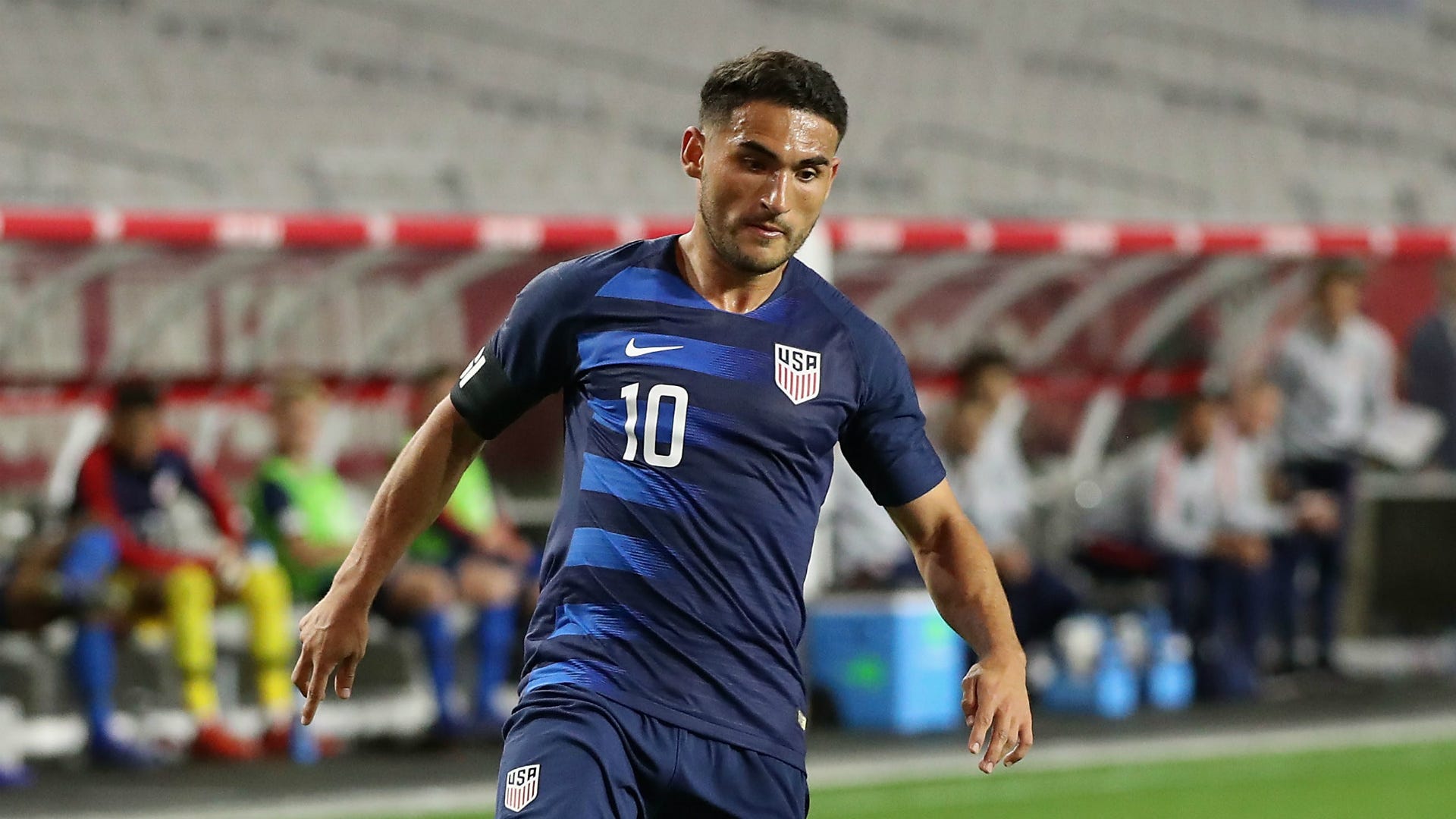 McKennie's injury means there won't be another chance this month to see him and Pulisic in the dual-10 roles in Berhalter's midfield, but it does mean the manager will have a chance to partner Pulisic with Cristian Roldan, who is also well-suited to complement the Borussia Dortmund star in the middle of the field. Roldan has the two-way ability to fit into the right-sided number 10 role.

Roldan looked solid in his second-half cameo against Ecuador, though he came into the match after Pulisic had already been replaced by Sebastian Lletget. Berhalter will want to see better attacking contributions from Roldan, who had a very good showing in the January camp.

Berhalter could also look at Roldan in the deeper number six role, especially if Wil Trapp is still recovering from the knock he suffered against Ecuador and Berhalter decides not to give Michael Bradley a full 90 minutes. Roldan is playing in a defensive midfield role for the Seattle Sounders in 2019, and has the qualities to be an effective deep-lying midfield option for Berhalter. 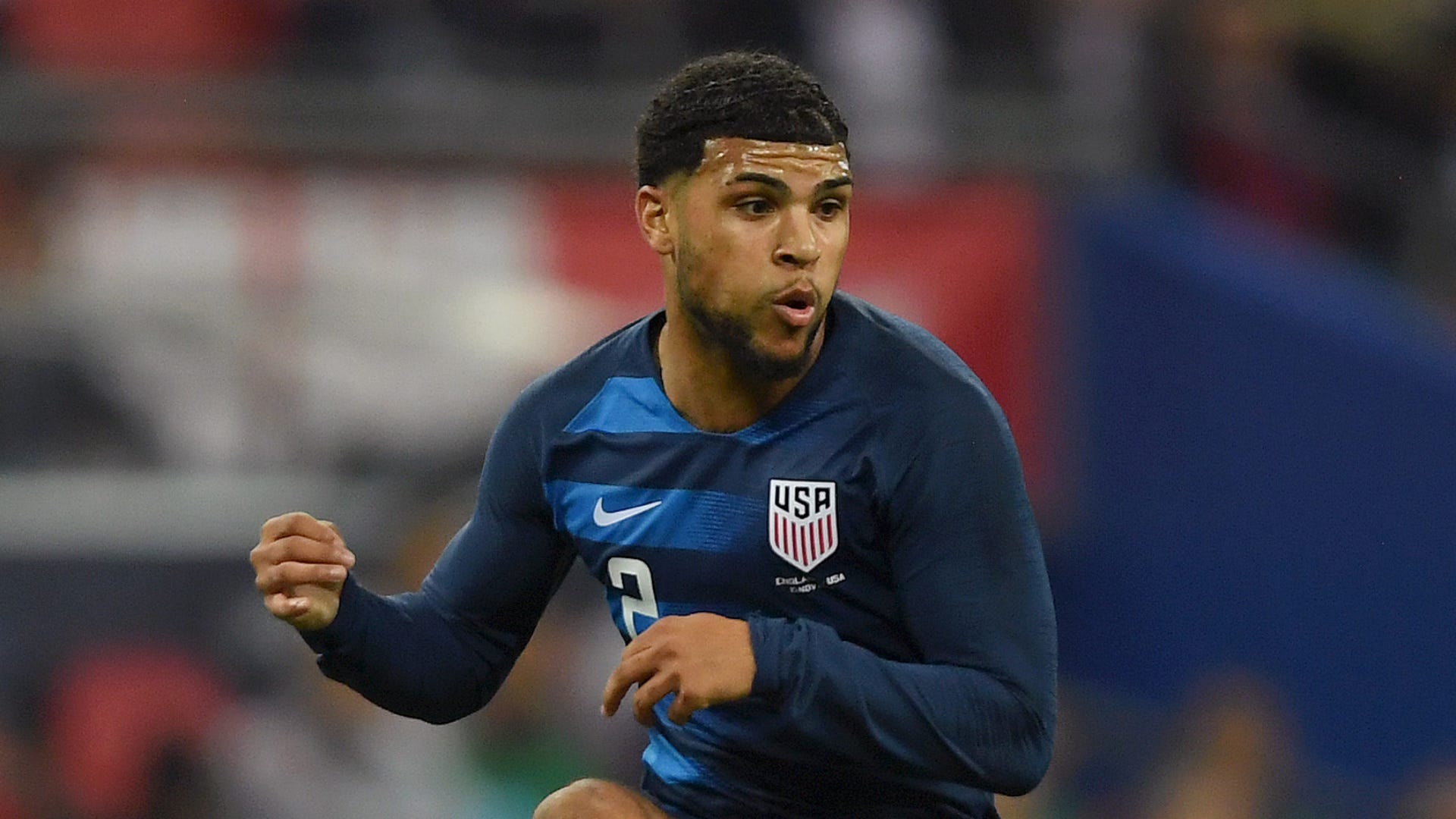 As we watched Adams settle into the right-back role and show well versus Ecuador, it was difficult not to wonder what that might mean for DeAndre Yedlin, who has gone from being the team's lock starter at right back to a player who doesn't have a guaranteed role, even though he's one of just two Americans (Tim Ream being the other) currently playing regularly in the English Premier League.

Yedlin should be in the starting lineup against Chile, and it is very likely he will be deployed as a right winger. Why not play him as a right back with Adams having returned to Germany? Berhalter sees him as a better fit on the wing than in the hybrid right back/defensive midfielder role, which requires the kind of positional awareness and passing ability Yedlin doesn't have in central midfield.

Working in Yedlin's favor is the reality that the number of in-form wing options in the USMNT player pool isn't exactly large. Jordan Morris struggled against Ecuador, while Paul Arriola has seen more looks on the left wing, even though he's a natural right winger. If Yedlin struggles to make an impact as a right winger against Chile, he could fall further away from a starting role at the Gold Cup. 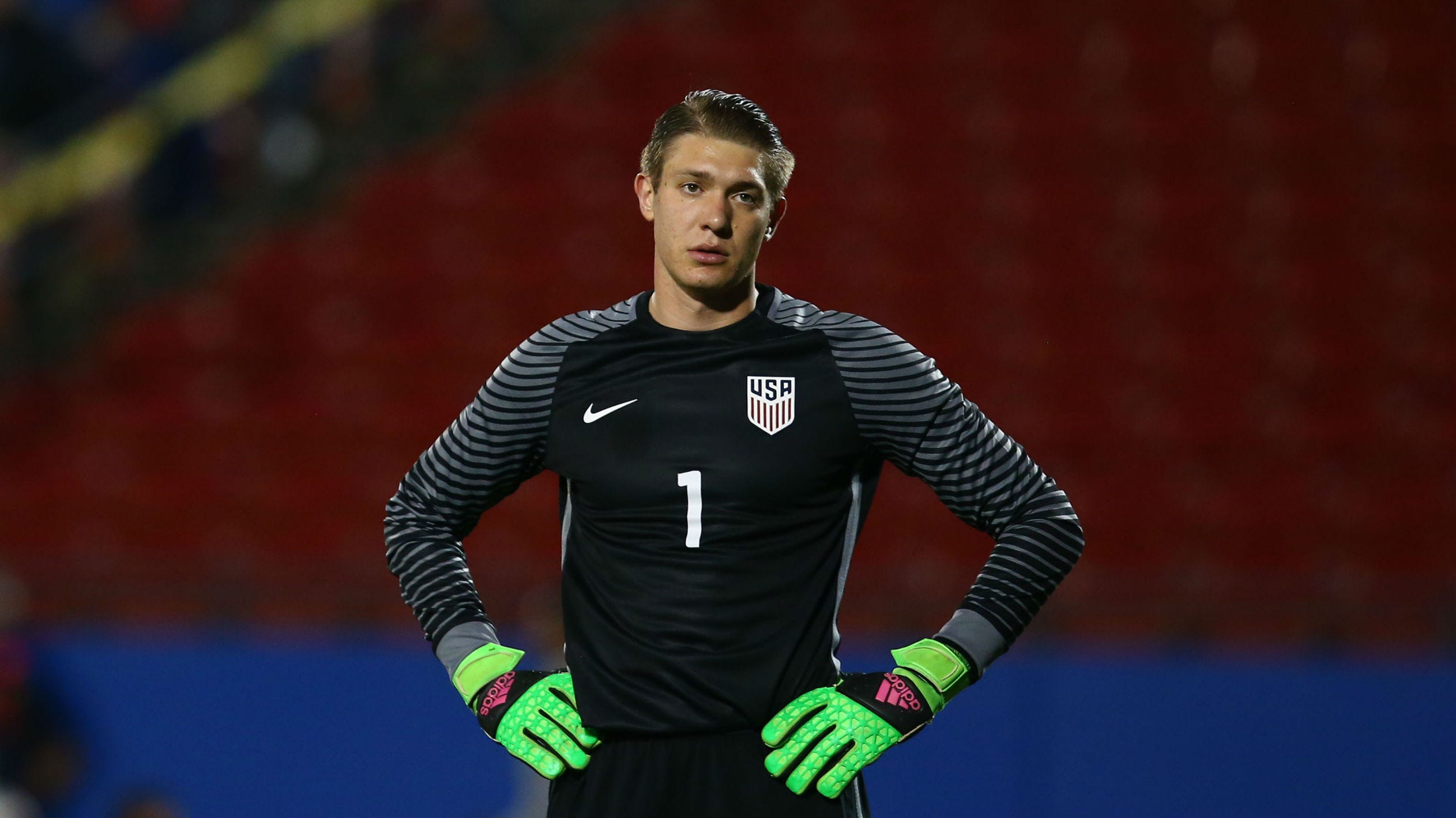 One of the bigger surprises of the USMNT lineup against Ecuador was Ethan Horvath being on the bench in favor of Sean Johnson. That isn't a knock on Johnson, who has been in good form with New York City FC. but rather an acknowledgment of the excellent form Horvath has enjoyed with Club Brugge.

Johnson didn't have much to do against Ecuador, which failed to produce a single shot on goal, but it would be difficult to see Berhalter not give Horvath at least one start. He won't have as solid a defense in front of him as Johnson had last Thursday, which might wind up presenting him with more opportunities to show what he can do in Berhalter's system.

With Zack Steffen the favorite to start at the Gold Cup, Horvath can't afford a shaky outing if he's going to remain the clear leading candidate to back up the future Manchester City man.