Xavi's back at Barcelona - but how long until the good times follow him to Camp Nou? 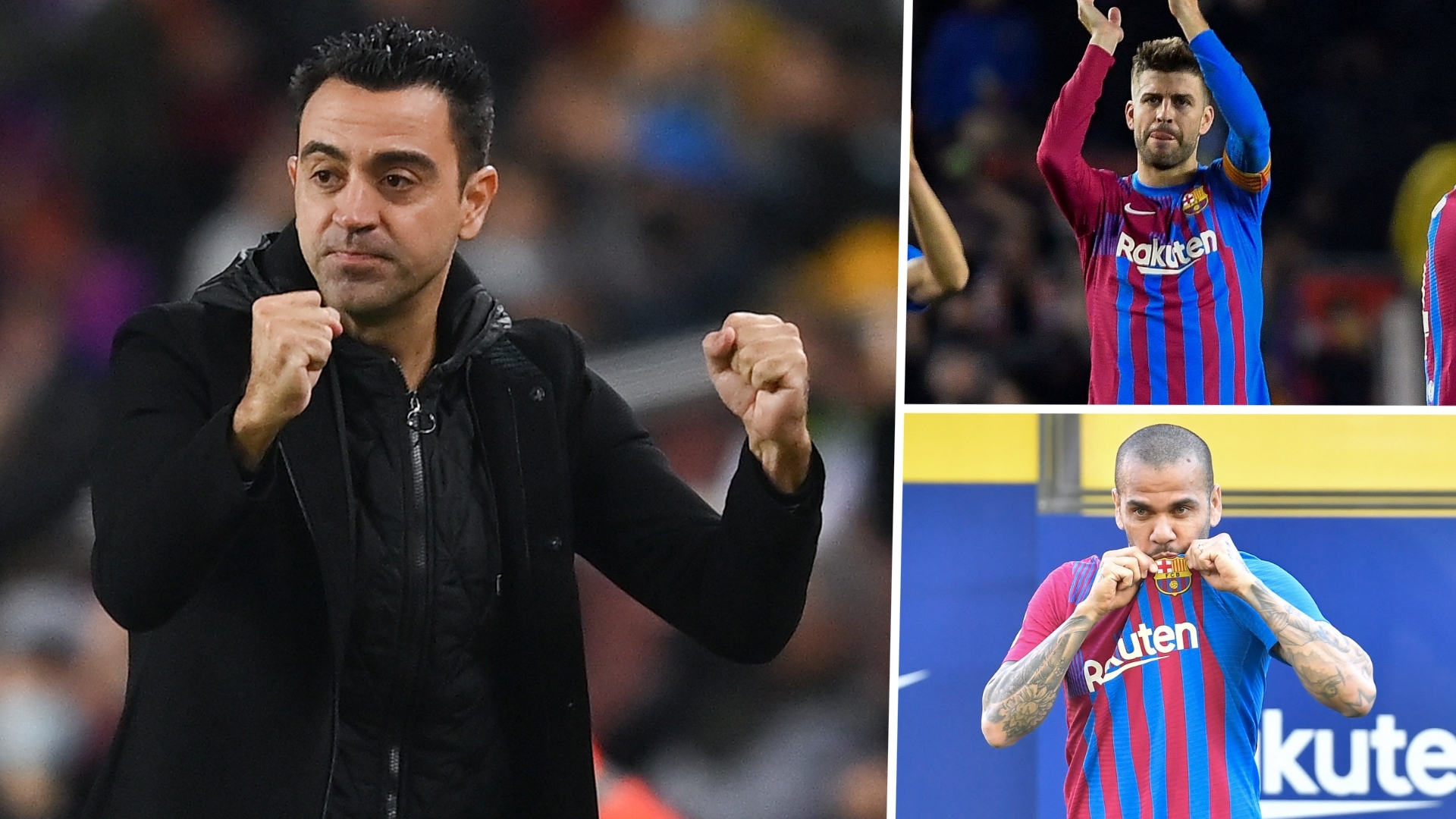 The new Blaugrana boss got off to a winning start in La Liga, but issues remain on and off the field that could slow any progress he makes

From the hot-dog stand to the stadium gates, there were queues at Camp Nou. There was a palpable buzz around the Les Corts area, one that had been missing for quite some time.

Xavi Hernandez was back, and so were Barca. The good old Barca, or a solid nod in their direction at least.

The dregs of the previously successful Ernesto Valverde era were followed by the even more unpalatable reigns of Quique Setien and Ronald Koeman, and it sapped the joy and excitement out of going to games for a lot of locals.

Between the pandemic and a team at its lowest ebb for decades, shorn of star player and talisman Lionel Messi, Barcelona attendances were dismally low. Just 37,000 supporters attended the 1-1 draw with Alaves a fortnight ago, overseen by interim coach Sergi Barjuan.

Since then, everything has changed. Xavi’s appointment has sparked excitement at Barcelona and Camp Nou was bustling and alive once more for his second debut, keen to see what he could bring.

A 1-0 win over local rivals Espanyol in the Catalan derby on Saturday night was watched by over 74,000 fans, double the previous attendance, and for most of the game, they liked what they saw.

Expectations are simultaneously sky-high and conservatively low for Xavi. Comparisons to Pep Guardiola’s arrival in 2008 are inevitable, but everyone understands the gravity of the financial situation, that the team still has many players out injured and the squad is lacking decisive forwards.

If results do not come, Xavi will be given time and patience. Partly because of his legendary status and partly because the situation has got so bad it is impossible to ask for miracles.

“We are who we are,” said Koeman, and he was not wrong, even if his defeatism was too much for players and supporters alike to accept in such a blunt way.

If you do not believe in yourself then you cannot achieve anything, and a lot of Xavi’s rhetoric in his first fortnight as coach has been about trying to raise spirits and get back to basics. He wants to restore order and professionalism within the club, and restore its image and pride for the outside world to see.

“Barca means winning,” he said on his presentation, an immediate change of message from his predecessor. The return of Dani Alves was another shot in the arm, with over 10,000 supporters raucously welcoming the Brazilian home last week.

“As long as there is one per cent chance, we will have 99 per cent faith,” said Neymar ahead of Barcelona’s famous remontada against Paris Saint-Germain in 2017 and that is the vibe Xavi is riding, bringing the fans along with him.

Of course, there is a lot of hard work to do under the surface. In just a few days on the training ground, Xavi already had Barcelona playing well against Espanyol, in the ‘classic’ style. A 4-3-3 set-up, possession heavy, counter-pressing, wingers stretching the pitch and central midfielders playing between the lines, it was everything supporters expected of Xavi’s Barcelona.

The coach himself, serenaded by supporters, stalked his technical area for the whole game, speaking to Gerard Pique, Sergio Busquets and Eric Garcia during pauses in play. He cut an altogether different figure from Koeman, who stayed hidden on the bench, a silent observer incapable of changing the flow of a game.

It was, however, far from a dominant Barca performance. Espanyol impressed on the break, especially newly-capped Spain international Raul de Tomas, and in the final stages they could have scored multiple times with Barcelona flagging. The Blaugrana, as has so often been the case in second halves, looked exhausted.

“It’s not a physical problem, it’s a footballing one,” insisted Xavi after the game. He called on his side to show more personality in the final stages, staying faithful to their game plan instead of retreating and trying to batten down the hatches.

There are plenty of problems Xavi has to solve, starting with the visit of Benfica in the Champions League on Tuesday. It is a do-or-die clash, with a win guaranteeing Barcelona passage to the last 16, while any other result will leave them on the verge of being knocked out.

Xavi will be without some of his young talents, including teenage winger Ilias Akhomach whom he handed a surprise debut against Espanyol. He is suspended, while fellow youngsters Ez Abde and Ferran Jutgla cannot be registered to play in the Champions League.

With Ansu Fati, Ousmane Dembele and Martin Braithwaite all still out, Xavi is woefully short in attack.

Barca suffered a brutal 3-0 defeat in Lisbon against Benfica in September, which should have heralded the end of Koeman’s reign, but the Dutchman was given a stay of execution by dilly-dallying president Joan Laporta.

A lot has changed since that game off the pitch, but on it, Barcelona remain fragile. On Tuesday at Camp Nou, we will see just how far the Xavi effect can take them before he has time to get to work in earnest.

Victory would allow Xavi to maintain momentum and keep breathing life into a Barcelona in desperate need of resuscitation.