The world's best right-back? James confirming his status as a Chelsea - and Champions League - superstar 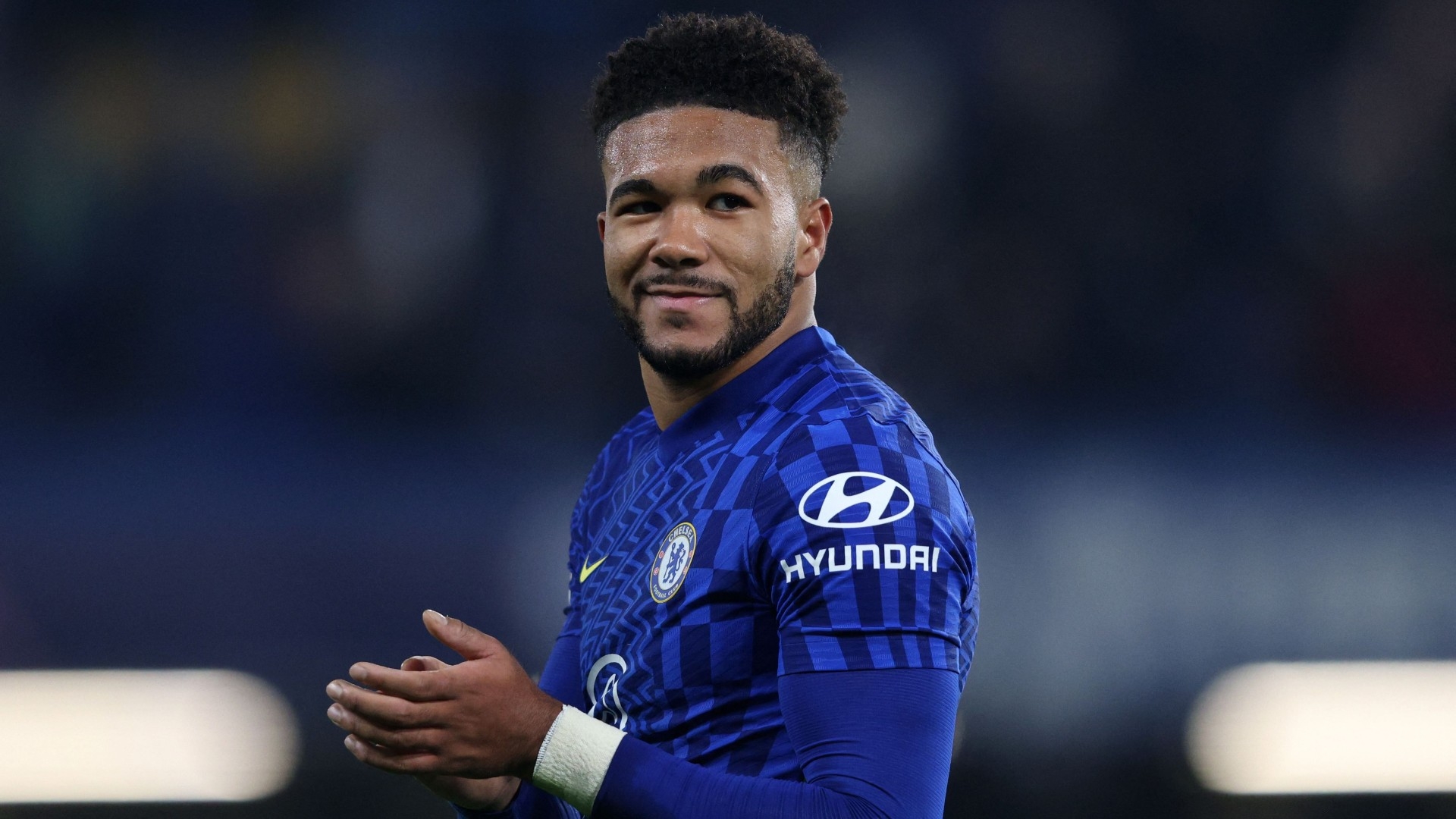 The England man is the Blues' top scorer this season, with Mo Salah the only other Premier League player with five goals and five assists in 2021-22

Reece James and the Champions League are striking up a special relationship, even if there have been some bumps along the way.

He enjoyed one of his early breakout moments in the Chelsea team when he netted the equaliser for the Blues in their memorable 4-4 draw with Ajax in 2019, though what followed in Europe that season he would sooner forget.

A 7-1 aggregate loss to Bayern Munich was humbling for James, who was run ragged by an emerging Alphonso Davies, highlighting the size of the step up he was needing to take having spent the previous season on loan in the Championship at Wigan Athletic.

Fast-forward 12 months, and having been guided by Thomas Tuchel, James was lifting the European Cup in Porto having been one of the outstanding performers in Chelsea's win over Manchester City.

Targeted by Pep Guardiola, James put in a supreme defensive display, highlighting the fact that he is more than just an attacking full-back who struggles when closer to his own goal.

That is not to say that his attacking output has diminished, and on Tuesday he again showed himself to be a constant threat in the final third as he helped put Juventus to the sword at Stamford Bridge.

The Champions League is the stage for the world's best players, and right now it is difficult to find anyone in better form or who is more well-rounded than James as a right-back.

Reece James is an absolute joke! 🤭

Another outstanding finish from the Chelsea star! 🔥 pic.twitter.com/iUdgv2XI8A

His arrowed strike across Wojciech Szczesny for Chelsea's second in their 4-0 win over the Bianconeri means he is now the Blues' outright top scorer this season with five goals, moving him ahead of £97.5 million ($136m) summer signing Romelu Lukaku, who has four.

James also has five assists to his name, with there only one other Premier League player with at least five goals and five assists in all competitions so far in 2021-22: Mohamed Salah.

The England international also played his part in the third goal of the night, showing deft control in box in the build-up to Callum Hudson-Odoi firing home, as well as the fourth, as his sensational cross-field ball helped create Timo Werner's stoppage-time strike.

There will be staunch opposition to the take that James is the best right-back in the world on current form from Liverpool supporters who back Trent Alexander-Arnold, and there are certainly arguments that can be made for both players.

But James' superior defensive abilities, as well his new-found eye for goal just gives him the edge, and that is an opinion that Three Lions boss Gareth Southgate seems to share if his selections over the past 12 months are been anything to go by.

Despite all that, Tuchel was cautious to name James as the best in the world in his position when asked by GOAL during Monday's press conference, perhaps in a bid to keep the 21-year-old focused on getting even better.

"Right now he plays as a wing-back, and he does this at a very high level," the German coach said.

"If he plays, he needs to be the best version of himself. He is improving, he takes responsibility and it is needed.

"He is far from finished in his development. He is super young. He has all the potential to be a big and important player for Chelsea and he is on his way.

"I feel he is dedicated and hungry for more, and that is what we want."

James himself is a man of few words, but when asked by GOAL about his current form during the recent international break, he said: "I would say this is the best that I have ever performed. Recent results and performances have shown that as well."

Before he met Tuchel, James was already an exceptional talent. He was the captain of Jody Morris' FA Youth Cup-winning team in 2018, and won the club's Academy Player of the Year award in the process.

He followed that up by being nominated for EFL Team of the Season in his first year as a professional at Wigan, but he remained a rough diamond.

Tuchel has polished that diamond, accentuating his physical and ball-striking gifts by simplifying James' game with clear instructions about what he can and cannot do in his system.

It led to a baptism of fire for James last season, where he was in and out of the team, facing the brunt of Tuchel's tirades from the touchline.

But along with his tactical improvements, he has added more mobility to his game, allowing him to be in positions to score more often, and turning him the complete wing-back.

The world's best? Right now, it is difficult to argue against it.